This article is written by Seep Gupta, a student currently pursuing B.A. LL.B. (Hons) from the Institute of Law, Jiwaji University. This is an exhaustive article which deals with whether abortion is criminalized or not.

Abortion is a process of removing an embryo or fetus before its full term. It is done keeping in mind the medical consequences and disabilities related to it. An abortion that occurs without any interference or intervention is known as a miscarriage. There are various reasons associated with miscarriages. When manual steps and manual intervention is taken by highly skilled medical experts and professionals, that process is known as induced abortion. Abortion is a safe procedure per se if it is done by a trained medical expert. This article will deal with different aspects of abortion such as legal, ethical, and religious aspects related to it. This article will talk about both pros and cons as to why abortion should be or should not be allowed. It will also talk about the statistics of unsafe abortions and how it can harm the health of a woman.

Statistics related to abortion all over the world

The trend of Abortion started in the late 1990s when an increasing amount of women wanted smaller families and more time on successive births and people started becoming literate. Earlier there were no provisions or laws regarding the regulated abortions. Nowadays more couples are opting for abortion.

According to the statistics and reports by the World Health Organisation, there are an estimated 40-50 million abortions that happen globally in a year. This is a revealing statistic. This statistic is equivalent to 1 lakhs 25 thousand abortions in a day.

Statistics related to abortion in India

In India, according to the medical journal of The Lancet Global Health, a total of 15.6 million abortions took place in the year 2015. It is equivalent to  7 lakhs in number according to the statistics provided by the Indian government. According to the same study, around 81% of women in India take medicines themselves to induce abortion in an unsafe manner without going to a hospital.

According to the reports of the International Institute of Population Sciences in Mumbai, among 81% of abortions, only 14% of abortions were done using the surgical procedures and only 5% of abortions were unsafe. Most of the Abortions do not require specific surgical or complicated methods, just a combination of two or more pills.

Abortions should be done with proper guidelines and effective methods prescribed by the World Health Organisation. But, unfortunately, only a quarter of abortions are done in the public sector. Unsafe abortion is the third leading cause of death in women in India. However, the proper medicines and safe abortion practices have reduced this number from 12% to 8% in recent years. But still, the number is significant.

In the developing countries, according to the survey done in the year 2010-2014, approximately 36 abortions take place out of 1,000 women between the age of 15-44 years. However, the rate has significantly declined in the subsequent years and especially in the years from 1990-1994. After that, no significant changes occurred.

The highest rate of abortion is seen among the women between the age group of 20-24 years. Abortions are fairly low in developed countries. Statistics have revealed that 3-16 per 1,000 women opt for abortion. These statistics are fairly low and abortions have declined in recent years. It is because of the highly advanced technology and the presence of highly skilled medical professionals.

Abortions laws are very rigid and strict in nearly 93% of countries all around the world, especially in developing countries. European and other developed countries are quite flexible and lenient when it comes to getting an abortion.

These statistics are 70% in European countries. To reduce the rate of abortions globally, the modern need for abortion procedures coupled with the advanced technology is needed.

Statistics related to abortion in Australia

According to one survey which was done in the year 2005, among the age group of women between 20-29 years of age. There were 83,210 abortions were performed in a year. The estimated rate of abortion in Australia is 19.7 per 1000 women between the ages group of 15-44 years of age.

This rate of abortion is quite higher than the abortion rate of other countries. In the same year that is in the year 2005, both Germany and the Netherlands had a lower rate of abortion as compared with Australia.

However, nowadays the estimated method of calculating the rate of abortion has changed in the past ten years. In recent years, the statistics point towards the reduced rate of abortion because of the widespread practice of medicated abortion and access to safe and healthy procedures.

Views of International Organisations on abortion

Different International Organisations possess different views regarding abortion. Amnesty organization which is a U.K. based non-governmental organization for the protection and preservation of human rights. According to Amnesty, people undergo abortions according to their needs and choice and not according to what the laws have to say. It is estimated that almost 25 million abortions take place every year across the globe which indeed is unsafe. Criminalizing abortions does not stop abortions but it will just make it less safe. It will only prevent doctors and highly skilled medical professionals from providing basic care.

According to Amnesty, every death because of unsafe abortions can be prevented. Over, the last 25 years almost 50 countries have changed their abortion laws and have made it much more lenient to access a greater number of safe abortions and to prevent the uncertain deaths caused by unsafe abortions. Access to safe and secured abortion is a basic human right for every woman. Criminalizing abortion will further stigmatize it.

Abortion is not only for the cisgender woman (people who relate with the gender which they have been assigned from birth) but also for people having trans and nonbinary sexual gender identities. Hence, they should also be provided with due care and proper abortion facilities.

Laws around the world

Supreme Court has legalized abortion in countries like the United States of America, Canada, Columbia, and Brazil. India has allowed abortion in case the woman’s life in danger beyond the 20 weeks gestation limit.

In Morroco, abortion law was established in 1920 when it was under French colonialism. But, in May 2015 a public debate arose on the cause of death of the women which was because of unsafe abortions. After this, the Moroccon Family Planning Association made some changes to abortion laws and formed a consensus ad idem that a woman can undergo abortion within the first trimester of the pregnancy. Abortion is only allowed in case if a woman’s life is in danger or the woman has been the victim of rape or incest.

Laws related to abortion in India

It legalizes abortions in case of failure of contraceptive devices and in case the woman’s life is in danger. This act was commenced after the recommendation given by the Shah committee.

The Indian Penal Code, 1860 also deals with the concept of Abortion. Section 312-316 in the statute deals with abortion. These sections are included for the purpose of saving the lives of women. They prevent and penalise any sort of induced and forceful miscarriages.

Criminalization of abortion: necessity or hazard

Abortion should not be criminalized. According to the Annual Health Survey from 2010-2013 that is carried out among the women of age group 15-58 years of pregnant women, the risk of women dying from unsafe abortion is 95% which is a very high percentage. 13 women die every day because of unsafe abortion practices.

Criminalization of abortion will further stigmatize it and it will increase the maternal deaths because of unsafe abortion practices. Instead of criminalizing, awareness should be created regarding it. Abortion should be criminalised in cases of sex determination that results in female foeticides as in the majority of the cases. There is already a separate provision that criminalizes the sex determination and it is governed by the P.C. P.N.D.T. (Pre-Conception Pre-Natal Diagnostic Techniques  Act) of 1994.

Abortion should be made feasible and instead of criminalizing, the people who practice it illegally should be dealt with strictly and laws related to it should be made lenient.

Abortion is still a taboo subject to talk about. Moral ethics especially religions have taken a strong stand against abortion. Religions often hold strong views regarding abortions. According to the majority of religious views, abortion is a sensitive concept which includes matters regarding, humans relationships, life, death, right, and wrong, etc.

Abortion is a pro-right and pro-choice of a woman. It’s an absolute right of a woman whether she wants to abort the baby or not. Effective measures and strategies should be implemented to provide more health care facilities and safer abortions to women. Countries should loosen up their local laws and provisions related to abortions so that more and more women have access to safe and effective abortions care, as criminalisation will further stigmatize it and it will increase the rate of unsafe abortions. 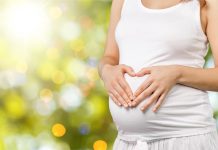 Medical Termination of Pregnancy Act, 1971 along with the Amendment Bill, 2020 : a critical analysis 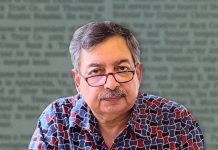 All you need to know about the Vinod Dua sedition case