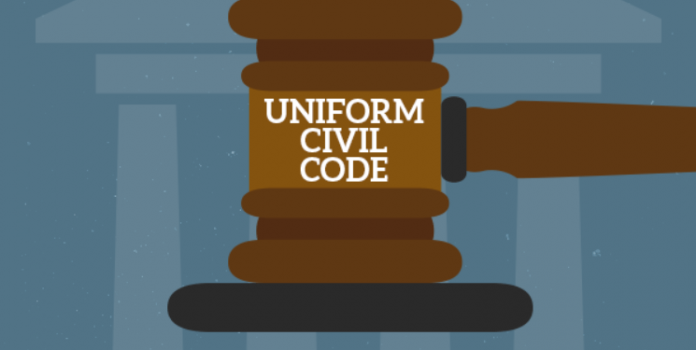 This article has been written by Vaibhav Sachde pursuing the Legal Writing For Blogging, Paid Internships, Knowledge Management, Research and Editing Jobs from LawSikho.

India is renowned for its ability to maintain its unity despite its diversity. This is a source of pride for us, but what about the diversity of applicable law? That has become a contentious issue since the first petition, filed in 2019 to seek the establishment of a Uniform Civil Code (UCC) in order to advance national integration and gender justice, equality, and the dignity of women. The concept of UCC will eliminate conflicting personal and religious laws, bringing all citizens under one law regardless of religion or gender. The applicability of UCC is found in Article 44 of the Constitution, which states that “The State shall endeavour to ensure for its citizens a uniform civil code throughout the territory of India.” The article is located in Part IV of the Constitution, which is dedicated to Directive Principles of State Policy (DPSPs). The UCC is inapplicable even when our constitution implies its application. This is because Article 37 of the Constitution expressly states that the (DPSP) Directive Principles of State Policy “shall not be enforceable by any court” but are “fundamental to the country’s governance.” It’s almost like a form of advice to the country.

Uniform Civil Code is a separate set of rules that primarily covers the personal matters of Indian people without prejudice or regard for religion in order to safeguard the fundamental rights and Constitutional rights of Indian citizens. DPSPs are the guiding principles around which the state bases its policymaking for the benefit of its citizens. These DPSPs serve as a guide for the state and must be considered when enacting new legislation, but a citizen cannot compel the state to obey DPSPs. In this article, we will attempt to understand why India requires the UCC in the current environment.

Though the concept of UCC has gained prominence recently, it has been discussed for a long period of time, most notably post-independence, because the British colonists always adopted a divide and rule tactic. This may be observed in The Lex Loci Report of October 1840, which emphasised the importance of keeping concepts such as UCC outside. Additionally, the Queen’s 1859 Proclamation vowed to abstain from interfering in religious affairs. However, this was not consistent with the point of view of India’s well-wishers, since notable leaders such as Jawaharlal Nehru and Dr B.R Ambedkar fought for a uniform civil code during the constitution’s drafting process following independence. However, to avoid resistance from religious fundamentalists and a general lack of knowledge on the subject at the time, they included the UCC in the Directive Principles of State Policy (DPSP, Article 44).

Several significant reforms, in fact, contributed to the promotion of UCC: the Hindu code bill to reform Hindu laws; the amendment to the Hindu Succession Act 1956 on September 9 to provide daughters with inheritance rights; the Hindu Marriage Act, Minority and Guardianship Act, Adoptions and Maintenance Act; and the Special Marriage Act for civil marriages outside of any religious personal law.

The need for Uniform Civil Code

After understanding the concept and background of UCC we will look at its need in India for the present scenario.

India has a history of severely patriarchal and misogynistic traditions perpetuated by society and ancient religious norms that continue to dominate family life. These subject all Indian women to subjugation and cruelty. One such example is that men are typically accorded superior special status in succession and inheritance affairs. Additionally, the UCC will eliminate these disparities and contribute to the improvement of women’s conditions in India.

India faces a serious problem with personal laws due to their bias toward the upper-class patriarchal conceptions of society in all religions. As may be seen, panchayats continue to issue verdicts that violate our constitution, and no action is taken. Human rights are abused throughout our country through honour killings and female foeticide. By legalising personal laws, we’ve established a parallel court system based on thousands of ancient values. By eliminating all loopholes, the universal civil code would tip the balance in favour of society.

A uniform civil code will contribute more to India’s integration than at any point since independence. Much of the resentment stems from some religious sects receiving preferential status under the law, which may be eliminated with a consistent civil code. It will contribute to the unification of all Indians, regardless of caste, religion, or tribe, under a single national civil code of conduct similar to that found in criminal and other civil laws.

While Muslims are permitted to marry many times in India, a Hindu or a Christian will face prosecution for doing the same. Similarly, there are significant disparities between many religious-related regulations. Equal laws in the areas of marriage, inheritance, family, and land are required. Here UCC serves as a saviour, bringing everything under one roof and assisting not only in ensuring greater equity but also in streamlining the legislative and judicial processes.

The concept of a uniform civil code will also aid in reducing vote bank politics, which is practised by most political parties during every election. If all religions are subject to the same laws, there will be no room for politicising issues of discrimination, concessions, or special privileges enjoyed by a particular community on the basis of their religious personal laws.

As we all know, secularism is a critical aspect of our nation, as reflected in our constitution’s preamble. At the moment, we practise selective secularism, which means that we are secular in some areas but not in others. A Uniform Civil Code requires all citizens of India to adhere to the same set of laws, regardless of whether they follow Hinduism, Islam, Christianity or Sikhism. A Uniform Civil Code does not mean that people’s freedom of religion will be restricted; it simply means that everyone will be treated equally. That is authentic secularism. Additionally, as previously stated, in modern classification laws and religion are two distinct concepts, and thus entwining them will result in social disruption and inequality.

With 55 percent of the population under the age of 25, India is emerging as an entirely different society. These individuals will be future India, and moulding them in an environment that is equal for everyone is essential for India. They are shaped by universal and global principles of equality, humanism, and modernism in their social attitudes and goals. Their concept of the surrender of identity-based on religion must be taken seriously if they are to fully contribute to national progress. Having a Uniform Civil Code allows children to understand the rules and respect the principle of equality in a better manner.

A Uniform Civil Code has become the hallmark of a modern progressive nation’s legal structure. It demonstrates the nation’s transition away from caste and religious politics. While our economic growth has been the fastest in the world, our social development has been non-existent. Indeed, it is possible to argue that we have degraded socially and culturally to the point where we are neither modern nor traditional. A unified civil code will aid in the advancement of society and help India achieve its goal of becoming a developed nation. 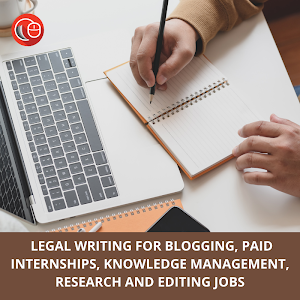 Indian Judiciary’s take on the need for Uniform Civil Code

Over time, there have been numerous judgements ruled by the Supreme court of India where it directly or indirectly recommends Uniform Civil Code

The Supreme Court’s decision in this case is regarded as a major milestone in highlighting the importance of UCC. The case concerned women seeking maintenance after being divorced under triple talaq. The women won in all lower courts, so the husband filed an appeal to the Supreme Court, which was dismissed because the Supreme Court ruled in favour of the wife as per the All India Criminal Code’s “maintenance of wives, children, and parents” provision (Section 125). In addition, the court recommended that a uniform civil code be established.

However, widespread agitation was carried out due to religious sentiments attached to the law, and as an outcome, the then-government, under pressure, passed the Muslim Women’s (Right to Protection on Divorce) Act (MWA) in 1986, rendering Section 125 of the Criminal Procedure Code inapplicable to Muslim women. As a result, the court was correct in emphasising the importance of UCC for having a common basis for jurisdiction.

In this case, relating to the issue for solemnizing of a second marriage by a Hindu spouse after converting to Islam. The court determined that a Hindu marriage solemnised in accordance with Hindu law may be dissolved only on one of the reasons listed in the Hindu Marriage Act 1955. Conversion to Islam and subsequent marriage would not automatically dissolve the Hindu marriage under the act, and therefore, a second marriage solemnised after conversion to Islam would constitute an offence under Section 494 of the Indian Penal Code (IPC). This made a need of UCC as it creates an ambiguous policy of marriage due to discrepancies between religious laws.

The case in which Section 118 of the Indian Succession Act was declared unconstitutional after John Vallamattom challenged it on the grounds that it discriminated against Christians by imposing unreasonable restrictions on their willed gifts for religious or charitable purposes. This demonstrated the inconsistencies under religious laws.

This case demonstrates how universally applicable law should prevail over unjust religious laws. In this case, Muslim Women’s Act (MWA) was challenged for violation of Articles 14,15 & 21 of the Constitution. The primary point of contention was the amount paid throughout the iddat period. The Supreme Court upheld the act’s constitutionality but interpreted it in accordance with Section 125 of the CrPC, holding that the amount received by a wife during the iddat period should be sufficient to support her during the iddat period as well as for the remainder of her life or until she remarries.

India is “Socialist, Secular, Democratic, Republic”. Diversity is the essence of India, but diversity in law is unjust. As the UCC would establish several laws to regulate individual situations affecting all people regardless of faith, this is both necessary and the cornerstone of genuine secularism. This dynamic shift would not only assist in ending gender-based oppression but would also strengthen the nation’s mainstream fabric and advance unity. There is a need to alter our social framework, which is rife with inequalities, divisions, and other factors that conflict with our Fundamental Rights.

With the passage of time, the necessity for a UCC for all citizens, regardless of religion, has arisen, ensuring the protection of their critical and constitutional rights. Finally, the lack of a standard civil code is damaging to the aim of achieving true democracy, and this must change.