This article is written by Varun Barma, pursuing a Certificate Course in Companies Act from LawSikho.com. Here he discusses “Significant Beneficial Owner”. 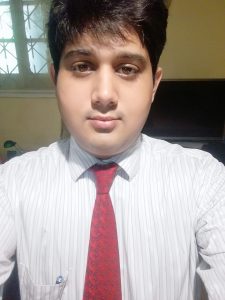 This term ‘Significant Beneficial Owner’ (SBO) comes generally based out of the ownership rights a particular individual, shareholder or stakeholder has in a company, organization or corporate. It has been largely noticed in the circumstances where the significant beneficiary ownership of a particular person is being taken into concern then the first things which are looked at are the individual’s percentage of shares held in the company , the percentage of voting rights that particular person has in a company and also how much is the person allowed to participate in the event of distribution of dividend by the company plus how much of that dividend is this significant beneficial owner entitled to keep.

The compliances under the law for this purpose are laid down under section 89 and section 90(1) of The Indian Companies Act, 2013. Due notices are required to be given to various authorities such as the Registrar of Companies or ROC, the National Company Law Tribunal or NCLT. Also along with these certain declarations are mandatorily required to be made by the concerned significant beneficial owners and certain forms are needed to be filled up such as BEN-1 BEN-2 BEN-3 and BEN-4. Since we are looking at the number or percentage of shares held by a person in a company we must make note that these shares include Equity Shares, American Depository Receipts (ADR’s), Global Depository Receipts (GDR’s), Compulsorily Convertible Preference Shares (CCP’s) as well as Compulsorily Convertible Debentures (CCD’s).

There needs to be a law on significant beneficial owners because it is important to identify the individuals who hold the maximum shares in a company and due regulation must be carried out for them separately as through the assessment of their performance one may be able to get a clearer picture of the future health and performance as well as well being of the company.

One primary reason for regulation of SBO’s is to find out their tax liability in comparison to the whole company and also the level of influence that one particular individual has on the decisions made in the company. This would help in the prevention of evasion of corporate taxes. Apart from this, it shall help to stop the undue influence of significant beneficial owner in the company on the other members.

The Central Government has the power to appoint inspectors to investigate into the matters and affairs of the company for the purpose of deciphering who the significant beneficiary owners are in the company and whether they meet the requirements under the Companies Act, 2013. The true beneficiary owners need to be known and not the wrong ones, which amounts to the detection of fraudulent activity within the company, well this is another reason where regulation is needed for SBO’s.

These investigating inspectors shall report on the matters of the company and gather information about its membership.

Four Essential Points to be noted for Identifying Beneficiary Owners

Declarations that are mandatorily required to be made by SBO’S

An SBO must significantly as per law submit a declaration to the concerned reporting company by filing Form  No. BEN – 1 within 90 days from the 8th day of February of the year 2019.

Any individual or person who when becomes an SBO and his ownership undergoes a transformation or changes then that particular individual must make a declaration of such change in Form No. BEN – 1 within a stipulated period of 30 days from the day or date he or she attains such significant beneficial ownership.

Due clarifications are also required to be reported and declared by SBO’s in general as well as in special cases wherein the period of 90 days or 30 days has expired or the declaration has been filed after the expiry date, clearly stating the reason of the delay.

ACTION 1 –  Company must ensure or verify that whether any person who is not an individual and is still holding more than 10 % of the shares, rights to vote, right to gain participation and involvement in the activity of distribution of dividends being given by the company, in the relevant financial year.

ACTION 2 – Due notices must be sent or are needed to be sent to these non – individuals in Form No. BEN – 4 thereby to extract information of the real or true significant beneficiary owners of the shares.

ACTION 4 – Attainment of Form No. BEN – 1 from the significant beneficial owner within 90 days from the date of initiation of these rules that is on the 9th of May, 2019.

ACTION 5 – Due filing and filling up of E-Form or Electronic Form No. BEN – 2 with the ROC or Registrar of Companies by the company. This step must be taken within 30 days of deposit of Form No. BEN – 1 by the SBO.

ACTION 6 – There is a specific register that is required to be kept in Form No. BEN – 3.

When the Subsidiary or the Wholly Owned Subsidiary company of the holding company files the SBO.

The SBO for the subsidiary or wholly-owned subsidiary will be the same SBO which was declared by the ultimate holding company.

The idea of SBO got conception from 8th February 2019, when the revised rules were notified.

The date when the individual declared as SBO in BEN-1 form, will be considered as the date of declaration under section 90(1).

The entire stake of the member in the reporting company shall be considered as a percentage which each SBO is holding.

In case of a Hindu Undivided Family or HUF, the Karta will be termed as the significant beneficiary owner.

Incorporated Section 8 Companies are not trusts as they are incorporated with a separate intention and a different motive besides they are formed under the Companies Act, 2013 hence the laws relating to trusts are not applicable to them.

The date when a certain individual is declared as an SBO must be duly disclosed in Form No. BEN – 1.

In another attachment, it is required by law to disclose in Form No. BEN – 2 that the shareholding of the member is for all SBO’s and not segregated amongst them.

In the special case where there are more than 9, SBO’s company may disclose the same in Form No. BEN – 2 thereby disclosing the additional SBO’s a reporting company has or separate filing can be done for the other SBO’s under Form No. BEN – 2.

Preference shares do not form part of equity shares as they do not carry any voting rights attached to them.

Change of holding of any SBO as when compared to the inception date which is 8th February 2019 is required to be disclosed in Form No. BEN – 2.