This article is written by Shrikar Ventrapragada, pursuing Diploma in Cyber Law, FinTech Regulations, and Technology Contracts from LawSikho.

Undeniably, the internet is becoming the worldwide information infrastructure. With the advancement in the security mechanisms and development in the legal provisions, that exist to protect the network of computers which store the valuable data of its users.

Phishing attacks aim at the weakest links i.e., the users who freely provide their users with their data without proper vigilance and care. In layman’s terms, a phishing attack is an attempt to trick and fool users into leaking their private information. Every phishing attack includes some type of social engineering, the attackers’ disguises as a trusted entity such as an e-commerce website, the IRS, etc, but in reality, it is a phishing campaign, just to trick you in and to take the bait.

Once the user is duped into opening the phishing email or the email spoof, it leads them to another web link and eventually leads to installing malware which may cause leakage in the user’s sensitive information. Access to critical information at times leads to a ransomware attack, in which the attackers demand a ransom in exchange for a person’s critical information such as login IDs and passwords, bank details, Credit card info, PAN Number, etc.

WannaCry is an example of a ransomware attack, it exploited the vulnerability in the Windows SMB protocol, it has a self-propagating mechanism that enables it to spread itself into other machines. In 2017, WannaCry spread rapidly and affected 150 countries, damaging 230,000 computers and causing damage of approximately $4 billion.  According to FBI reports, Phishing attacks were the most common type of Cybercrime in 2020.

In this type of phishing, fraudsters create a fake domain that pretends to be the website of a genuine organization and send multiple requests with a sense of urgency to frighten the readers and lure them into the trap of the attackers. Here is how a malicious email may look like: 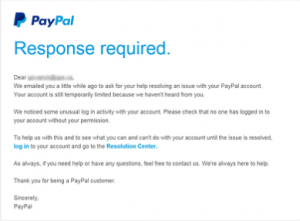 Deceptive phishing can be of various forms such as:

The success of a deceptive phish hinges on how closely the attack email resembles a piece of official correspondence from the abused company. As a result, users should inspect all URLs carefully to see if they redirect to an unknown and/or suspicious website. They should also look out for generic salutations, grammar mistakes, and spelling errors scattered throughout the email.

This is a type of phishing wherein the attackers aim at a particular target. Such a target can be a person or an organization as well. Fraudsters customize their phishing emails with the name of the target, their position, their place of work, phone number, and other details of the targeted person only to lure him into believing it to be true and that such a mail is in relevance to the target.

This type of phishing can commonly be seen in social media sites such as LinkedIn, wherein the whole bio-data of an individual is accessible to multiple data sources, which craft a spear-phishing email. 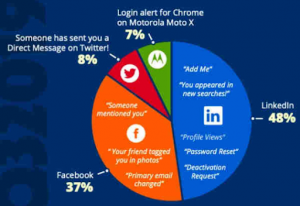 Examples of spear phishing are:

To protect against this type of scam, organizations should conduct ongoing employee security awareness training that, among other things, discourages users from publishing sensitive personal or corporate information on social media. Companies should also invest in solutions that analyze inbound emails for known malicious links/email attachments. This solution should be capable of picking up on indicators for both known malware and zero-day threats.

The content may be in the form of a customer complaint or a notice of summons and it shall be crafted in the interest of the person.

CEO fraud is the opposite of Whaling, as it involves a spoofed email, which is supposed to be from a senior executive to get other employees in an organization to perform a specific task, and it usually consists of sending money to an offshore account. There have been multiple instances of organizations losing hundreds of millions of dollars to such an attack.

Whaling attacks work because executives often don’t participate in security awareness training with their employees. To counter the threats of CEO fraud and W-2 phishing, organizations should mandate that all company personnel, including the executives, participate in security awareness training on an ongoing basis. Organizations should also consider injecting multi-factor authentication (MFA) channels into their financial authorization processes so that no one can authorize payments via email alone.

Vishing is the use of the telephone to facilitate a phishing attack. The fraudsters use an automated voice recording that makes false claims of random fraudulent activities on the target’s bank accounts or credit cards.

The fraudster portrays themselves as the real number of the bank or the institution they choose to showcase themselves as. From there, the victim is redirected to the call which is under the attackers, which asks them for their card numbers or account numbers to ‘resolve’ the claimed problem the target is facing (as claimed by the phishers).

The phishers use VoIP which is Voice over Internet Protocol to conduct phishing attacks.

There is a city named Jamtara in the state of Jharkhand, located in the Eastern region of India. It is known as the phishing capital of India. Between the brief period of 2015-2017, there were 14000 fake numbers recovered in this region. This district is known for its phone-call-related scams.

To protect against vishing attacks, users should avoid answering calls from unknown phone numbers, never give out personal information over the phone and use a caller ID app.

Smishing is the form of phishing wherein the fraudsters trick users by sending malicious text messages which contain websites links that are filled with malicious content. 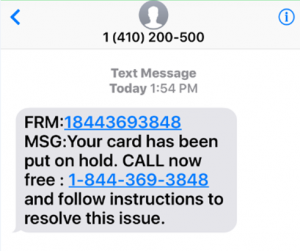 Opening these links triggers an automatic download of a phishing app that automatically installs ransomware in the device white permits remote access of the device from a remote unknown region. These messages involve provocative information about the user winning a lottery ticket or a smartphone or any random unknown gain to the user, which usually costs them a fortune in purchasing. The messages are strategically planned to ensure that the user is convinced to open the campaign that redirects them to the phished website.

There are also instances wherein the attacker pretends to be calling from customer service representatives and lures the users into handing them their data by helping them to contact the technical support team.

Users can help defend against smishing attacks by researching unknown phone numbers thoroughly and by calling the company named in the messages if they have any doubts.

Phishing attacks are known and users expect it beforehand and are hence prepared for it, hence most fraudsters are now using modern techniques of phishing.

Pharming attacks are the type of attack wherein cache poisoning is used as leverage against the domain name system (DNS). The internet can detect and thereby direct its users to a secured DNS server.

Now what a DNS does is, converts the alphabetical link of a website to a numerically formed IP address.

Example: www.google.com/ is formed into a numerical IP address.

Now in case of a pharming attack, the DNS server’s IP address is modified to that of the Phishing website, and the users have directed that website.

To protect against pharming attacks, organizations should encourage employees to enter login credentials only on HTTPS-protected sites. Companies should also deploy anti-virus software on all corporate devices and implement virus database updates regularly. Finally, they should stay on top of security upgrades issued by a trusted Internet Service Provider (ISP).

How can phishing be prevented?

Phishing can be prevented by following the below mentioned simple techniques:

Provisions for phishing under the Indian laws

Phishing is a fraud that is recognized as cybercrime and attracts many penal provisions of the Information Technology Act, 2000 (hereinafter referred to as ‘IT Act’). This act was amended in the year 2008, which added a few new provisions and solutions that give a scope to deal with the Phishing activity.

The sections which apply to phishing under the IT Act are:

The obstinate clause overrides the effect of the provisions of the IT Act over the other acts such as the Indian Penal Code.

All the provisions of the IT Act, 2000 which are relevant to the phishing scams are however made bailable under Section 77B of the IT Act (Amendments 2008). This is obviously because of the uncertainty as to who the real criminal is. There is always a translucent screen in front of the phisher which hides their identity and there may be cases wherein the wrong person is convicted for a crime that they have never committed, hence the reason for the offense to be made bailable.

Furthermore, as per the Indian Penal Code, Phishing can also be held liable under Cheating (Section 415), Mischief (Section 425), Forgery (Section 464), and Abetment (Section 107).

It is evident that cybercrimes are a major threat to the technology-growing world. As the technology intensifies so should the laws related to such cybercrimes, in this context phishing. There is no such overarching national law in India that oversees the collection and usage of personal data in India.

A few relevant laws which govern the protection of data in India include the Information technology act (amendment) 2008, Information Technology (Reasonable security practices and procedures and sensitive personal data or information) Rules, 2011.  i.e., the sensitive personal data or information) Rules 2011. On the other hand, the Reserve Bank of India has issued a directive on the storage of Payment System Data, the purpose of this directive is to ensure that the RBI can monitor payment by accessing all payments data. The RBI regulates the payment aggregators and payment gateways.

The United Kingdom has a dedicated Fraud Act 2006 which handles the misuse of technology, other such provisions under the legislation of the UK are the computer Misuse Act 1990 and Network and information systems regulations 2018. The UK is also a member of the Convention on Cybercrime.

It can be concluded that the Indian laws which govern phishing are similar to that of the laws of the EU and UK. But unfortunately, there are major gaps in the Indian laws. The SPDI rules are restricted and only apply to the personal data of individuals. The government agencies and non-profit organizations are immune from the SPDI compliances. The regulations set up by RBI are only restricted to the financial sectors and are hence limited in application. There must be sufficient safeguards to ensure the anonymized data cannot be re-identified, and no harm can be caused to the original data principal. Therefore, a law to regulate non-personal data is important to disincentivize cybercrime and ensure that businesses safeguard their resources.