This article is written by M.S.Bushra Tungekar from the University of Mumbai Law Academy. In this article, the author discusses the acquisition of Freecharge by Snapdeal.

The e-commerce industry in India is a rapidly growing industry with a growth rate of 51% annually. The rapid growth of the market indicates that more and more Indians are getting used to the e-commerce industry and its convenience. Therefore, there is much room for growth and development. However, the competition in this industry is fierce with the industry being dominated by  Flipkart, Amazon India, Zomato, Snapdeal, Swiggy, Nykaa, etc.

Over the years it has been seen that to grab a larger share of the market these e-commerce giants have acquired their competitors. A few of the recent acquisitions in the Indian e-commerce industry include Flipkart acquiring Myntra, PhonePe; Walmart acquiring Flipkart; Zomato acquiring Uber Eats and Snapdeal acquiring FreeCharge. In this article, we shall understand why Snapdeal acquired Freecharge, its strategies, and the effect of the acquisition.

The relation between Snapdeal and Freecharge

The acquisition of Freecharge was one of the biggest acquisition deals in the startup domain of Indian e-commerce. This deal was closed within a month. The reason for the quick deal closure was that the companies had previously collaborated on various campaigns and due diligence of the companies was not an issue, trust played an important factor. Alok Goel (the then CEO of Freecharge) in an interview stated that there was not much negotiation of price. Snapdeal had proposed a fair price. This deal did not involve any investment bankers and was purely based on trust and friendship.

Reasons for the acquisition of Freecharge by Snapdeal

The rationale behind Snapdeal choosing Freecharge

In an interview with CNBC-TV18, Snapdeal founder Kunal Bahl said that Freecharge’s platform for processing prepaid or postpaid recharges and payment of utility bills, attracted him to Freecharge. Freecharge was then the largest standalone platform providing these services to its customers, in India. Approximately 2- 3 million recharges done in India, were done online.

Freecharge over the years received a series of funding from investors such as Sequoia Capital, RuNet, Valiant Capital Partners, Sofina, and others. overall Freecharge was able to raise around $117 million from the fundings. Freecharge was one of the leading e-transaction companies in India back then.

Freecharge had initially started as a platform facilitating online prepaid recharges and payment of DTH, electricity bills, gas bills, etc. Further in 2012, they expanded their services to provide discount coupons equivalent to the amount of recharge done by a customer. Discount coupons given by Freecharge could be redeemed at famous retail and online stores.

The expansion in terms of the couponing started generating 10,000 transactions per day for Freecharge. Not only that, to increase the coupon redemption arena the brand tied up with various other e-commerce companies such as Myntra, and Jabong. The company’s growth further increased as the company launched an app for the transactions and in the year 2016, the company claimed a 99% payment success rate along with an estimated 10-seconds payment time. Freecharge also vouched for its customer loyalty. Freecharge had around 70% customer loyalty rate not only that around 5% of the customers were recurring users up to 5 times a month.

Operations after the acquisition

After the acquisition, Snapdeal became the largest mobile e-commerce company in India.

Snapdeal and Freecharge functioned independently. All 200 of Freecharge’s employees were retained in the company. Alok Goel also said that the employees were always informed about the progress of the acquisition so that there was no panic amongst them.

It puts the company in direct competition with e-commerce portals such as  Amazon India and Flipkart. Both the companies (combined) had over 1 million transactions daily. The companies collaborated smoothly to this deal and proved to be an important deal for its investors. Sequoia Capital, one of the most active early-stage venture capital investors in India got a share in Snapdeal.

Soon after the Freecharge acquisition, Snapdeal acquired Unicommerce and GoJavas for $ 17 million dollars and $ 40 million dollars respectively. It rigorously started to build its e-commerce system. For the Integration and management of so many teams, Snapdeal hired experts who did not come cheap.

However, on the other hand, the Snapdeal business was not doing very well in the year 2016. Customers complained about the services. Managing and handling so many parts was becoming a task for Snapdeal.

Aftermath of the deal

The highlights of the development of Freecharge after the acquisition:

The amalgamation of Snapdeal and Freecharge didn’t last very long. In the year 2017, as a part of Snapdeal 2.0, with a strong will, decided to sell Freecharge to Axis Bank. With the failure of the merger deal between Snapdeal and Flipkart, Snapdeal was in need of capital to keep the business going, at least until things got better in business. Due to its depleting cash reserves Snapdeal’s parent company, Jasper InfoTech made the decision to sell off Freecharge to Axis Bank for 385 crores.

With the capital raised from the Freecharge sale, Snapdeal was able to sustain and launch Snapdeal 2.0 in the market. The sale of Freecharge to Axis Bank was not a very profitable deal for Snapdeal but it was needed for its survival. Snapdeal had purchased Freecharge at $400 million and had sold it for only $60 million which is at a discount of almost 90%.

In spite of rigorous acquisition, Snapdeal’s market share dipped to 4% in the year 2017. Snapdeal acquired companies that were at its peaks. The contributing factor to its downfall was no differentiation.

Snapdeal failed to stand out in the crowd in any part of the business. Snapdeal was not excelling in any of the categories. Whereas, its competitors focused on specific categories and were exploiting those categories to most of their advantage. Amazon India and Flipkart’s one of the focused areas was the sale of mobile phones. They were having special mobile launches and deals. On the other hand, Snapdeal had no such tie-ups or launches.

Snapdeal could neither set a firm foot in the fashion industry products, it was unable to offer the variety and the kind of products that were being offered by Amazon India and  Flipkart and its subsidiaries Myntra and Jabong.

After the failure of the merger with Flipkart, which led to the sale of Freecharge, Snapdeal was in a state of chaos. However, Snapdeal turned around its fate with the launch of Snapdeal 2.0. Snapdeal team focused only on their core business, they realized it was best to move away from having multiple businesses all at once. They fixed their expenses and cost. They went over each and every process with a fine-tooth comb to reduce the cost. Cost optimization was one of their goals which helped them rebuild their brand.

Freecharge sale played a very important part in rebuilding Snapdeal as, without the payment from the sale, Snapdeal would have not survived. They strengthened the tea by improving the culture. Slowly by 2018, Snapdeal started to stabilize with a slow yet steady increase in sales. In July 2018, Snapdeal had twice the amount of orders on a monthly basis. They had also doubled their revenues along with cost optimization and reduction in cash burns. Snapdeal’s CEO Kunal Bhal tweeted that the company had recorded the highest number of monthly transactions in the history of the company. The company added over 60 thousand sellers. During 2019, Diwali, Snapdeal posted a growth of 52% and also claimed that the majority of orders were from non-metro cities and towns across India. Snapdeal has rejuvenated from its deathbed. It went from having no money to being in control and in the game once again.

Freecharge definitely has an eventful success story. Freecharge had gained a huge share in the Indian market by the way of mobile recharges. Freecharge raised millions of dollars through investors in various funding rounds. It was acquired by Snapdeal for $ 400 -$ 450 USD. It was hands down the largest M&A deal to take place in the Indian startup ecosystem. However, Snapdeal due to unfortunate circumstances had to sell Freecharge to Axis bank in 2017. 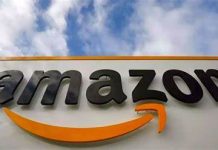 Acquisition of Selz by Amazon 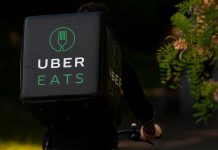 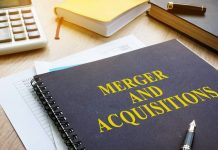