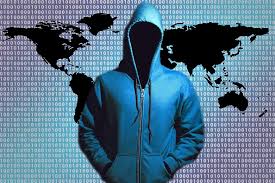 In this article, Shubham Prakash discusses Where to lodge a complaint if your social media account gets hacked.

In the age of the cyber world as the use of computers developed and became more popular, there was a manifold increase in the growth of technology as well, and the term ‘Cyber’ became more conversant to the general public. The growth of Information Technology (IT) gave rise to the cyberspace where internet provides ample amount of opportunities to the people to gain access to any stored data or information or analyze the data with the use of modern technology. Due to an unprecedented upsurge in the number of citizens, the misuse of knowledge and technology in the world of cyberspace was gripping up which subsequently gave rise to cybercrimes at the national as well as international level.

Though the word Crime in its general meaning means “a legal wrong that can be followed by criminal proceedings which may result into punishment” on the other hand Cyber Crime is “unlawful acts wherein the computer is either a tool or target or both”.

If someone asks that what is one the most dreadful fears of today, the answer will be “this username and password does not match”. Whenever we misspell our password, we have a latent fear that our account has been hacked by someone. We have all encountered experiences when our friends post on Facebook saying that their account has been hacked and the “hacker” is posting things (mostly objectionable) from their profile.

It’s not a hidden fact that the internet gives us the uncontrollable amount of powers. It is nothing less than a second identity, and when someone steals then it is no less than an offence of theft. It can happen that sometimes our email accounts are hacked by viruses and this is generic without attributing any special reason, for example, just by clicking a link on a website, it starts posting on your behalf. These cases are mostly of less serious nature and can be remedied by changing passwords. The crux of the problem lies when the account is backed by a third person who does so with a mala fide or bad intention, like revenge, hatred or sadistic pleasure or any other reason. The problem reaches to its pinnacle when the accounts of popular public figures get hacked and their confidential information is leaked to the general public or even worse when the hackers post on their behalf to the fans that take their word as gospel.

Now, the most important question which arises is that how does an account get hacked? There are a lot of ways to hack into an account, like an email account or any social networking account like Facebook, Twitter, etc. The first and the most common would be, when one discloses his or her password to another person, this usually is one of the most common ways which is used by people for taking revenge. Another negligence which people usually do is forgetting to log out from public computers. The more technologically advanced way of hacking is Phishing, Cookie Hijacking and Keylogging. Phishing is, when a person provides information about oneself (name, address, passwords, bank details etc.) on the false belief that the information has been sought by a valid website, wherein actual reality it is a fake one, which looks exactly like the original one but created to use the information provided, for identity theft. Cookie Hijacking is the process of using the user data stored on someone’s computer to get information about their online accounts. Keylogging is a more sophisticated means of hacking, where the hacker with the use of certain software and hardware can know your passwords by the keys you type on your computer.

If somebody has hacked your social media account, then it is the duty of the concerned person to get the account blocked as earlier as possible, so that it is not misused. If a hacker has automatically logged in to your social media account (facebook), then the person should not worry. They should directly go to the menu, select the settings and answer those security questions which they were asked at the time of creating the account. The social media account will provide the person with all the location from where the hacker logged in. If the people see that he or she has not logged in from that location then there they can click on End Activity in order to end the session. The hacker will be logged out temporarily and the person should change the password as fast as possible. Then the person should directly go to the help page and click on ‘I think my account was hacked or someone is using it without my permission’ and then click on secure it. Then finally your account will get secured.

Can I take legal action against the hacker?

If you are thinking that this post will only advice you to keep your password protected, then you are highly mistaken because the Information Technology (IT) Act of 2000 does provide legal remedies to sue a hacker.

Section 66 of the Information Technology Act deals with the offence of “hacking with a computer system”- ‘whoever with the intention to cause or knowing that is likely to cause’, which means that mens rea is needed in order for this to be an offence. The act is of causing misfortune and harm wrongfully, to all individuals at large or to a particular individual specifically by changing any data without the individual’s assent or knowledge. The access to the account must be secured by the unscrupulous means and should make some serious damage to the person. Sub-section (2) expresses that the punishment would be detainment of up to three years or a punitive fine of up to two lakhs or both. This demonstrates the Indian courts do consider the wrongdoing of hacking seriously and the punishment is practically identical to robbery.

Similarly, Section 66C of the Act deals with the Punishment for identifying theft. According to this section, the dishonest or inappropriate use of an electronic signature or password could result in imprisonment of either description for a term, which may extend to 3 years and fined up to 1 lakh rupees.

The next important question of where to file a complaint: most states have their cybercrime cell websites, where you can file a complaint, with the required documents. A simple Google search can help you to locate the contact details of the correct cyber crime cell that is designated for your jurisdiction. In addition to this, any person can reach their nearest police station for the addressable of their grievances.

The online lodging complaint on the website has made work easier for the informant as well as for cyber cell. After filing the complaint the informant can check the current status of the case.

Let’s consider a situation where a person is in Goa for a vacation but lives in Ranchi and the account gets hacked? Where will they lodge a complaint?

Solution: The person can file a written complaint with the immediate cyber cell in the city. The IT Act, 2000 provides that a cybercrime has global jurisdiction which means that the person can report in any cybercrime irrespective of the place where the act was committed. At the time of reporting the person should provide the head of cyber crime cell with their full name, contact details and mailing address along with their application.

If cyber crime cell is not available?

If the cyber crime cell is not available then a complaint should be made to police in consultation with legal counsel and should provide with the necessary documents depending on the nature of the complaint.

If you think that the Indian legal system has not taken steps to prevent cybercrime, then that opinion should be altered. The question is how effective is the crime control system. There are laws, but is the police-force adroit enough to combat terrorists who are up to date in cybercrime warfare? Can these same provisions apply to criminals that infiltrate government security systems and cause significant grave danger to the country? With most of the classified data being kept and processed online, the cyber cell has to be more alert and cautious in order to combat this new threat. For this, they need to employ experts from the cyber field who are well-versed to deal with cyber crimes. Cybercrime is not just hacking Facebook or E-mail accounts, it goes much deeper and to serious incidents which can have far-reaching consequences for an individual person or a nation as a whole. As for people like us, we should keep our friends close and our online accounts closer.