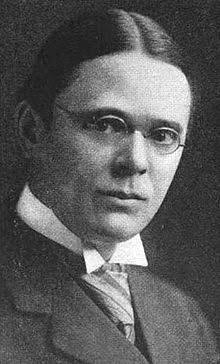 In this article, Sourav Bhola of RGNUL discusses the sociological school of jurisprudence.

“All collective human life is directly or indirectly shaped by law. Law is like knowledge, an essential and all-pervasive fact of the social condition.”

In early time, rules and laws are originated from the only custom to govern the society which had only a social sanction. Then, the supremacy of King and priest came. then, after the revolution and changes, the balance between the individual interest and welfare of society was realized.

The main subject matter of sociology is Society. Sociology is the study of society, human behavior, and social changes.  And jurisprudence is the study of law and legal aspect of things. The Sociological school of Jurisprudence advocates that the Law and society are related to each other. This school argues that the law is a social phenomenon because it has a major impact on society.

August Comte (1798-1857) was a French Philosopher. The term “Sociology” was first used by the Comte and he described Sociology as a positive science of social facts. He said that Society is like an organism and it could progress when it is guided by Scientific Principles. Thus, he makes great efforts to use the law as a tool by which human society maintains itself and progresses.

After Comte, many Writers and Jurist tried to connect the society and law together. And tried to find a link between law and sociology.

Meaning of Sociological school of Jurisprudence

The idea of Sociological School is to establish a relation between the Law and society. This school laid more emphasis on the legal perspective of every problem and every change that take place in society. Law is a social phenomenon and law has some direct or indirect relation to society. Sociological School of Jurisprudence focuses on balancing the welfare of state and individual was realized.

In the words of Ehrlich, “At the present as well as at any there time, the centre of gravity of legal development lies not in legislation, nor in the juristic decision, but in society itself. ”

Sociological School of Jurisprudence studies the relationship between the law and sociology. Every problem or concept has two different aspects. One is sociological view and other is a legal aspect. For example Sati.

Legal and Sociological aspect of Sati

Sati was the ancient Indian practice of burning the widow on her husband’s funeral pyre.

Sati Pratha was first abolished in Calcutta in 1798. A territory that fell under the British jurisdiction. A ban on Sati was imposed in 1829 in the British territories in India. In today’s time, the practice of Sati is banned under the Prevention Of Sati Act (1987) which makes it illegal to force or encourage anyone to commit Sati.

In today’s era of escalating feminism and focus on equality and human rights, it is difficult and amiss to digest the ruthless Hindu practice of Sati. Indeed, the practice is outlawed and illegal in today’s India.

Reason for the emergence of Sociological School of Jurisprudence

According to the Britannia dictionary, “ Laissez-faire is the policy of minimum governmental interference in the economic affairs of individuals and society.” [1]

The sociological approach to jurisprudence which resulted out of the change in the political shift from the doctrine of the laissez-faire, the industrial and technological revolution and finally the historical school bringing into focus the relationship between the law and social welfare State of the modern century, has attempted to study law as seeking social origin of law and legal institutions, testing law as a given social phenomenon and lastly judging law by its social utility. [2]

Jurist of the Sociological School of Jurisprudence

Montesquieu was the French philosopher and he paved the way of the sociological school of jurisprudence. He was of the view that the legal process is somehow influenced by the social condition of society. He also recognized the importance of history as a means for understanding the structure of society. And explained the importance of studying the history of society before formulating the law for that society.

In his book ‘The Spirit of Laws’, he wrote “law should be determined by the characteristics of a nation so that they should be in relation to the climate of each country, to the quality of each soul, to its situation and extent, to the principal occupations of the natives, whether husbandmen, huntsmen or shepherd, they should have relation to the degree of liberty which the constitution will bear, to the religion of the inhabitants, to their inclinations, riches, numbers, commerce, manners, and customs.”

Eugen Ehrlich was considered as the founder of Sociology of law. Sociology of law is the study of law from the sociological perspective. Ehrlich considered society as a main source of the law. And by society, he means “association of men”.

Ehrlich had written that “Centre of gravity of all legal developments is not in legislation or judicial decisions but in society itself.”

Pound was an American Legal Scholar. His view is that law should be studied in its actual working and not as it stands in the book.

According to Pound, “Law is social engineering which means a balance between the competing interests in society,” in which applied science is used for resolving individual and social problems. [3]

He mentioned that everybody has its own individual interest and considered it supreme over all other interest. The objective of the law is to create a balance between the interests of the people. For Example, Article 19 of the Indian Constitution provides ‘Rights to speech and expression’ but on the other side, State put some restriction on this right. And when the conflict arises between Individual right and State’s restriction, then the law comes to play its part. And solve the conflict between the interests.

These are claims or demands involved from the standpoint of the individual life which consists of interest of personality, interest in domestic relations and interest of substance

These are the claims or desires asserted by the individual from the standpoint of political life which means every individual in a society has a responsibility towards each other and to make the use of things which are open to public use. Interest in the preservation of state

These are the claims or demands in terms of social life which means to fulfill all the needs of society as a whole for the proper functioning and maintenance of it. Interest in the preservation of general peace, health, security of transaction’s, preserving social institutions like religion, politics, economic

Roscoe Pound mentioned the five Jural Postulate and mentioned that the interest mentioned in these jural postulates should be protected and nourished.

An interest of protection from any intentional aggression. For Example, Assault, Wrongful restraint, Battery, etc.

An interest of securing his own created property by his own labour and hard work. E.g. agricultural land, any music or artistic things.

Protection against Defamation and unreasonable injury caused by the negligent act of another person.

Similarly, In case Ryland Vs. Fletcher Protection of our interest if the injury caused by the things of another person. It is the duty of other people to keep his/her things with his/her boundary and should look after that thing to avoid injury to other people.

Leon Duguit was a French Jurist and leading scholar of Droit Public (Public Law).  He was greatly influenced by the Auguste Comte and Durkheim. He gave the theory of Social Solidarity which explain the social cooperation between individuals for their need and existence.

The objective of the law is to promote Social solidarity between individuals. And Leon Duguit considered that law as bad law which does not promote social solidarity.

Further, he also said that every man had the right and duty to promote social solidarity.

For Example, in India, the codified laws are followed by everyone. Hence, it promotes Social Solidarity.

(1) The sociology of law aims at grasping law in its working;

(2) it is to provide expert advice for social engineering;

(3) the sociology of law makes an attempt to shape its studies so as to make them useful for practical applications; and

(4) the sociology of law struggles with reality.

Thus, the sociology of law aims at the understanding of legal and social phenomena, whereas the main concern of the traditional approach to jurisprudence is to undertake analytical-linguistic studies.

Every problem in Indian has two aspects, one is legal and other is Sociological aspect. like, the legal aspect of Female Infanticide is in 1795, infanticide was declared to be murder by Bengal Regulation XXI. The British government took steps against the evil of female infanticide and propaganda the same. And its sociological aspect is that nature designed both sexes for the perpetuation of the human races. Gender equality and the empowerment of women were considered one of the eight Millennium Development Goals by the United Nations Population Fund in 2001.

Jurists of Sociological School of Jurisprudence are August Comte, Eugen Ehrlich, Roscoe Pound, and Duguit. August Comte was of the view that Society is an organism and it could progress when it is guided by Scientific Principles. While the Eugen Ehrlich argued that the “Society is the main source of law” and Roscoe Pound compared the lawyers with Engineers. And argued that the objective of the law is to solve the conflict between the Individual Interest and State Interest.