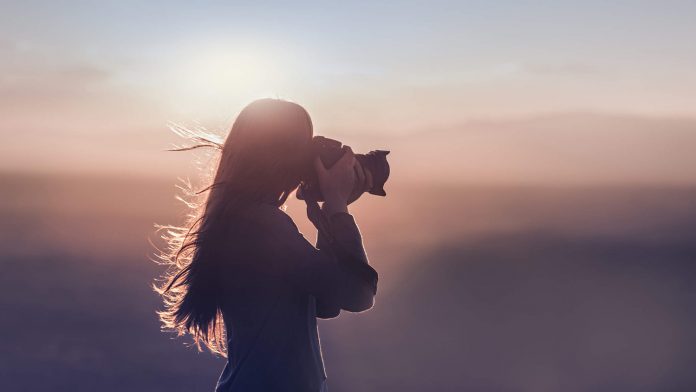 This article is written by Khadeeja Zaidi who is pursuing a Diploma in Cyber Law, Fintech Regulations and Technology Contracts from Lawsikho.

Everyone these days seems to be a photographer. One thing required is a smartphone and thus more people haven’t ever snapped pictures of oneself, others, and, sometimes, scenery throughout the world’s history. But how does it lawfully fall out only when you take images of individuals without their consent? If you press the camera icon, it primarily depends on where those individuals are.

And that’s the issue about whether to click or not to click. Public figures love to have their images taken, at least when they look nice and dolled up, while perhaps ordinary folks don’t. Suppose you’re a photography enthusiast or even one of the millions of citizens who have a smartphone with a built-in camera. In that case, you might wonder: is it against the law to take images of people without consent from them?

Is it illegal to click pictures of someone without their consent? Usually, you can capture any images you want of people in the public area, such as a park, a beach, or a plaza in the city. As they have agreed to make themselves in a public space and have no rational sense of privacy, it is legal. If you take a hundred photographs of people enjoying the park or a political event, a relay, or a music fest, it’s all nice and generous.

Folks have no rational right to privacy across crowded locations, from where they travel, to who they get on, and what they experience when they are there. For instance, individuals do not object to capturing a couple kissing on the beach and then publishing the newspaper’s picture. Even if either of the both appears to be married to somebody else, and the wedding ends because of the image, they have no accusation against you.

Similarly, you are within the rights if you capture images of somebody consuming cocaine, wearing a swimsuit 2-3 times smaller size, being intoxicated or smacking their child. An exemption is that within the specific room of the public place that individual was captured is where he has a legitimate right of personal liberties.

In certain areas, although these are public, several people seek privacy. When these assumptions are found appropriate by the judiciary, you can not snap pictures of other people in such places. Individuals have been observed to have adequate privacy requirements in public toilets, changing booths in the pool, and dressing rooms in retail shops.

And people usually possess valid requirements of privacy while they stay back home with their family members. Which ensures you cannot capture images of people within their home without their consent. The principle continues even though you stand on a public pathway gazing through a windshield without using a digital camera. Such type of image is in breach of their rights.

Like a store or theatre, private property owner controls whether you can take pictures there or not. Ask before you snap. The landlord retains the authority to throw you off if you take photos without permission, and, If you don’t agree to leave, you can sometimes be arrested for trespass. This rule also applies to some businesses owned by the public, like a public library or a government building.

When is capturing a picture of a breach of privacy rights?

Also, whether photography infringes the right to privacy of a person depends mostly on the reasonable expectation of the person’s privacy (REP). The more public a location is, the less REP an individual has.

From the other end, you might honestly seek privacy while you’re in your residence or some different private location. In some instances, you have a REP when you are in a public location, just like a restroom in a park.

Another aspect to look at this is through the perspective of a photographer. It is usually acceptable for anyone to capture pictures at any public place or private place they own or rent. Being active on somebody else’s private property usually requires the owner’s permission to capture photographs.

If the photographer captures pictures for such a cause, which further violate the rules — such as harassing or stalking — that would be another issue.

SECTION 354: Assault or criminal force on a woman to violate her modesty

Whoever assaults or uses criminal force to any woman, intending to outrage or knowing it to be likely that he will thereby outrage her modesty, [shall be punished with imprisonment of either description for a term which shall not be less than one year but which may extend to five years, and shall also be liable to fine.]

Explanation 1- For this section, “private act” means an act of surveillance carried out in a position that can reasonably be required to provide privacy in the circumstances and where the genitals, posteriors or breasts of the victim are exposed or covered only in underwear; or where the victim is using lavatories, or where the victim is engaged in a sexual act which is not of a kind normally performed in public.

Explanation 2- Where if the victim consents to the capturing of the images or any act, but does not permit them to be circulated to third parties, and where such picture or act is circulated, such distribution shall be treated as an offence under this section.

Prison of not less than one year, but which may stretch to three years and with a fine for the first offence, shall be unrecognizable and shall be entitled to bail by any class of magistrate.

While the imprisonment of not less than three years but which may extend to 7 years and with a fine for a second or subsequent conviction is Cognizable and Non-bailable, can be tried in the court of any Magistrate.

The laws vary from location to location. In Germany, for instance, it is plain illegal to shoot photos of people, except for narrow exceptions (they are in the background of a tourist photo, they are a public figure and this photo is intended for news, etc.) In the U.S., photography is considered a form of speech, thus very broadly protected by the First Amendment. And in Saudi Arabia, we have something in between these two.

In Hong Kong, some government-owned public property, including law courts, government offices, libraries, civic centres and some museums in Hong Kong, photography is not permitted without government permission. It is unlawful to set up or take photos and videos at a public entertainment facility, such as multiplexes and indoor movie theatres.

In the case of private property, photography can be forbidden or prevented by the property owner.

Private land photos commonly available to the public (e.g., shopping malls) are generally allowed unless forbidden explicitly by the sign displayed. Even though no such indications are shown, the owner or agent might ask the individual to stop taking photos, and if the individual refuses to capture the pictures, the owner or agent might request the individual to exit; in some countries, the person who refuses to depart may also be convicted for criminal offences, and several jurisdictions accept the common law right for using legitimate force to control the offender; the person who physically retaliates;

In Hungary, as of 15 March 2014, when the long-awaited Civil Code was issued, the law re-established what had been a regular practise, namely that an individual had the right to refuse to be captured. However, there is implicit consent: it is not illegal to take pictures of a person who does not oppose explicitly.

Photography of persons in public seems to be legal in South Africa. The replication and sale of images of people are permitted for the editorial and restricted business purpose of appropriate use. There is still no case law to describe the boundaries of commercial usage. Civil law requires the approval of any identified person for advertisement and promotional purposes. The property, including animals, does not enjoy any special consideration.

The rule of Mexico is identical to that of the United States. Authorities can intimidate or prohibit the operator of the cameras from approaching near boundaries of government buildings.

But for much of the Western world, the general idea is that you have the right to take pictures of people.

But then we start getting into the specific scenarios in which limits are applied. And it is here that we find the “right” to do this endures many different limits based on local culture.

It can be concluded by saying; there should be restrictions imposed on such photography to prevent misuse of it. As in today’s world, it can be seen technology is highly being misused. Hence such photography might turn out to be another mode of crime.