This article is written by Suryansh Singh, a 3rd-year law student from Indore Institute of law. This article mainly discusses the schools of Hindu law acting as the major source in developing the roots of Hindu law.

Ancient sources are the source that developed the concept of Hindu law in ancient times. It is further classified into four categories

The term Shruti means what has been heard. It contains the sacred words of the god. This source is considered to be the most important and essential source of all. Shruti’s are the sacred pure utterance that has been enshrined in the Vedas and the Upanishads. They have religious nexus with a person and helps him in a way to attain the knowledge of salvation and incarnation. It is considered to be the primitive source containing the knowledge of the law.

Smritis are considered as text which has been remembered and then interpreted by the rishis throughout the generation. There is a further classification of the term Smrities which are as follows

Customs is the tradition that has been practiced in society since ancient times. It is the type of practice which is under the continuous observation of the people has been followed by the people.

Further, the customs have been classified into two categories-

Legal custom is those customs which are enforceable or sanctioned by law. It can’t be deemed invalid until the law itself declares it invalid. There are two types of legal customs.

Local customs are the customs that are practiced in a local area. This type of custom is not highly recognized.

General customs are the customs or traditions which are practiced in a large area. This type of custom is highly recognized by people.

Conventional customs are customs that are related to the incorporation of an agreement and it is conditional.

What are the essentials of a custom?

Following are the essential points which constitute a custom-

In the instant case it was held that in order to become legally sanctioned by law and binding on the people a custom must be continuous in practice, it should not be vague and ambiguous and should not oppose the well established public policy. A customary rule must be in the complete observation of society.

In the instant case, the supreme court stated that a custom becomes legally enforceable when the majority of people make the continuous use of such practice.

In the instant case the supreme court stated that a custom brought before a court several times, the court might hold that such custom has been enforced by the law with the necessity of its proof.

The legislation is considered to be the codification of customs which plays an essential role in expanding the concept of Hindu law. Legislations are enacted by the parliament.

This rule is considered to be the fairest and reasonable option available to a person.

In Gurunath v Kamlabai the supreme court held that in the absence of any existing law the rule of justice equity and good conscience was applied.

In the instant case, the privy council barred the murderer from inheriting the property of the victim.

The legislation is considered to be the most important source of Hindu law. It is considered as a base for the growth of Hindu law in the modern world. It has been stated that in order to meet the new conditions of the society it became a necessity to codify the law. 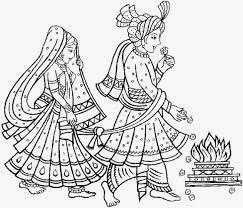 Schools of Hindu law are considered to are the commentaries and the digestives of the smritis. These schools have widened the scope of Hindu law and explicitly contributed to its development.

The two major schools of Hindu law are as follows-

Mitakshara School: Mitakshara is one of the most important schools of Hindu law. It is a running commentary of the Smriti written by Yajnvalkya. This school is applicable in the whole part of India except in West Bengal and Assam. The Mitakshara has a very wide jurisdiction. However different parts of the country practice law differently because of the different customary rules followed by them.

These law schools come under the ambit of Mitakshara law school. They enjoy the same fundamental principle but differ in certain circumstances.

This law school comes under the authority of the Mitakshara law school and covers  Northern India including Orissa. Viramitrodaya Nirnyasindhu vivada are some of its major commentaries.

This law school exercises its authority in the territorial parts of tirhoot and north Bihar. The principles of the law school prevail in the north. The major commentaries of this school are Vivadaratnakar, Vivadachintamani, smritsara.

The Maharashtra law school has the authority to exercise its jurisdiction over the territorial parts including Gujarat Karana and the parts where there is the Marathi language is proficiently spoken. The main authorities of these schools are Vyavhara Mayukha, Virmitrodaya, etc.

This law school tends to cover the whole southern part of India. It also exercises its authorities under Mitakshara law school. The main authorities of this school are Smriti Chandrika, Vaijayanti, etc.

This law school was predominantly established in east Punjab. It had established its own customs and traditions. The main commentaries of this school are viramitrodaya and it established customs.

Dayabhaga school predominantly prevailed in Assam and West Bengal. This is also one of the most important schools of hindu laws. It is considered to be a digest for the leading smritis. Its primary focus was to deal with partition, inheritance and joint family. According to Kane, it was incorporated in between 1090-1130 A.D.

Dayabhaga school was formulated with a view to eradicating all the other absurd and artificial principles of inheritance. The immediate benefit of this new digest is that it tends to remove all the shortcomings and limitations of the previously established principles and inclusion of many cognates in the list of heirs,  which was restricted by the Mitakshara school.

In Dayabhaga school various other commentaries were followed such as:

What is the difference between Mitakshara and Dayabhaga school?

The difference in relation to the joint property

The difference as regards to inheritance

The doctrine of factum valet

The doctrine of “factum valet quod fieri non debuit” means what ought not to be done becomes valid when done. This principle was formulated by the authors of the Dayabhaga school and was recognised to a limited extent by the followers of the Mitakshara school. The doctrine of factum valet states that once an act is done or a fact is accomplished it can’t be altered by the written texts of laws. As the fact is considered to be a concrete establishment and is deemed to be legally binding.

It can be concluded that Hindu law is considered to be the most ancient and prolific laws in the world. It has been around every phase. It is about 6000 years old. Hindu law has been established by the people, not for the purpose of removing any crime or transgression from society but it was established so that the people will follow it in order to attain salvation. Originally Hindu law was established so that the need of the people gets fulfilled. The concept was initiated in for the welfare of the people. There is the two-fold classification of the sources of the Hindu law

Schools of Hindu law are considered to be the basic source of Hindu law which constituted in the development of the Hindu law from its roots. It is also known as the commentaries and the digestives of the smritis. These schools have widened the scope of Hindu law and explicitly contributed in its development.

To know more about the concept and topic of sources of Hindu law, Please Click Here.