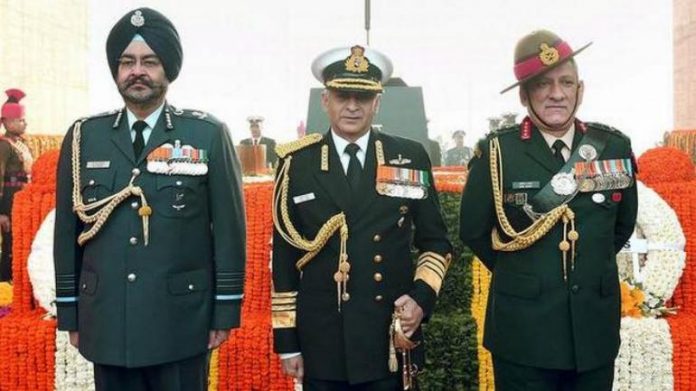 This article is written by Mukti Gupta. This article has been edited by Ojuswi (Associate Lawsikho).

Earlier, the SPG’s authorization contained protection of the Prime Minister’s “parents, wife, and children” residing anywhere in the whole country during the term of service and for an extra five years after the service. But now after the Special Protection Group’s 2019 amendment, SPG protection can only be provided to the current Prime Minister of the country.

The assassination of Prime Minister Indra Gandhi by two of her Delhi Police security personnel in October 1984, made the committee of secretaries of the Ministry of Home Affairs think about the Prime Minister’s security more seriously, because of this it was decided that the security of the Prime Minister will be handed over to the exclusive unit called STF. These decisions were primarily taken as temporary measures.

The Birbal Nath Committee was set up by the Ministry of Home Affairs on 18 February 1985, to observe the issue and submit a suggestion to the government for the prime minister’s protection. In March 1985, the Agency submitted its reference for building an independent agency for the prime minister’s safeguard, named the Special Protection Unit (SPU).  On 30 March 1985, the Indian President, by executive order, built 819 jobs for the unit within the Cabinet Secretariat. Later on, this unit is known as the Special Protection Group, led by a leader who would be an Indian Police Service officer with the rank of Inspector General of Police.

S. Subramaniam, joint Director in the Intelligence Bureau, first Director of SPG. Primarily, the formation of SPG required a new allotment of duties to different agencies worried about the Prime Minister’s security. While the posts allotted were only 819 the new agency was facing a lack of manpower to provide extensive safeguard to the Prime Minister’s family, workplace, residential area, and dependents Following that they were dependent on the Delhi Police and state police units for logistics and conveyance. At this point, the Blue Book, an existing manual for the protection of the Prime minister, was amended to incorporate new proximate security protocols.

In the new schedules, on domestic visits, the Intelligence Bureau and involved State Police were liable for synchronization, gathering, and propagation of intelligence affecting the Prime minister’s security. Physical Security arrangements for the Prime Minister were divided into two layers named State Police and the SPG. From April 1985 to June 1988, The SPG managed the authority of its constituting executive order for three years without legislation. That year, Rajiv Gandhi’s Government passed the Special protection Group Act to classify the order’s specifications.

In the beginning, the SPG Act was only granted to the Prime Minister and his close relatives. In 1989 when Rajiv Gandhi left office, he was stopped receiving SPG security. This caused various threats to his life following his government’s military intervention in the Sri Lankan Civil War. In May 1991, Rajiv Gandhi was assassinated at a political rally in Tamil Nadu by a little girl suicide bomber of the Liberation Tigers of Tamil Eelam, a Sri Lankan terrorist organization. After this painful assassination, the SPG Act was amended to grant SPG protection to former Prime Ministers including their family members for a term of ten years after the term of their term of service. During this period, the Intelligence Bureau conducted a security review to identify a protectee’s current threat and the need for extensions that would last for 5 years. Because of this reason, Gandhi’s widow, Sonia Gandhi, and her children named Priyanka Gandhi and Rahul Gandhi got SPG protection for 28 years (till 2019) owing to their political activity in the Indian National Congress.

On 27 November 2019, the Indian Parliament amended the SPG Act, which granted protection only to the Prime Minister and his close family members residing with him at his official residence. Under this amendment, the former Prime Minister is also eligible for the SPG protection for an extension of their protection up to 5 years after leaving the office, having the reason for threat assessment by the IB. Indian National Congress opposed the Bill showing the fear of having risk to the Gandhi Family without having the SPG protection.

Executes factual safety duties. Within the Operations Branch, there are sub-components like the Communications Wing, Technical Wing, and Transport Wing.

The Indian Government exercises the “general superintendence, direction and control” of the SPG. The leader of the force, the Director, officially serves as the Joint Secretary in the Cabinet Secretariat and is responsible for the force’s “the command and supervision”. The director of the SPG since its beginning has been an officer of the Indian Police Service and today holds the rank of Director General of Police.

The SPG does not directly recruit people. Recruits are drawn from the enlisted ranks of the Central Armed Police Forces and Railway Protection Force. People from these services may apply for deputation to the SPG and undergo rigorous physical and psychological assessments as well as enhanced security screening. Deputation to the SPG usually lasts for five years but may be extended at the Director’s discretion. Officers of the SPG, liable for headship and synchronization, are drawn from the IPS.

Power to make laws and regulations

SPG protectees are excluded from personal security at all airports in India and may access VIP lounges at airports managed by the Airports Authority of India. Furthermore, they are excluded from security screening when entering certain official buildings, including the Prime Minister’s Office and Residence.

These are the vehicles used by SPG force: –

Therefore, only the Current Prime Minister is entitled to the SPG protection. They are counted as one of the strongest forces in India because their motto is “Bravery, Dedication, Security”. This was established to protect the Prime Minister of India in 1985. The main motive of the amendment that was held in 2019 was to cut down the budget of the SPG and also to ensure that the SPG group will provide security to the Prime Minister effectively and efficiently.

Currently, Our Prime Minister of India Narendra Modi is the only SPG protectee. The SPG amendment bill, 2019 confines SPG cover only to the PM and his immediate family, and ex-PM and his family for 5 years, and the benefits accruable to the Gandhi family have been revoked.