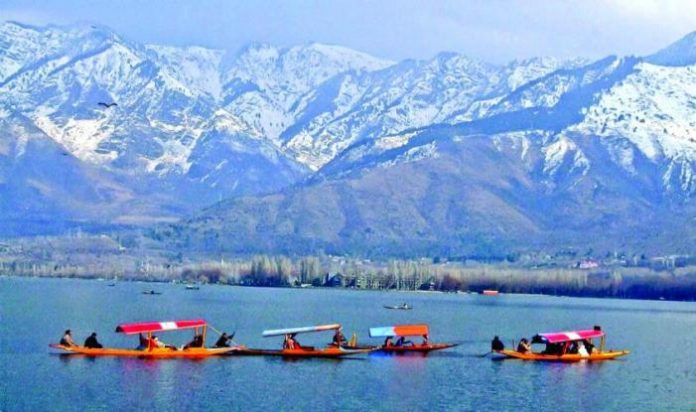 In this article, Alankrita of NUSRL discusses the reason behind special status of Jammu & Kashmir.

Jammu & Kashmir has the contrast of being the only state in the Indian Union that negotiated in terms of accession. The then ruler (Maharaja Hari Singh) of Jammu & Kashmir at the time of independence from the British rule decided not to join either India or Pakistan and thereby remain independent. But then after 2 months on 6th October 1947, the border areas (some of which is now called PoK) of Jammu & Kashmir were attacked by the Azad Kashmir Forces supported by the Pak Army. Subsequently, after the attack, the ruler decided to join India because of their own lack of Army and Weapons. So in October 1947, accession was made by the ruler considering certain promises made by Pt. Jawahar Lal Nehru(The then Prime Minister of India). It was the aftereffect of these promises that Article 370 was included in the constitution of India. And only matters related to Defense, Foreign relations, Communication and Finance of Jammu & Kashmir comes under the jurisdiction of Constitution of India.

Thus, the special power and autonomous status give the state of J&K the right to have its separate constitution and flag, unlike others.

What is a Special Status?

What is the special status of Jammu & Kashmir?

As the ruler of Jammu & Kashmir entrusted only four matters i.e. Defense, Foreign Relations, Communication and Finance to the dominion of India and hence there is a limitation put on Parliament to make laws in the Union List and the Concurrent list for those matters only which falls under the above four. Any law in relation to other matters other than these four has to be ratified by the state legislature of Jammu & Kashmir. This concludes that President can extend other articles to the State of Jammu & Kashmir despite the fact that it has freedom from some provisions of the constitution of India. Thus, under part XXI of the Indian Constitution which deals with temporary, transitional and special provisions Jammu & Kashmir has been granted special status under Article 370.

The Constitution of J & K

The Constitution of J&K is different from that of other states in the following aspects:

Without the consent of state legislature, Parliament cannot make any law relating to:

-In respect of J&K, the residuary power is with the state government and not with the Union of India.

-The permanent residents of the J&K state have been granted with some special provisions with respect to employment under state; settlement of the state; attaining of immovable property in state etc.

-Any amendment in the Constitution of India cannot extend to J&K unless it is extended under Article 370(1) by the order of the president.

iii. The Language of the proceedings in Supreme Court.

Procedure for Amendment of State Constitution

The provisions of the Constitution of the State can be amended by the Legislative Assembly Act of the state passed by not less than two-thirds of the total members. President’s approval is needed to come into effect if an amendment seeks to affect the Governor or Election Commission. Extension of Amendment to the State of J&K can only be done by an order of the President under Article 370(1). Whether Article 370 can be amended when the constituent assembly of the State no longer exists is still a debatable question.

Incorporation of Article 35A in the Indian Constitution

Whether the president has the power to amend the constitution?

Therefore, we can conclude that the president has the power to make radical transformations as there is no reason to limit the meaning of the word ‘modification’ under Article 370(1) of the Indian constitution.

Demand for Abolition of Article 370

There are arguments provided by both, those who are in favour of and those who are against the abolition of this Article. Those who are in favour say that it has designed certain mental barriers. It is also claimed by them that it the root cause of all the problems in the state of J&K. Also, it is believed that it is Article 370 which encourages extremists activities in J&K and other parts of the country. It is also argued that it was a temporary arrangement and it was supposed to wear down gradually and that it is like a reminder to the Muslims of J&K that they still have to coalesce with the rest of the country. Also, the people who are against Article 370 provide reasons that it should be abolished s in order to promote National Integration and they cite this by a slogan i.e. “One Nation, One Citizenship”.

Whereas on the other hand, those who are against the abolition of this Article argue that it will have serious consequences. It is contended that it will encourage extremist to demand election which will lead to the internationalization of the issue of J&K. It is further argued that the contention that it will give rise to extremists activities is groundless as the states which don’t have any special status like the state of Assam and Punjab have also faced such problems. It will not only violate the grave undertaking given by India through accession but would also give unnecessary distrust in the minds of the people of J&K, making the issue more sensitive.

As per what constitutional experts say Article 370 should not be repealed or abolished. Rather it should be extended to the remaining states of India. Extension of such a provision to other states would provide greater freedom to them for making laws. And such an Autonomy will give greater scope for development. But for doing this centre should continue to support backward states which are ponderously dependent on Central Government Aid.

Also, Armed Forces Special Powers Act (AFSPA) has been enforced in Jammu & Kashmir since 1990, which gives provides special power to Indian security forces. Therefore a special status should be there if such a rule is implemented as it cannot be denied that it is a disturbed zone. Also, this rule is not helping the state as it doesn’t permit any person living outside the territory of J&K to buy any property here which eventually hampers the development scene of the state and that is why the state lags behind in Industrial growth. There are lesser job opportunities for people and as no outside companies can set up here, therefore it leaves a blank in the infrastructure scene.