Sports is growing rapidly in India. Sports is regarded as one of the largest industry globally. The game is changing at a rapid speed. It has become a multi-million dollar industry globally. In India as well, sports is coming into existence these days. People are showing their interest in this field too. Sports is becoming more of a business and so many people are earning profits from it. Not even spectators, even players are earning so much from sports. Due to new initiatives in India such as Indian Premier league, Hockey India League, Indian badminton league, Pro Kabbadi League etc, the rate and GDP in sports sector is increasing. The sports industry in India has increased from Rs.43.7 billion in 2013 to Rs. 48 billion in 2015. India has moved forward from a single SportsNation to multiple sports nation. India is still witnessing a boom in sports sector helping the players and the sports business to take initiative.

As the sports is growing too fast in India, all the players and spectators do have disputes between each other. Either the dispute is between the players or between the committees and players. In every industry disputes arise but how do disputes in sports is solved. This question is not common in India as no-one knows about the sports law that exists in India. Even in sports, there is rules and regulation which should not be violated. As you have rules to do business, or you have rules for buying a property, we also have rules for sports in India.

Sports law in India can be related to anything which involves Sports in it. This can be contracted in sports, injuries in sports, harassment in sports, drugs related issues in sports, etc. In India, there are so many governing bodies that govern the sports law like

These government authorities take care of the law and make new laws. Also, these government bodies promote sports in India and provide a good infrastructure for sports.

Making rules and regulation is a mandatory thing to do by the government but following it can be difficult. So, what is the solution if there is a dispute arises in sports? Who will resolve the dispute in sports? These question will be covered in this article.

Sportsmen and the spectators do have a right to solve their disputes if they feel that their rights are violated. People related to sports can go to court if any disputes arise between them. But it is not possible for them to stand in the queue of the court which can take years to resolve the case as they have very limited time in their career. If they solve their disputes in the court then they won’t be able to concentrate on their career. This can be a challenge for sportsman and spectators.

To solve the disputes as earliest as possible International Olympic Association (IOA) directed by the International Olympic Committee to establish an Indian Court of Arbitration for Sports (“ICAS”). Indian Court of Arbitration for Sports will consist of 8 retired Judges Of higher judiciary. All the disputes arising in the relation of sports will be decided by the ICAS.

This governing body was set up in 2011 under the Chairmanship of Dr. AR. Lakshmanan, former Supreme Court judge and former Law Commission Chairman to resolve all the sports related disputes in India. Other 7 members of the ICAS are Justices M R Culla, R S Sodhi, B A Khan, Usha Mehra, J K Mehra, Lokeshwar Prasad and S N Sapra. This step to setup an Alternate dispute Centre for the people related to sports is a step towards a development in the area of Sports Law. This development is effective in resolving disputes at the earliest possible. While deciding the cases related to sports, the judiciary should keep in mind that the lifespan of sportsman is very limited and they can not afford to lose time in the long queue of the Litigation courts. There should be an alternative for that. Indian Court of Arbitration For Sports is the first ever alternative for the sportsperson to get their dispute resolved at the earliest.

The Importance of having ICAS

Fast resolution: ICAS helps to hear and resolve the dispute on a fast pace which can be beneficial to the sportsperson. Everyone knows that sportsperson has a very limited career in their lifetime and if any dispute arises in between their career then it can be a problem for them and for their career. So, to resolve the dispute as earliest as possible ICAS comes in the role.

Better than civil courts in deciding: ICAS is better than civil courts when deciding for a dispute. In many cases, civil courts were favoring the athletes because of the arguments given by their advocates. In one of the cases related to doping, the court dismissed the argument of IAAF that the athlete is an amateur and did not have any trade and therefore could not be any restraint. But the court held that any action that infringed her right to compete amounts to a restraint of trade. Hence, setting up an alternative method like ICAS can help in solving the cases with accuracy.

Chance of Appeal: The international court of arbitration for sports(CAS) is is the sportsman and speculation on international level only. If anyone wants to appeal the decision given by Doping agency then they have to appeal to the CAS only. But only the international sportsperson or spectators can appeal. National level players or State level players cannot appeal to the CAS. ICAS allows every sportsperson and spectators to resolve the dispute. This gives power to people to appeal if the decision is not correct.

Mediation: It can also help parties solve their disputes on an amicable basis through mediation when this procedure is allowed.

Awareness about the sports law is very limited in India which is having the adverse effect on the sports in India. Many Sports Person is unaware of the rights and law of the sports they play. CAS does have a right for the sportsperson to appeal within limited time. As the sportsperson is completely dependent on the Federation they are lacking much information as Federation do not tell the Sportsperson about their rights. Sports Arbitration is a new concept in India and should be promoted in every sport. Having a tribunal that is especially for Sports can be beneficial for a sportsman and spectators in resolving disputes. ICAS can be effective in resolving the disputes and giving a chance of appeal to the athletes. However, in India, as the sports is emerging through many leagues like IPL, PKL etc government should do something for sports in it and promote it. Sports business is increasing but what about the judicial help in sports. Judicial help in sports is very important and should be taken care by the government. It is not because sports is there it is because sports is increasing our GDP and also athletes are working hard for their country. Athletes of India should have a right in every way especially from Judiciary side. 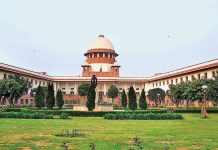