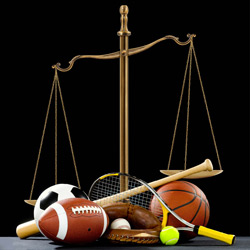 India being a unity in diversity is also a home to a diverse population which is fond of several sports. The work of administration and funding of sports is in the hands of the Ministry of Youth Affairs and Sports, which is headed by a cabinet minister and managed by the National Sports Federations. Sports law is one of those fields of law is law that is applied in the field of sports, physical education and its related areas. It is a pure law as opposed to theoretical law and is concerned with how law in general interacts with the activity known as Sports[1]

Sports have always been a form of recreation, but sports have evolved, and India is considered as one of the best places to hold international sports events. In this scenario, a need was felt to regulate the laws in the field of sports and to eradicate the grey areas. Even the United Nations, in its resolution 58/5 adopted by its General Assembly in 2003, has recognized sport as a means to promote education, health, development and peace[2] and therefore, a state should have an interest in sport-related matters.

Everything about sports legislations in India

Per se, there are no central or state legislations to regulate sports in India; the Ministry, which was set up by the government was responsible for achieving excellence in different sports events which were conducted in India and also to build a good infrastructure for sports. By and large, the administration of sports activities is in the hands of autonomous bodies, such as Sports Authority of India (SAI), Indian Olympic Association (IOA), Hockey India (HI) and Board of Control for Cricket in India (BCCI).

These governing bodies are recipients of government’s aid and are also registered under the Societies Registration’s Act of 1860.[3]

The following govern the whole of the Sports Law:

The main objective behind enacting this was to raise the standard of sports for the reason that it was degrading due to corruption, betting, etc. It was later realized that the Bill of the year 1984 was incomplete, and its implementation was not complete, and in a bid to revise the bill the same was reformulated in the year 2001.

The guidelines are three-fold:

It was only after this policy that the lawmakers realized the importance of sports and therefore ‘Sports’ was included in the Constitution in the State list of the Seventh Schedule (Entry 33).

The central government by the provisions of this policy aims to achieve excellence in sports on the national and global plane and collaborates with the state government and other agencies to achieve it.

It is a non-profit national organization that aims to understand, and work for the advancement of ethical sports law in India for promoting sports. The primary task of the organization is to provide consultancy services on different matters like Indian sports policy, sports injuries, health and safety in sports, IP issues in sports, etc. It also provides a forum for legal practitioners who represent different people, to set up rules for ethics for sports persons.

The Sports Authority of India (SAI) is an apex National Sports body set up in the year 1984 by the Ministry of Youth Affairs and Sports for broad-basing and bringing excellence in sports across India as a whole. It is located across 9 regions at Bangalore, Gandhinagar, Chandigarh, Kolkata, Imphal, Guwahati, Bhopal, Lucknow and Sonepat; and two Academic institutions like Netaji Subhash National Institute of Sports (NSNIS), Patiala and Laxmibai National College of Physical Education. It also accounts for academic programs like coaching and physical education awareness programs.[4]

This Act was passed in the year 2007; its main objective was to provide access to listeners and viewers so as to encourage a larger audience. It shall cover the sporting events which are of national importance through mandatory sharing of sports broadcasting signals with Prasar Bharati and for matters related to it. The Act provides that no content right owner or holder or television or radio broadcasting service provider can carry out a live TV broadcast of important national sporting events. For doing this, it has to share its live broadcasting signal simultaneously (except advertisements) with the Prasar Bharati.

The responsibility for the complete management, direction, supervision and regulation of the discipline and promotion, development and sponsorship of the discipline is on National Sports Federation. They are expected to discharge these responsibilities in consonance with the principles laid down in the Olympic Charter or the Charter of the Indian Olympic Association in compliance with Government guidelines applicable to NSFs.

For providing the necessary support to NSF for the identification, training, and coaching of sportspersons, also to improvise infrastructure, equipment, and such other facilities, the SAI plays a significant role. Further SAI will also be responsible for releasing funds to NSFs against proposals approved by the Government.  The release of funds to IOA shall, however, continue to be made by the concerned Ministry.[5]

The centre has set up a National Anti-Doping Agency (NADA) as an autonomous body. It consists of persons from government and non-government agencies, scientists as experts and also members from IOA. In the recent past, the controversy surrounding the intake of dope by sports persons is prevalent and in this light, NADA was set up. It shall carry out ‘in competition’ and ‘out of the competition’ testing on the sportsman. NADA helps in the regulation of sports activities so that it can be corruption-free and non-controversial.

The U.S.A. has a very systematic law for sports. They have not provided with single legislation, but have divided it into 3 categories-:

It includes athletic activities from high school athletics to organize inter-collegiate or international competitions which are often organized and managed by groups that make rules for eligibility and competition, and courts do not interfere with the actions of these groups as long as they abide by the rules. The Amateur Sports Act of 1978 created the Athletic Congress, a national body for governance of amateur athletes, which administers a fund that allows amateur athletes an option to get funds and sponsorship payments and also not lose their amateur status.

In the case of some professional sports activity, most sports leagues do have a standard player’s contract, and that shall be the guiding force behind a contract between players and owners.

The realm of sports law is new in India and time and again, there has been an in-depth inquiry and research into this. Despite having several federations and independent bodies in India, our country lacks a good sports system, and it fails in every major event due to a precise and uniform law for sports. Firstly, there is no single body or legislation under the umbrella of which the ministry, and different sports federation, primarily the National Sports Federation would come.

In recent past, the dark sides of the competitive world has come to be known which depicts the maladministration of the sports law, such as the Olympic Games Scandal related to bidding, the recent IPL scam, FIFA scandal and allegations of sexual assault, etc. are few of those scandals.

The major loopholes which our sports law face include labour and employment issues, drug use, broadcasting rights, sports injury and the concurrent liability, harassment in sports, etc. The constant failure of India in different sports events is an indication of widespread corruption and poor infrastructure and therefore, the need of the hour should be to enact a proper legislation and forum to ease the activities of sports in India.

Given the close relation of sports with national pride and the kind of influence it has on the mind of the nation, the state has the most important role to play. It is very clear that the existing model has not succeeded in achieving its objective and it is time for a new model to be made. Also, it is quite clear that our culture and our attitude towards sports is the biggest hindrance in improving sporting standards.