This article is written by Dhruv Vatsyayan of Law School, Banaras Hindu University who is pursuing his 1st year of B.A.LL.B and is a sports enthusiast by passion. In this article, he deals with the Legal aspects of Merchandising and licensing in sports.

Sports in the last few decades has become an industry rather than just a recreation activity, what it conventionally used to be. After the tele-broadcasting revolution took a major share in the entertainment industry, sports marketing and commercialization also boomed.

Most of the revenue is gained through the sale of broadcasting rights, through organizing events and through merchandising.

Merchandising in sports involves dealing with various laws and going through various agreements and contracts.

So, in this article, we will be discussing the legal angle of merchandising in sports.

In a broader sense, merchandising means promotion and marketing of some event or organization by means of specially made goods and services and making them available in retail stores.

For example, these days we can find Marvel’s Avengers’ merchandise or DC’s Justice League’s customized goods in every second retail shop, be it of clothing or something else. And obviously, these things are done to promote respective cinematic productions.

In a similar way, merchandising also works in case of the promotion of sporting leagues, teams, clubs, and personalities.

Sports merchandising principally involves licensing, agreements and Intellectual property laws for coping up with the logo and patent-related issues. Sports Merchandising can be classified as:

There are various clubs and leagues across the world that are a perfect example of capitalizing the means of promotion through merchandising and licensing. For example, Football clubs like Barcelona, Liverpool, and Chelsea or, Baseball teams like the New York Yankees and Texas Rangers, are big names that have successfully capitalized upon sports merchandising.

The process involved in all sorts of merchandising remains the same, though, there are minute differences like interests involved, stakeholders and rights & duties.

Let us talk a bit about the emerging market of sports merchandising in India.

When in the year 2001, the demigod of cricket, Sachin Tendulkar struck a whopping 100-crore deal with Mark Mascarenhas’ sports management firm, WorldTel, people started criticizing him for going after big money and all. But I guess, Tendulkar was able to see the future of the sports industry and especially that of cricket after 10 or 15 years from then.

Eventually, with the emergence of the Indian Premier League around the year 2010, every bit of Indian Cricket got commercialized and merchandising started to play a major role in the sports industry and market.

Now, let’s take the case of football, as it holds the largest percentage share in the sports merchandising industry worldwide. Due to exponential growth in viewership of football tournaments during the last few years, it has also become a major player in this industry. With Football Club merchandising having witnessed a huge increase in demand, various football clubs have gotten their roots in Indian Market like the Real Madrid Football Club and FC Barcelona. Their licensed merchandise now includes apparel, school bags, stationery, and other miscellaneous stuff.

With the emergence of various different sporting leagues like ISL, PBL and Pro Kabaddi League in India, this market has witnessed sporadic growth in the last decade.

In words of Market Expert, Jibi George, “The Indian Sports licensing market is digging its heels in and is ready to play ball.”

Now, let’s delve into the intricacies of the legal aspect of sports merchandising.

To be able to deal with the legal aspect of sports merchandising, we should first know about what are the laws applicable and involved in the same.

The first thing which comes to mind is Intellectual Property Laws.

Let’s first figure out the relation between IP Laws and Sports Merchandising. IP Law forms a major part of laws involved in sports merchandising because it includes patents, trademarks, designs, copyrights, and other intellectual properties.

Let’s start with trademarks and sports merchandising. Trademarks are the most used Intellectual Property in the Sports Industry. Things which are covered under the trademark are:

Trademarks are responsible for adding value to a brand and giving identity to it. This brand value per se is used in the process of merchandising and then making revenue and profit from it.

Trademarks can be registered under various categories and classes like clothing or glassware etc. For example, Real Madrid Football Club, apart from being a football club, also sells and distributes several classes of merchandised products like caps, bags, bottles, clothing, etc. So, the logo and other intellectual properties are needed to be protected from unauthorized use and counterfeiting.

To seek redressal in case of a trademark dispute, the stakeholder needs to prove 3 basic requirements:

Merchandising related to goods and services is mostly covered under trademark laws. It’s so because almost every class of goods will be having either logo or tagline or name imprinted or carved upon it.

Let us understand this by an illustration, Chennai Super Kings, which is a franchise team in the Indian Premier League is going to start the sale of its merchandised goods and apparel. So, it will be using its logo which consists of a solid yellow colored background and outline of an aggressive lion. To protect it from unauthorized use, they will register it under the trademark laws. Similarly, their tagline, which reads ‘WHISTLE PODU’ will also be protected under the same. And, once they are registered, they can claim damages for any unlicensed or unauthorized use.

The process of getting trademarks registered varies from country to country. In India, it can be done through a trademark agent or a lawyer. Also, it can be registered internationally under the Madrid system of registration of trademarks and is applicable to various territorial jurisdictions.

Another important Intellectual property involved in the practice of merchandising is personality rights.

Let’s first understand what does personality rights stand for. Personality rights are a set of rights available to an individual to control the exploitation of his/her name, image or any other part of his/her personality. Today when most of the sportspersons have become brands themselves, it’s important to protect these rights too. It’s necessary because, the celebrity status, formed due to popularity is and can be used for image creation, brand endorsement and capitalizing on fame by generating revenue and gaining monetary profits from it.

Many of the famous players like David Beckham, Alan Shearer, and Sachin Tendulkar have registered their names as trademarks so that no one else can use it for gaining monetary profit.

Now, let’s look upon how these personality rights are applicable in merchandising and licensing. These days, the gaming industry is booming like anything and so is the sports gaming industry. These gaming production companies tend to use the names of the players in the games and having a trademark upon one’s name restricts this. In return for using names, royalties are being received by the players.

For example, there is this famous PC game, by FIFA itself, which contains the names of the players in its database. Thus, before using these names, which have been trademarked by the owners, FIFA had to make a contract with them and thus offered them some royalty.

This is done primarily to avoid the expenses of licensing.

Another use of personality merchandising in the era of the internet and smartphones is in the field of personal apps and games. Most of the famous players have their own mobile applications as a part of merchandising.

Some of the examples are Sachin Tendulkar, Ravindra Jadeja, and Murali Vijay.

Famous players also get associated with apparel making brands and then, the players and developers, both land on an agreement to produce merchandise having names and using the personality rights of the player. And, the companies make great profits by capitalizing on those names. Some such examples are M.S.Dhoni associated with SEVEN, Virat Kohli associated with WROGN and not to forget, Cristiano Ronaldo having own brand with the name CR7.

Recently, in the year 2019, Indian Cricketer, Virat Kohli got into a contract with a cartoon production company for the production of a cartoon, SUPER V, whose protagonist looks like Virat Kohli himself.

A Merchandising Agreement is an agreement, which describes the terms and conditions through which the owner of a trademark grants a license to the licensee for using the IP of the licensor. These agreements can vary in scope and also vary in the extent of how complex they are. The broadness of scope depends upon the owner himself.

Following are the issues which are most commonly dealt with in a merchandising agreement:

In most of cases, the owner of the trademark receives some advanced payment and royalty payments depending upon the percentage of merchandise sales throughout the duration and term of the agreement.

In case, where the licensee fails to abide by the agreement, the licensor can put an end to the agreement. However, such actions are normally avoided as such deals involve huge finances at stake.

Now let’s discuss why parties would be willing to take part in the contract.

The owner of the trademark may benefit from the merchandising agreement by granting rights of their IP to another party or the licensee and can gain by generating revenues from that. Similarly, the licensee can generate profits by counting and capitalizing on the popularity of the licensor by making huge sales of the goods and services.

Essentials of a Merchandising Agreement

While there are no such thumb rules for essentials of the agreement but there are some elements that are generally found in an Agreement or a Merchandising Agreement per se.

It should also clearly describe the features of the product precisely and it may also mention if the party wants to reserve the right for making any changes in the product concerned or not.

The agreement may also specify media and channels through which the licensor wants the goods to be distributed, be it through retail stores or through online retailing.

The payments can be made quarterly, which is most commonly found there but can also be paid in half-yearly or monthly terms.

As it has witnessed an unpredictable growth in the last couple of decades, the industry of sports licensing and merchandising has become a hugely profitable market. It is based on the goodwill associated with licensor’s product which paves a path to a lucrative market.

And, licensing laws and IP laws are obviously intertwined with the growth of the merchandising industry in sports.

Thus, it is quite evident that the future of the sports industry lies in the growth of the merchandising industry as it popularizes the sport and generates a hefty revenue out of it. 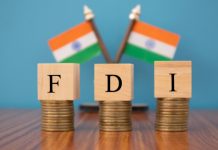 Outbound cross-border demergers : a lacuna created by the legislature or the tribunal