This article is written by Nirmalya Bhattacharya, pursuing a Certificate Course in Labour, Employment and Industrial Laws for HR Managers from LawSikho.com. Here he discusses standing order amendment. 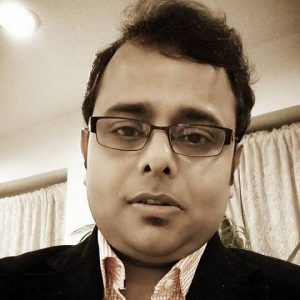 Standing Order – What & Why

Standing Order as given in the Merriam-Webster Dictionary the phrase is defined as “an instruction or prescribed procedure in force permanently or until changed or cancelled”.  In the Industrial scenario, we can surely define that as a “set of norms with reference to the conditions of employment, with mutual consent from the employer and the employee or a group of employees or a trade union, duly sanctioned by the appropriate government based on pre-sanctioned legislations to maintain industrial harmony”.

If we go back to the 18th century or to be more specific, in the era of Laissez-Faire, the policy of hire and fire was very dominant in the industries. The basic economic law of demand and supply was the key factor in determining the wage rates, conditions of service, terms of employment etc. The employer and the workman used to settle their terms and conditions of employment, expressed or implied, after an individual bargain. The basic concept of collective bargaining was absent as the state decided not to interfere in the mutual bargain process of the employers and the workman. However, this freedom of contract proved to be disadvantageous for the workmen as an individual workman was too small a force to combat the mighty employer due to various fear factors, including a large number of unemployed youth in the society and consequent loss of the job. While entering the job the workmen used to concentrate more on wage, hours of work and payment process rather than conditions of service, discipline or unfair labour practices.

Subsequently, the rise of Trade Unionism gave birth to collective bargaining and workmen started to raise their demands and put forward their grievances and concerns through trade unions. Section 26 of Bombay Industrial Disputes act 1938 was the first proper legislative provision which forced the employer to fix up the conditions of employment. After Sixth Labour Conference held in October 1944, it was decided to incorporate the provisions related to standing order through one separate legislation and thus on 23rd April 1946 a central legislation namely The Industrial Employment (Standing Orders) Act, 1946 (Hereafter referred as Standing Order Act) came into effect.

Process of Amendment of Standing Order

As far as the industry, I am associated with, is concerned, should be categorised as a factory (Classified as Heavy-Engineering) as defined in clause (m) of section 2 of Factories Act 1948, and thus treated as an Industrial Establishment as defined under Section 2(e)(ii) of the Standing Order Act 1946. We are having our corporate offices and Sales offices in Kolkata and in Delhi but the persons employed in those offices do not come within the purview of Workman as defined in Section 2(s) of the Industrial Disputes Act 1947 because they are employed mostly in managerial or administrative capacity (Hence excluded as per Section 2(s)(iii) of the Industrial Disputes Act 1947).

As defined under Section 2(b) of the Standing Order Act 1946, the Appropriate Government is the State Government for our industrial Establishment and as per section 2(c) the Certifying Officer is the Labour Commissioner, Government of West Bengal, having his office at 11th Floor, New Secretariat Building, 1, Kiran Sankar Roy Road, B B D Bag, Kolkata – 700001.

In the case of West Bengal, the applicable rule is The Bengal Industrial Employment (Standing Orders) Rules 1946 and subsequent amendments thereof. Hereinafter the above-stated Rules are referred to as Bengal Standing Order Rules.

As we are talking about the amendment of standing order hence it is quite evident that we’re talking about changes to an existing standing order. As per section 10 sub-section 1 of the Standing Order Act 1946 an approved Standing Order cannot be changed within 6 months of the certification or the last amendment unless both the parties, i.e., employer and workmen or a trade union or other representative body of the workmen give consent through an agreement to do such an amendment. After 6 months, however, they are open to amendment as per the rules prescribed in the Act.

Who can Propose Amendment

As mentioned in subsection 2, the employer or any workman or a trade union or other representative body of the workmen may apply to the certifying officer for amendment of the pre-certified standing order with proper application. Such application must enclose 5 copies of the proposed modification of the amendment and in cases where such proposal has come up due to an agreement; one copy of that agreement is also to be attached with the application.

Here it is to be noted that Section 10(2) does not authorise any representative of the employer or the workman to make an application for modification of the certified standing orders.

From here onwards, we will move to the Bengal Standing Order Rules where the procedure of amendment is given with proper timeline. Here it is to be noted that the process of certification of the first standing order is followed during the process of the amendment as well.

Firstly we need to know that the amendments can be proposed by either of the two parties – i) Employer ii) a workman or trade union or other representative body bodies of the workmen. On receipt of the amendments proposed by either of the parties, the Certifying Officer shall forward a copy of the amendments within 7 days from its receipt to the other party for raising an objection, if any. In case of amendment received by the employer, and in such cases where there is no trade union, the Certifying Officer shall affix a copy of the same to his/ her office’s notice board and also at the notice board of the establishment concerned. [Rule 6(1) of Bengal Standing Order Rules]

The employer will then be responsible to submit within three days of the decision of the Certifying Officer on the objection if any, five copies of the finally settled standing order to the Certifying Officer himself. The procedure is to write on foolscap or A4 size white paper on just one side of it. These will be duly attested by the Certifying Officer, and one copy each shall be returned to both the parties concerned. [Rule 7 of Bengal Standing Order Rules]

Within 60 days from the receipt of the attested copies of the amendment from the Certifying Officer, the employer shall submit to the Certifying Officer a duly translated Bengali version of the same for his approval. However, in industrial establishments where 25% or more workmen speak Hindi or Nepali, the Employer will be needed to submit a translated copy in either Hindi or Nepali or both, as the case may be, for approval. The Certifying Officer will be needed to certify these copies as well after he ensures the correctness. [Rule 7A(1) of the Bengal Standing Order Rules]

The employer shall be responsible for posting of standing orders as amended in applicable languages on special boards to be maintained for the said purpose at or near the gate of entry of most of the workmen and also at various departments where the workmen are employed. [Section 9 of the Act].

After the introduction of EODB (Ease of Doing Business) by DPIIT (Department for Promotion of Industry and Internal Trade), Ministry of Commerce and Industry, Government of India, significant changes are taking place as far as the certification as well as amendment of Standing Orders are concerned. Now the proposer of the First Standing Order or the amendment may send the proposal directly through e-mail to [email protected]. After getting the same the e-office gives the application certain docket number keeping a track of the date of submission. The proposer can get the docket number from e-office over the phone. After assigning the docket number the application is forwarded to the Labour Commissioner who subsequently forwards it to the respective Certifying Officer to proceed for the next course of action. Here, it is to be noted that all industrial establishments within the geographic territory of West Bengal must send their applications, whether for the first Standing Order or any amendment to the Labour Commissioner directly.

Further to add, that the process of online submission and certification (Not through email, but through a web portal) is undergoing in full swing and shall be effective shortly alike the processes like obtaining or renewal of Factory Licence or Contractor’s licence or others and shall be available at https://wblc.gov.in/e-services.

Place of submission of application

As mentioned above for any industrial establishment within the geographic territory of West Bengal, the postal address and email id for submission of application are same as mentioned below.

Relevant Websites for Assistance: For any further information the interested readers may go through the following web-portals