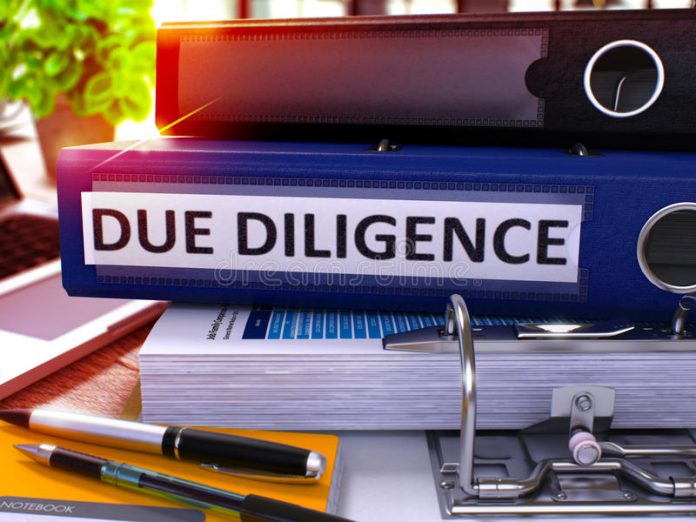 This article is written by Pranav Jitendra pusuing Certificate Course in Investment & Banking Due Diligence offered by LawSikho as part of his coursework.

In today’s day and age, with inorganic growth bringing about a spurt in the development of the business world, the importance of legal due diligence only appears to be expanding. The said exercise was performed with the necessary safeguards, ensures that the acquirer (in case of a share acquisition) in question adopts minimum legal risk, or alternatively, ensures that there are certain checks and balances in place whereby the commercial transaction concerned does not hit the rough ground.

Considering the pivotal role that this exercise has to play in ensuring commercial success, it is essential that one appreciates the intricacies and the specific tasks that need to be performed by way of which it may be termed effective. The following is a brief enunciation of the concept of legal due diligence, the purpose behind the exercise, possible outcomes and the steps that are typically followed.

In simple terms, legal due diligence may be defined as the process by which the acquirer would undertake a detailed inquiry into the affairs of the target company before it decides whether to proceed with the acquisition or not. In any given commercial acquisition, it is but inevitable that the acquirer would take upon himself a certain degree of both financial as well as legal risk. In such a situation, it would be wise to identify and appreciate information regarding the target, in terms of performance, corporate affairs and general conduct.[1] This may be referred to as the “first facet” of legal due diligence.

Further, if in an appropriate situation, the acquirer, together with persons acting in concert (‘PAC’) decides to proceed with the acquisition, the “second facet” on the mind of the acquirer would be the efficacious determination of the value of the shares of the target, which would have a direct bearing on the acquisition price. An effective legal due diligence in this context would assist in identifying the most appropriate deal value, an appropriate structure to consummate the transaction, and adopting protective mechanisms as far as the transactional documentation is concerned.[2] Therefore, legal due diligence plays an essential, multifarious role.

Following the concept and purpose of legal due diligence, the possible outcome behind the exercise is fairly evident, namely that it gives the acquirer the flexibility to choose the most appropriate course of action. The following is a brief summary of the outcomes that legal due diligence could give rise to

If after a comprehensive, exhaustive due diligence, it appears that the target is one that suffers from grave legal and/or financial impropriety and that the said impediment cannot be resolved within a short span of time, the most plausible course of action would be to call off the deal. This would be in the best interests of the acquirer, particularly because it would involve minimizing the risk which would be undertaken if the transaction were to be executed.

This would occur in a situation where the transaction is sought to be proceeded with, but there are certain findings in the Due Diligence Report which would harm the interests of the acquirer. Therefore, it would be essential that one assesses the exact impact of the finding of the DD Report on the share valuation, and the eventual impact on the deal value.

The Remedy of the Problem

After having valued the shares, the impediment which could be detrimental to the pursuits of the acquirer should be sought to be remedied. More often than not, this is done in the form of Conditions Precedent, in the definitive document that is executed between the parties, whereby specific actions will have to be pursued, before which the transaction can finally be consummated. This is one of the main purposes of the due diligence exercise and is nothing but a risk-minimizing effort, on the part of the acquirer.

Steps in the Due Diligence Exercise

It would now be essential to identify the key steps that are involved in the legal due diligence process, which has been elaborated upon hereunder:

This is the first phase of the Legal Due Diligence exercise wherein the primary function involves the determination of the exact scope of the exercise and specific focus areas. It is crucial to note that throughout the process, human resources play a very fundamental role. Therefore, at this juncture, the individual leading the due diligence must play an active role in designing an appropriate team structure, depending upon the requirements of the specific transaction.

It is also interesting to note that the greater complexity involved in a transaction, the larger the manpower required in order to conduct the concerned due diligence. Accordingly, specific attention must be paid to the manner in which the responsibility of each team member is delineated. This would ensure that there is no overlapping of functions and that each individual in the team can perform the allocated task in a meaningful, effective manner.

Another consideration at this stage would also involve the appropriate identification of timelines within which the diligence is to be complete. It is rather manifest that time would certainly be of the essence, and the time to be allocated for each aspect of the diligence process would depend significantly upon the volume of the transaction and the eventual deal size. Therefore, it is crucial that appropriate timelines be put in place, which would bring about timely completion of the diligence and subsequent client satisfaction.

Finally, this stage would also involve the determination of the precise tools to be appropriated for the purpose of the diligence. This would ensure a seamless supply of information, which would facilitate the speedy completion of the legal due diligence process.

This phase of the diligence exercise which would involve preparation of an exhaustive checklist of the nature of documents to be shared by the target company. A well known fact in the legal industry is that the extent of the due diligence would depend upon the nature of the transaction. For instance, in the case of an Asset Purchase Agreement, the due diligence would be a lot more restrictive as compared to one that is performed in pursuance of a Capital Markets issue, where the level of disclosure is a lot higher, and the diligence a lot more comprehensive. Therefore, one would be required to gauge the exact nature of the transaction and establish on record the nature of the data to be shared.

The next aspect of this phase would involve the expectation that the due diligence team has from the target company at the time of sharing of data. Clearly laying down the same would significantly lower the impediments in the process, and would also render permissible quick, obstacle free flow of data, which would only fasten the diligence exercise.

Next, a crucial decision to be made by the due diligence phase would be the determination of usage of either a physical/virtual data room for the purpose of transfer of data. In today’s time, considering the size of commercial transactions, the physical availability of documents is often a rarity. In such circumstances, a virtual data room is used in the case of the majority of the transactions. In a situation where the latter means is adopted, it would be incumbent upon the due diligence team to prepare the virtual data room, such that the necessary data may be provided for by the target company.

Upon receipt of the relevant data from the target company, the due diligence team would be required to update the virtual data room¸ and ensure that only the most up to date data are uploaded. This process would also include naming the relevant documents and creating new folders/subfolders.

The due diligence team would also be required to organize the virtual data room and conduct any specific review where necessary. This would ensure that over a period of time, the data shared by the target company would be one that adheres to the specifications of the due diligence team.

The data shared is classified and analysed on the basis of specific headings. Each heading would represent the nature of the information summarized. For instance, the typical headings to be seen would include Financial Matters, Intellectual Property, Material Contracts, Litigation, Tax Matters, Regulatory & Anti – Trust, General Corporate, Insurance, etc.

The data analysis phase would help in the determination of the legal/financial risk which is likely to be undertaken by the acquirer, in a situation where the transaction is consummated.

The final DD Report is prepared chapter wise, with each chapter highlighting the state of affairs as far as that specific aspect of the company is concerned. It is crucial for the due diligence team to keep in mind at all times that the final DD Report is not likely to be read only by lawyers, and therefore, it is crucial that the language used is one that is reader-friendly and presented in a crisp, succinct manner.

The final phase of the due diligence exercise would also require the preparation of what is referred to as an Executive Summary, which would involve a brief summary of the findings in the DD Report. The said Executive Summary is often one that is used for quick reference.

Finally one must also note that it is very likely that several inconsistencies would appear at the time of finalization of the DD Report. In such circumstances, it is typical for the due diligence team to provide for certain recommendations within the frame of the DD Report, pursuant to which the difficulty may be ameliorated. This would assist in minimizing the legal and/or financial risk to be borne by the acquirer.

The above enunciation is a brief understanding of the vital role that the process of legal due diligence has in any given commercial transaction. A careful perusal of the process enunciated would clearly establish that every stage in the process has specific requirements that must be carefully taken note of, and fulfilled. These specifics would vary from one transaction to another, and therefore, identifying the unique characteristics of each deal is in itself very crucial to the entire process.

To sum up, one may conclude that successful diligence lies at the very root of every deal. Appreciating the benefits that it has to offer, and making a conscious effort to arrive at the same should be the endeavour that every acquirer must undertake at the time of contemplating a potential acquisition.