This article is written by Saahil Sakordekar,  pursuing a Certificate Course in Insolvency and Bankruptcy Code from LawSikho.com. Here he discusses “What are the various Steps Involved in case of Amalgamation of two Banks?”. 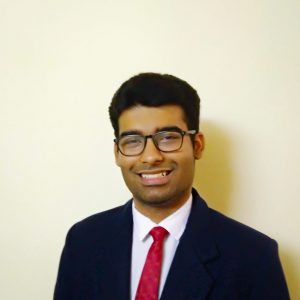 An amalgamation of Vijaya Bank (VB) and Dena Bank (DB) with Bank of Baroda (BoB).

What do the Acts say?

The notice has to be given in line with the relevant Articles of Association (AoA). The notice shall include the date, the time, the place and the object of the meeting. Moreover, the notice shall mandatorily be published once a week in at least two newspapers and this shall continue for a period of three weeks consecutively. Furthermore, the newspapers in which the Notice is published should have a circulation in the localities or locales where the registered offices of the banking companies are located. Also, one of these newspapers must be in the language understood by the people residing in the locality.

Public Sector Banks, on the other hand, take the resolution passed by their Board to the Union Cabinet and then the same has to be passed by both the houses of the Parliament. (Since the Government is the maximum stockholder in a Public Sector Bank)

In the aftermath of executing the above-mentioned steps, any shareholder who was against the idea of amalgamation of the banking companies and had thereby voted against the scheme of amalgamation at the meeting, or has given a notice in writing during the meeting or prior to the meeting in question, to the company concerned or the presiding officer at such a meeting that he disagrees with the scheme for amalgamation. If the Reserve Bank of India (RBI) ratifies the plans for the amalgamation, then such dissenting shareholder is entitled to rightfully claim from the banking company the value of the shares held by him in the banking company as determined by the RBI. So any amount determined by the RBI as to be the value of the shares held by the dissenting shareholder shall be absolutely final.

Therefore, as per my understanding, a shareholder who’s aggrieved and not in agreement with the amalgamation can take concrete steps to register his protest, like voting against it, giving notice during the meeting whereby the RBI will determine the value of his/her holdings and give them an out. But, the decision of the RBI with regards to the monetary figure is absolute and not appealable.

If a sizeable majority of two-thirds of the shareholders are in favour of the amalgamation, then the amalgamation is approved according to this section (Section 44) of the Banking Regulation Act. It shall then be forwarded to the RBI for its ascent. The RBI on its part would then grant the requisite permission for amalgamation if it so deems fit, by an order in writing. This order once passed. Shall be binding on the banking companies and it’s shareholders.

Once the plan for amalgamation is okayed by the RBI, by virtue of the order the property and liabilities of the two amalgamating banking companies shall vest in the newly formed banking company.

Was the Section Amended?

The Banking Laws (Miscellaneous Provisions) Act, 1963 amended Section 44A of the Banking Regulation Act, 1949 so as to add some subsections after sub-section 6. One may ask as to what purpose the amendments fulfil when it comes to the amalgamation process. Well, the amendments lay down guidelines if you please, to be followed in certain scenarios like:

Where the deal for amalgamation has been greenlit by the RBI, the regulatory body may through order in writing convey that on so and so dating the amalgamated banking company will cease to function and shall stand dissolved.

Where the RBI does direct for the dissolution of the amalgamated banking company, the RBI shall send a copy of the order to the Registrar before whom the Banking company was registered and on receipt of such an order the Registrar shall strike off the name of the company as per the standard procedure.

According to subsection 6C, an order by the RBI under the above-mentioned sub-section 4 of section 44A whereby the RBI passes an order in writing ratifying the amalgamation, such order will be conclusive evidence of the banking companies having fulfilled all the requirements for amalgamation under the section. The order holds irrespective of whether it was passed before the commencement of section 19 (the amendments) of The Banking Laws (Miscellaneous Provisions) Act, 1963.

Note- The Act categorically mentions that nothing in the provisions of section44A of the Banking Regulation Act, 1949 will hinder the power of the Central Government in orchestrating the amalgamation of two or more banking companies under section 396 of the previous Companies Act, 1956 or under section 237 of the current Companies Act, 2013.

Has the RBI framed rules for amalgamation?

In 2016, the RBI exercised the powers conferred on them by Section 35 to section 44 of the Banking Regulations Act, 19449 and issued directions for amalgamation of Private Sector Banks known as ‘Master Direction’. The provisions of these directions will be applicable to all private sector banks licensed to operate in India by the RBI and to the Non-Banking Financial Companies (NBFCs) registered with the RBI.

While a majority of the directions are in coherence with Section 4A of the Banking Regulation Act, 1949 there are a few anomalies like:

In case of amalgamation of Private Sector Banks, the meeting of the shareholders is called only after the draft scheme of amalgamation is vetted and approved by the Board of Directors (BoDs) of the two banking companies seperately (as stated earlier). This wasn’t the case earlier. It seems that the banks could directly call for a meeting of the shareholders.

Among the directions is a Schedule which contains an entire list of documents required to be furnished along with the application for amalgamation.

Hence, one can conclude that that the steps involved in the amalgamation of two private sector banking companies are moderately straightforward rather than tediously complicated if one follows the letter of the law to the hilt. On the contrary, the amalgamation of public sector banks seems like a long drawn process which requires the Government in power to have the required numbers in both the houses of the Parliament. Also, there is a need to manage Human Resource properly for the successful operation of the amalgamation process. Ideally, the employees of the amalgamating banks would be integrated into the amalgamated bank. However, taking everyone on board may not always be possible. Then there is the matter of not causing inconvenience to the customers of the amalgamating banks while the process is being carried out. All in all, every stakeholder has to be taken into consideration.