This article is written by Pavan Kallem, pursuing a Diploma in Companies Act, Corporate Governance and SEBI Regulations from LawSikho.com. Here he discusses “Straight Through Processing (STP)”. 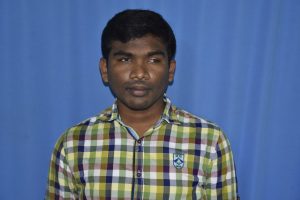 At the beginning stage, it is crucial to define what Straight-Through Processing (“STP”) is, as under the SEBI guidelines. STP refers to and includes a mechanism that automates the end-to-end processing of transactions of financial instruments. It involves the use of a single system to process or control all elements of the work-flow of a financial transaction, including what is commonly known as the Front, Middle, and Back office, and General Ledger. It refers to electronically capturing and processing transactions in one pass, from the point of first ‘deal’ to final settlement.

In order to reduce the human intervention in writing and maintaining the documents relating to company transactions, SEBI has introduced this mechanism to prevent the costly multiple data re-entry from paper documents and other sources which are easily susceptible to errors, discrepancies, delays and possible fraud in the transactions of the company and also to ensure the accuracy of information.

This process was introduced in India when the global securities market drastically changed on account of high expectations from the customers. This dramatic change was brought about by the technological advancement in the world to prevent manual errors in the global securities industry and to provide effective solutions to several business-related problems.

STP usage in contemporary company practices ensures that orders are processed, confirmed, cleared and settled in a shorter time period, more cost-effectively, and with fewer errors. Apart from compressing the clearing and settlement time, STP also provides a flexible, cost-effective infrastructure, which enables e-business expansion through real-time processing and access to enterprise data.

Using STP in the international markets have given highly significant results in maintaining the accuracy of the flow of information regarding the transactions of the company. Therefore, SEBI mandated all the listed entities to follow STP in their regular transactions since 2004 and also prescribed several guidelines to be followed at the time of using messaging to communicate transaction details. This has also not imposed any standards on interoperability between the companies. Further, it is interesting that rarely have companies accepted STP at the broader level; most of them have adopted this at managerial levels and the organisational level. One reason for this is that there is a high probability of data leakage; rarely have attempts been made from the global securities markets to reduce this fear among companies.

History of STP in India

On 19th February 2002, SEBI had constituted a committee to estimate the viability and suitability STP system in the Indian marketing field. The committee has undertaken a comparative study of the process which is an integral part of the trade cycle, both in India and at international level and recognised some of the areas which required to be automated on the priority basis.

In order to start STP in India, the committee has recommended some areas to be taken under STP to see the feasibility and viability of the Indian marketing and some of them will be as follow.

Firstly, it recommended facilitating On-line Connectivity between the depositories to permit easier settlement.

Secondly, it suggested for Recognition of electronic contract notes as a legal document as an alternative to paper-based contract notes.

Thirdly, it recommended for the paperless form of data and records in the company transactions and also suggested to change regulations, bylaws, and other statutory provisions for accommodating paperless mechanism in all spheres and transactions of the company.

Constitution of this committee had identified several problems with the system and suggested some solutions to prevent them. SEBI latter had accepted most of them and gained experience in effective using of STP.

Now let us discuss some E-forms which are needed to be processed under STP. This indicates that submitted forms cannot be processed by the RoC user for automatic approval of some forms again.

Consequences, punishments and penalties for late submissions of Straight Through Processing E forms

Although this is not yet a complete list, this makes us aware of the stringent provisions of the Companies Act relating to forms which we need to submit under STP for the smooth functioning of the company.