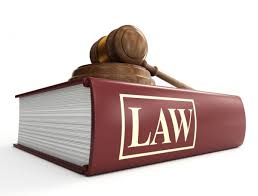 This article is written by Nilesh Javker. The article discusses the Revised Framework on Resolution of Stressed Assets dated February 12, 2018, of Reserve Bank of India.

The Reserve Bank of India (RBI) vide its notification bearing ref. no. DBR.No.BP.BC.101/21.04.048/2017-18 dated February 12, 2018 (“Revised Framework“) brought into effect a new framework with a view to early identification and resolution of stressed assets (i.e. non-performing assets accounts) in harmonisation with the principles of Insolvency and Bankruptcy Code, 2016 (IBC).

The extant instructions on resolution of stressed assets such as Framework for Revitalising Distressed Assets, Corporate Debt Restructuring Scheme, Flexible Structuring of Existing Long Term Project Loans, Strategic Debt Restructuring Scheme (SDR), Change in Ownership outside SDR, and Scheme for Sustainable Structuring of Stressed Assets (S4A) stand withdrawn with immediate effect. Accordingly, the Joint Lenders’ Forum as an institutional mechanism for resolution of stressed accounts also stands discontinued. All accounts, including such accounts where any of the schemes have been invoked but not yet implemented, shall be governed by the Revised Framework.

Some important definitions under the Revised Framework

1. Default has been defined as non-payment of debt when whole or any part or installment of the amount of debt has become due and payable and is not repaid by the debtor or the corporate debtor, as the case may be. For revolving facilities like cash credit, default would also mean, without prejudice to the above, the outstanding balance remaining continuously in excess of the sanctioned limit or drawing power, whichever is lower, for more than 30 days.

2. Aggregate Exposure under the Revised Framework would include all fund based and non-fund based exposure with the lenders.

3. ‘Restructuring’ is defined as an act in which a lender, for economic or legal reasons relating to the borrower’s financial difficulty (An illustrative non-exhaustive list of indicators of financial difficulty are given in the Appendix to Annex-I of the Revised Framework), grants concessions to the borrower. Restructuring would normally involve modification of terms of the advances / securities, which may include, among others, alteration of repayment period / repayable amount / the amount of installments / rate of interest; roll over of credit facilities; sanction of additional credit facility; enhancement of existing credit limits; and, compromise settlements where time for payment of settlement amount exceeds three months.

4. ‘Specified Period’ means the period from the date of implementation of RP up to the date by which at least 20 percent of the outstanding principal debt as per the RP and interest capitalisation sanctioned as part of the restructuring, if any, is repaid. Provided that the Specified Period cannot end before one year from the commencement of the first payment of interest or principal (whichever is later) on the credit facility with longest period of moratorium under the terms of RP.

Applicability: All borrower entities having Aggregate Exposure (i.e. including fund based and non-fund based) of Rs. 50.00 million and above.

For reporting of Default, the lenders shall now report to CRILC on a weekly basis, at the close of business on every Friday or the preceding working day if Friday happens to be a holiday.

Such a resolution can be proposed either singly or jointly by the lenders which mean that even in case of default of one single lender; other lenders can join such lender for resolution of the stressed asset. This also substantiates cross default rights that are obtained by the lenders under their loan agreements.

Clause D of the Revised Framework prescribes timelines for reference dates of borrower entities having Aggregate Exposure at Rs. 2000.00 Crore and above for implementation of RP.

In respect of borrower entities with Aggregate Exposure of Rs. 100.00 Crore and above to less than Rs. 2000.00 Crore, RBI will announce reference dates for implementation of RP over a two year period.