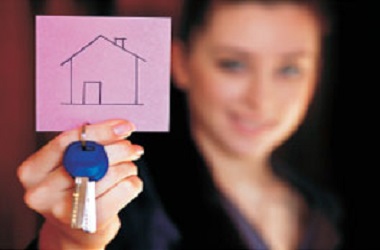 This article is written by Saumya Saxena, a BBA LLB student at Symbiosis Law School, Noida of Batch 2022. This article analyzes the concept of Stridhana and its various kinds under Mitakshara and Dayabhaga schools.

The word ‘Stridhana’ has been derived from ‘Stri’ (woman) and ‘dhana’ (property). In this way, stridhana etymologically means a woman’s property. The concept of stridhana has come down all the centuries from the Hindu Smritis but today, it has engulfed all forms of marriages in all visible castes and regions.

A text from Yajnavalkya Smriti runs as under: “What was given to a woman by the father, mother, her husband or her brother, or received by her at the nuptial fire or presented to her on her supersession and the like is denominated woman’s property.”

Difference between stridhana and women’s estate:

After the commencement of the Hindu Succession Act, 1956, any property owned by a Hindu female is her absolute property under Section 14(1) of the Act except the property which is covered by Section 14(2).

According to Dayabhaga, there are two kinds of stridhana:

Etymologically it means whatever is given at the time of marriage when the bride and bridegroom are sitting upon the same seat. Thus, Yautaka means all gifts given to the bride during the marriage ceremonies while she and her husband are sitting together.

According to Mitakshara, the property may be divided into two categories on the basis of the women’s independent power of disposal over it.

Property obtained by a married or unmarried girl, from the husband, or parents, at the husband’s or father’s place, is called Saudayika. All sorts of Saudayika is absolutely at the woman’s disposal and she may spend, sell or give it away at her own pleasure. Her husband does not have any control in the dealings or use of Saudayika.

All the remaining kinds of Stridhana fall under this category. A woman does not have the power to dispose of this Stridhana property during coverture without the husband’s consent.

Whether a particular property is Stridhana or not would depend on the following factors:

Property given as a gift inter vivos or by will by strangers (other than relations) to a woman, during maidenhood or widowhood, constitutes her stridhana. The same is the position of the gifts given to a woman by strangers before the nuptial fire or at the bridal procession.

Property acquired by a woman at any stage of her life by her own self-exertion, such as singing, dancing, manual labour or any mechanical art.

In all schools of Hindu law, it is a well-settled law that the properties purchased with stridhana or with the savings of stridhana, as well as all accumulations and savings of the income of stridhana, constitute stridhana.

Under Hindu law, there is no presumption that a woman who obtains property under a compromise takes it as a limited state. Property obtained by a woman under a compromise whereunder she gives up her rights to her stridhana will be stridhana. When she obtains some property under a family arrangement, whether such property will be stridhana or woman’s estate will depend on the terms of the arrangement.

In all schools of Hindu law, it is a settled law that any property that a woman acquires at any stage of her life by adverse possession is her stridhana.

Under all schools of Hindu law, the payments made to a woman in lump sum or periodically for her maintenance including the arrears of such maintenance constitutes stridhana. In addition to that, all movable and immovable properties transferred to her by way of an absolute gift in lieu of maintenance is also stridhana.

In Chinnappa Govinda v. Valliammal, the father-in-law gave some property to his widowed daughter-in-law for her maintenance. He passed away in 1960 leaving behind his interest devolved by succession to his daughter-in-law. The daughter-in-law filed a suit for partition in order to get her share of inheritance. Other family members said that she would be allowed to take her share only on one condition that she will include the property given to her under the maintenance deed in the suit properties. The Court held that there was no need for her to surrender the property given to her by the father-in-law under the maintenance deed as it was her stridhana.

A Hindu female can inherit property from a male or a female, she may inherit it from her parent’s side or her husband’s side.

Power of women over stridhana

Like the Karta of a Hindu joint family, she enjoys the power of management. In fact, her position is slightly superior to the Karta as the Karta is merely a co-owner of the joint family but she is the sole owner. Thus, she alone is entitled to the possession of the estate and its entire income, she can spend it as per her own wishes. And if she saves the income, the savings will also be her stridhana.

She is empowered to renounce the estate in favor of the closest reversioner. It means that she can voluntarily accelerate the estate of the reversioner by giving away her own estate.

For surrender to be valid, three conditions must be satisfied, the first one is that it must be of the entire estate, though she may retain a small portion of her maintenance. The second condition is that the estate must be in favor of the nearest reversioner either male or female. The third condition is that the surrender must be bonafide and not a device of dividing the estate with the reversioners.

If the female owner dies, the estate goes back to the heir or the heirs of the last owner as if the latter died when the limited estate ceased. Such heirs may be male or female known as reversioners. The property of the female is passed on to the reversioners when her estate comes to an end on her death, but it can also come to and end even during her lifetime if she decides to surrender.

The reversioners have a right to prevent the female owner from making a wasteful use of the property or improper alienation. They can sue the woman holder for an injunction to restrain waste. They are in the capacity of a representative, they can sue for a declaration that alienation made by the widow is null and void and hence will not be binding on them after her death. However, by such a declaration the property does not go back to the widow nor does it go to the reversioners.

After the woman’s death or the termination of the estate, if earlier, they filed a suit for declaration that the alienation made by the widow was null and void and did not bind them. The Supreme Court observed that when a Hindu female holder of a woman’s estate makes improper alienation, the reversioners are not bound to institute a declaratory suit during the lifetime of the female holder. After the death of the woman, they can sue the alienee for the possession of the estate treating alienation as a nullity.

In the case of Bhai Sher Jang Singh v. Smt. Virinder Kaur, Punjab & Haryana High Court stated that if a woman claims property, ornaments, money, etc which were given to her at the time of marriage, then the husband and his family members are bound to return back such property. If they deny to return back the property, then they will have to face strict punishment. The Court held that Bhai Sher Jang Singh and his family had committed an offense under Section 406 for committing criminal breach of trust as they had dishonestly misappropriated the ornaments which were the stridhana that Virinder had given to her husband for safe-keeping.

In Pratibha Rani v. Suraj Kumar, the Supreme Court observed that Pratibha Rani was tormented and denied stridhana by her in-laws. Pratibha Rani’s parents had fulfilled the demands of her in-laws by giving gold ornaments, Rs 60,000 cash and other items to her husband’s family. Few days after marriage, her in-laws started harassing her for dowry and kicked her out of the house along with her two minor children without providing any money for their survival.

She had lodged two complaints against her husband and in-laws under Section 125 of the Code of Criminal Procedure, 1973. The lower court favored her in the judgment but the High court reversed the judgment. Later, the apex court gave the judgment in her favor.

The Pratibha Rani case is the only remarkable judgment which discusses the concept of stridhana and the applicability of Section 405 of the Indian Penal Code, 1860.

How to keep a check on Stridhana

It is suggested that married women should maintain a list of their stridhana and must take care of its security, for instance, keeping their jewellery in bank lockers which are opened in their single names. Following are some precautionary steps that should be followed to keep a check on stridhana: