This article is authored by Dhawal Srivastava, a student currently pursuing B.A. LL.B (Hons.) from the Rajiv Gandhi National University of Law, wherein he has explained the nuances of the Gram Nyayalayas Act, 2008 and brought forth the analysis of the rural judicial set up in India.

In an expansive and largely rural country like India, it has always been an issue to make the colonial-inherited style of justice system more inclusive by not leaving out litigants of the countryside from pursuing their legal rights. In several constituent assembly debates before the formulation of the Indian Constitution, various proponents, particularly Mahatma Gandhi, were in favour of having a judiciary in traditional, ‘indigenous’ fashion. Years after the introduction of the constitutional regime, on the occasion of Gandhi’s birth anniversary in 2009, the law entitled ‘Gram Nyayalayas Act’ provisioning for setting up of rural courts or gram nyayalayas was enforced in the country.

The Gram Nyayalayas Act of 2008 (No. 4 of 2009) is parliamentary legislation enacted for the institutionalisation of village courts or gram nyayalayas across the length and breadth of the country for speedy and better accessibility of the judicial system to the rural population. Gram nyayalayas are mobile village courts which are directed towards providing an affordable justice to villagers. Gram Nyayalaya is essentially constituted by three Hindi words; Gram, which means ‘a village’, Nyay, meaning ‘justice’, and Aalya, which means a ‘House’ or ‘centre’.

In its 114th Report, the Law Commission of India put forward the consideration of transitioning from the democratic Nyaya Panchayat setup, whose composition was based on elections, towards a form of ‘participatory justice’ under the authority of people with requisite legal skills and customary, traditional knowledge in the form of Gram Nyayalayas. The Commission suggested that the establishment of a three-member panel with a presiding judicial officer, to be selected from amongst the cadre of judges of that State, and two lay-judges, to be selected on the recommendations of the panel consisting of District Magistrate and District and Sessions Judge.

The presence of a judicial officer convinced the Commission to expand the criminal jurisdiction of these courts, while not providing for any pecuniary jurisdiction. In a way, the intent was to create a comprehensive framework with the pros of both the indigenous panchayat system and the formal adversarial judicial setup of the modern Indian judiciary. Some of the provisions mentioned in the Act have been taken from the recommendations of the 114th report of the Law Commission of India. Article 39A of the Indian Constitution, which safeguards the impoverished and vulnerable sections of the society by providing for free legal aid to them, can also be counted as a source for having the inexpensive gram nyayalayas in the country to make justice free, fair and available to all.

Section 3 of the Gram Nyayalayas Act, 2008 provides for the establishment of gram nyayalayas. The State governments have been vested with the authority of setting up one or more nyayalayas, after proper consultation with the respective High Court, in every Panchayat at the intermediate level or group of adjacent Panchayats at the intermediate level of a district. The governments of respective states are also sanctioned to control and alter the territorial jurisdiction of the gram nyayalayas from time to time, depending upon the requirement or circumstance. Section 4 of the Act provides for the headquarter of the gram nyayalaya to be situated in the respective Panchayat or some other place notified by the state government.

Composition of the Gram Nyayalayas

Section 5 of the Gram Nyayalayas Act, 2008 lays down the appointment of the presiding officer of the rural mobile courts, designated as Nyayadhikari, by the State Government after deliberation with the High court. Section 6 of the Act requires the Nyayadhikari to fulfil the requirements and qualifications of a First class Judicial Magistrate and provides for proper reservation of the marginalized, women, the Scheduled Tribes and Scheduled Castes for the post. The salary of the Nyayadhikari, governed by section 7 of the Act, shall be equivalent to that of the Judicial Magistrate of the first class.

Jurisdiction of the Gram Nyayalayas

As stated above, the territorial jurisdiction of the gram nyayalayas is determined by the individual state governments on their discretion. However, it can function as a mobile court within this specified area after giving wide publicity to the locals about the same. As per Section 11 of the Gram Nyayalayas Act of 2008, these rural courts are legitimised to have jurisdiction over both the criminal as well as civil matters. The gram nyayalayas are also empowered to exercise pecuniary jurisdiction in accordance with the prescribed guideline of the respective High Court. A special power granted to the nyayalayas is the consideration of special types of evidence that are not acceptable as per the Indian Evidence Act of 1872 as these courts are guided by the principles of natural justice and are supposed to follow the High Court’s discretion. The aforementioned is provisioned in Section 30 of the Act which permits any statement, report, document or information to be accepted as evidence by the Nyayalaya.

Procedure to be followed under the Act

Hence, it can be said that the procedural mechanism of the Act is definitely not in full consonance with both the criminal and civil procedural codes of the country and is both similar and different from them in many aspects.

Legal Representation and Resolution under the Act

The Act has not barred lawyers from representing the parties involved in a dispute before the Nyayalaya in pursuance of a professional setting of judicial redressal and the adversarial legal system. This was also suggested in the 1986’s Report of the Law Commission. However, the recommendation of lay-adjudication was not accepted by the legislators in the 2008’s Act.

In pursuance of the principle of Alternate Disputes Resolution, section 26 of the Act provides for mandatory consideration of solving the dispute through the method of conciliation, which is approved by the concerned High Court (deriving the authority from section 27 of the Act). Due to this, it is requisite for a Nyayalaya to have a panel of conciliators. If conciliation does not work out in bringing a conclusive end to the dispute, the matter is continued to be adjudicated upon by the rural court.

The litigants, if unsatisfied from the decision of the gram nyayalaya in their dispute, can approach higher judicial authorities for both criminal and civil matters. These have been discussed below:

Kinds of offences tried by Nyayalayas

For a proper understanding of the different nature of offences that are tried by Nyayalayas, a distinction needs to be done between Schedule I and II of the Act. Both of these schedules can be amended by the central as well as state governments. They are discussed below:

Contemporary Relevance of the Act

In the National Federation of Societies for Fast Justice and Ors. v. Union of India, the Supreme Court, in February 2020 had directed those states which had failed to present a notification with regards to the setting up of rural mobile courts or gram nyayalayas under the Gram Nyayalayas Act, 2008 to do so within a month. The apex court also reiterated to the High Courts to speed up the process of starting the consultation process with the respective state governments.

It is important to establish as many gram nyayalayas in the country as possible as these are an integral part of the judicial reforms that are requisite for the revamp of the institution. They are also essential for reducing the burden of the lower judiciary by speedy disposal of the disputes at the grassroots level. Even the appeals against the decisions of the rural courts are time-barred to be adjudicated within six months from the date of appeal.

When the Act was passed, it was aimed at establishing five thousand village courts or nyayalayas across the country. However, the current day stats (as of September 2019) reveal a contrary picture, far away from the set target. There are only 208 functional gram nyayalayas or rural courts in the country. Out of the 28 states that are a part of the Union of India, only 11 have taken steps and worked towards notifying about gram nyayalayas in the country so far.

The system of mobile rural courts or gram nyayalayas are not bereft of inadequacies that need to be dealt with at both the legislative as well as bureaucratic levels. These are as follows:

The foundation of gram nyayalayas can be described as a major positive step towards reinforcing structural reforms in the Indian judiciary and making it more accessible to those who are deprived of the adequate recourse and protection due to the complexity and technicality of the system. The gram nyayalayas, though are based in a manner that brings them a bit closer to the adversarial setup of the formal judicial system, also have underlying indigeneity and traditionalism in their very conceptual existence. It can be described as a decisive resolve of the state to move on the ideals of Mahatma Gandhi and his support for ‘swadeshi’ system of dispute resolution. 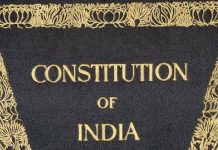 The peculiar case of Article 31B of the Indian Constitution 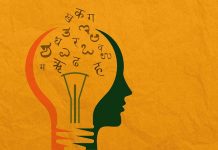 Inclusivity under the National Education policy 2020 : does it actually enforces the Right to Education