This article is written by Jisha Garg, from Rajiv Gandhi National University of Law, Punjab. This is an exhaustive article dealing with the constitutional validity of Section 497 of IPC which criminalises adultery in India. It traces the history of the provision which has discriminatory roots. The article analyses various previous judgments and the recent judgement in which the Supreme Court of India struck down the adultery law under Section 497 of IPC.

“Autonomy is intrinsic in dignified human existence and Section 497 denudes women from making choices and held adultery as a relic of the past.” – Justice DY Chandrachud

The universal definition of ‘adultery’, is the voluntary sexual intercourse of a married person with a third person other than the spouse, although its legal definition varies from statute to statute and country to country. Since many religions across the world including Hinduism, Islam, Christianity and Judaism have condemned adultery and criminalised it, the modern trend has inclined towards decriminalising it. Most cultures make both men and women equally liable but in case of ancient Hindu law, only the female adulteress spouse would be punished and not the male adulterer. This provision discriminated against women. The subsequent criminalisation of adultery raised further questions on the validity of this provision.

Therefore, the constitutionality of this provision was challenged from time to time. In one such case, the Supreme Court struck down Section 497 of IPC which criminalised adultery while still considering it as a ground for divorce. The present article deals with the Supreme Court’s judgment of striking down a 158-year old adultery law mentioned under Section 497 and the rationale of the court behind striking it down.

The historical background of Section 497 of IPC

However, things changed after the advent of Hindu Marriage Code in 1955 under which a Hindu man could marry only one woman. Therefore, in order to protect the institution of marriage and prevent its breakdown, adultery was enacted as a ground for divorce. This would deter the man from indulging in sexual relations with the woman other than his wife.

It is, however, critical to note that even after the announcement of adultery as a ground for divorce; it was still criminalised under Section 497 of IPC. It was for this reason that criminalisation of Adultery was questioned from time to time by various women rights activists and lawyers. There are three cases in which adultery law was challenged in the Court.

This was the first case in which the adultery law was challenged in 1951. It was challenged for being violative of Fundamental Rights under Articles 14 and 15 of the Constitution. The petitioners contended that Section 497 of IPC discriminated against men by not penalising women in an adulterous relationship. The court held that Section 497 of IPC is constitutionally valid under Article 15(3) of the Indian Constitution. The court asserted that the rationale behind introducing adultery law was that in most cases, it is the woman who is the victim and hence, cannot be a perpetrator. However, the irony in the case was that although the court considered women as the victims in cases of adultery, they did not provide them with the right to file a complaint.

Even after the judgment, in this case, the ambiguity around the validity of adultery law could not be resolved. The Supreme Court held that in order to protect the sanctity of marriage, both the husband and the wife should not be allowed to file a complaint against each other in case of an adulterous relationship. However, the court retained the criminalization of marriage under IPC.

The court in this case held that the rationale behind the non-prosecution of women in cases of Adultery was to protect the sanctity of a marriage and in turn, promoted a social good. It was “a shield rather than a sword” and it gave the couples a chance to “make up”. Therefore, the court held that adultery law does not infringe on anybody’s constitutional rights and hence, it was completely valid.

An analysis of Section 497 of the IPC

Section 497 of the IPC gave a husband the exclusive right to prosecute the person with whom the wife committed adultery by indulging in sexual intercourse with him. The husband can also file for divorce against his adulterous wife on grounds of adultery. However, a similar right was not conferred on a wife to prosecute the woman with whom her husband has committed adultery. Secondly, the provision did not confer any right on the wife to prosecute her husband for adultery. This is, however, one perspective of looking at this provision.

However, the present case focuses on the first perspective according to which the husband has the right to punish the person with whom his wife has committed adultery and the wife does not have similar rights. The present case focuses on the fact that Section 497 does not provide any provisions for providing relief to a wife whose rights have been violated in a marriage.

The Supreme Court’s judgement in the present case

The constitutionality of Section 497 of IPC was challenged in the case of Joseph Shine v. Union of India, 2018. In this case, the petitioners contended that criminal law should be used only as the last method of social control and it should not be used to check or control private morality or immorality. Centre, on the other hand, argued that adultery is an intentional action which impinges on the sexual fidelity and sanctity of marriage. It is an action knowingly and willingly done with the full knowledge that it would hurt the family, the children and the spouse.

After hearing both the sides, the Supreme Court in a Bench headed by the then Chief Justice of India, Deepak Misra, pronounced that Section 497 of the Indian Penal Code is unconstitutional and hence, struck it down. The court held that the provision was based on gender stereotypes and hence violated Article 14 (equal protection of laws) and Article 15 (non-discrimination on grounds of sex) of the Indian Constitution. The court also struck down Section 198 (2) of the Criminal Procedure Code which allowed a husband to bring charges against the man with whom his wife has committed adultery. The Court also held that for adultery to be termed as a criminal offence, it is essential that one of the spouses committed suicide in the course of the events. In such a case, the other spouse would be made liable for abatement to suicide under Section 306 of IPC.

Chief Justice Deepak Misra, while pronouncing the judgement, observed that any provision asserting husband as the master of the wife and treating women with inequality cannot be considered constitutional. Responding to the question of consent, CJI Misra observed that in case of absence of consent of the married woman, it amounts to rape. On the contrary, if the sexual intercourse is done with the consent of both the adults, then the act fails to qualify the test of an offence. Justice Indu Malhotra, while reading her judgment, observed that Section 497 “institutionalises discrimination” and therefore, such a provision needs to be struck down.

The Supreme Court on the question of passing a judgement for a new, gender-neutral adultery offence, remarked that subjecting interpersonal relationships to the severity of criminal law would amount to an intrusion into the right to privacy guaranteed under Article 21 of the Indian Constitution.

The decision of the Supreme Court was lauded across horizons from lawyers to activists welcoming the decision of striking down the antiquated law treating women as the properties of their husbands. According to various women activists the provision for criminalisation of Adultery was evident of unequal treatment to women and was against her status as an individual separate entity. Decriminalisation was necessary to free women from the shackles of “patriarchal control.”

Justice Chandrachud, while analysing the case, made contrasting observations. He mentioned the term “good wife” in one of the sections of his judgement, conveying that a woman’s sexual desires cannot be contained after marriage and Section 497 deprived women of their sexuality which is why it needs to be declared unconstitutional. Justice Chandrachud added that a woman does not pledge her sexual autonomy to her husband after marriage and any provision depriving a woman of the choice to have consensual sex with anyone outside the marriage needs to be struck down. He continued saying that Section 497 manifests arbitrariness and is destructive of a woman’s dignity. The section also disrespects women’s sexual autonomy.

The future implications of the judgement

The judgement in this case is not only crucial for the protection of women’s marital rights but also for the further implications it may have. All the judges agreed that a woman has the right to individual choice, bodily integrity and personal autonomy in the context of family and home. The judgement to decriminalise adultery calls into question the constitutionality of two other prominent laws infringing women’s rights. One of them is the restitution of conjugal rights which forces one of the spouses, who has left the other house, to return against her will and the other is the exception of marital rape in which rape committed within a marriage does not amount to rape under criminal law. The judgement in this case would act as a launch pad for striking down other such laws against women’s marital rights ensuring greater equality, freedom and independence within the private spheres of the society.

Although marriage is a both a civil contract and a sacrament, it is not a standard form of contract. Therefore, it should be up to the discretion of the husband and wife as to whether they want to penalise the other spouse in case they enter into an adulterous relationship or not. It is unwarranted to make provisions in penal law to regulate a personal and private contract like Marriage.

Even the presence of adultery as a ground for divorce is to reach a settlement and not prosecute the person for that offence since prosecution cannot be an effective remedy for the aggrieved against whom adultery has been committed. Due to this, most western countries have decriminalised adultery and even in countries where it still exists, prosecution is rarely the preferred path.

During the time when adultery was termed as an offence under IPC, the actions of the men entering into sexual relationships with married women were socially acceptable due to which the married women were left devoid of love and affection. Also, there was absence of codified personal and matrimonial laws during that time. It was due to this reason that the act of adultery was criminalised in order to protect the interests of the women. Even though the provision was for protecting the interest of the women, they were not given a right to file a complaint against her adulterous husband.

It was only in 1955 that Hindu Marriage Act came into existence and mentioned Adultery as a ground for divorce. With the passage of time and the prevalence of monogamy, women have begun to establish their independent identities in the society and are no longer considered as chattels of their husbands. Therefore, the need to criminalise adultery was slowly turning redundant and it was defeating the purpose for which it was criminalised. Hence, the decision of the Supreme Court of India to decriminalise adultery is laudable and will form the basis for upholding women’s bodily integrity and independence in the future. 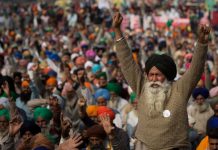 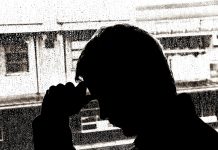 Should depression be included under incapacity 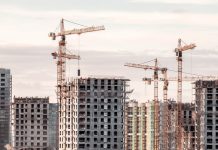