This article has been written by Manya Dudeja, from the University School of Law and Legal Studies, Guru Gobind Singh Indraprastha University. It addresses the benchmark decision of the Supreme Court which quashed the Madhya Pradesh High Court bail order that was insensitive, illegal and undermined the honour of the complainant.

The Supreme Court, while recording its judgment, started it by quoting Henrik Ibsen, who talked about how women struggle to be themselves in this exclusively masculine society and how the judicial system judges feminine conduct from a masculine point of view. Here, the Supreme Court did much more than just addressing an individual case. It widened the scope of this case to acknowledge the plight of survivors of sexual assault who have on various occasions been misunderstood and let down by not just the society but ironically, the judicial system too. This judgment can function as a force to sensitize the judicial system which imposed such conditions that hurt the dignity and honour of women.

This article will discuss how the judgment pronounced by the Supreme Court in the case of Aparna Bhat v. the State of Madhya Pradesh is a progressive step ahead to recognise the plight of women who are survivors of sexual assault. The landmark judgment outlawed arbitrary bail conditions that can further traumatise the victim. It would also explore the limits to Section 438 of the CrPC, the impact of such careless conditions imposed by courts and would also look at similar cases where courts have disappointed the victim.

In this case, the Madhya Pradesh High Court while granting bail to the accused under Section 439 of the CrPc laid down various conditions based on which the bail was granted. One of them was challenged and has been found to be arbitrary and hence quashed by the Supreme Court in the case of Aparna Bhat v. State of Madhya Pradesh.

The accused was asked along with his wife to visit the complainant and request her to tie him a rakhi or a thread and promise to protect her to the best of his abilities. He was also asked to pay her a sum of Rs 11,000 as a customary ritual and Rs 5,000 to her son in order to purchase clothes and sweets.

The part of the bail order concerned with the tying of the rakhi was challenged in the Supreme Court by public-spirited individuals.

This judgment raised various questions of law, including whether such bail conditions imposed by the courts are acceptable or not and how they can impact society. The court’s encouragement to compromises between the accused and the victim has also been questioned. While Section 438 of CrPc does provide courts with the power to impose bail conditions as they find necessary, the provision is not an unlimited one and certain limits have to be adhered to while using it. The responsibility of the judicial organ with respect to spreading gender sensitisation and being itself sensitive to the honour and dignity of women has also been raised.

The Supreme Court thanked the petitioner for the valuable suggestions and quashed the bail conditions imposed by the Madhya Pradesh High Court. The court also laid certain guidelines for the same. It also accepted the suggestions regarding the inclusion of a gender sensitisation curriculum in law schools, for the bar exam and also for induction training of newly appointed judges.

Even though the law states that there must be a nexus between the object and purpose of the bail order and that the order should not harass the individual or infringe any of their constitutional rights, judges have often crossed this limit while exercising their judicial discretion. In this case, again, the Supreme court has issued a slew of directions to be followed by judges while granting bail in cases of sexual assault. They are:

How will this prove to be a step ahead for women?

Indian society has always been the one to blame the victims of sexual assault. Time and again, women have been questioned about their conduct, dressing choices, attitude and time of moving out of their house. Judges have also often perpetuated this practice during trials by questioning the victim and making such remarks which stereotype certain behaviour and also threaten to interfere with the trial. With the Supreme Court criticising such conduct on the part of the courts overtly, hope has been ignited for the reformation of the judicial system. The gender sensitisation programs would also help in spreading awareness about the issue in the legal fraternity.

The Supreme Court through this order has set an important precedent for courts to follow in their future conduct while dealing with victims of sexual assault. It has set an example for its large audience by talking about the ills of a patriarchal society. This will be etched in history as a step ahead for the emancipation of women. With the guidelines being followed, it is hoped that we would not witness such arbitrary conditions in judicial orders in the future.

The possible impact of such comments by courts

Such comments by trial courts and High Courts, intentional or unintentional should be completely avoided. This can also be called Judicial stereotyping. Judicial stereotyping is when judges attribute specific traits to specific people based on their gender, religion, caste or ethnicity. Judges through this often perpetuate dangerous stereotypes contrary to challenging them, which they are supposed to do. Due to the large audience that judicial pronouncements cater to, such comments can have a larger social impact. Stereotyping also threatens to affect the impartiality of the judge and hence can hinder a fair trial. Creating rape myths or an image of an ideal sexual assault victim also undermines the credibility of the incident and abuse faced by survivors of sexual assault who deviate from the popular image of a chaste woman.

Other cases where courts have made unwelcome remarks or imposed arbitrary conditions are:

Rakesh B v State of Karnataka

The accused was booked under Section 376 of the Indian Penal Code, 1860. While granting bail to the accused, the Karnataka High Court commented on the conduct of the complainant and questioned her for going to her office at 11 PM in the night, also for consuming drinks with the accused and allowing him to stay the night. When the complainant explained that she was tired and fell asleep, the court remarked that this was “unbecoming of an Indian woman”.

In this case, the trial court not only disbelieved the prosecutrix but also went on to comment on her character. The Supreme Court noted that this goes against the sobriety expected of a judge and contributes towards encouraging the criminal and discouraging the victim to speak up. The trial court referred to the prosecutrix as a girl of “loose morals” and “such type of girls”.

The Punjab High Court in this particular case granted bail to the three persons who were accused and commented on the prosecutrix by calling her out for her “casual relationships”, “voyeuristic mind”, “promiscuous attitude” etc.

There is a dearth of women within the institution of the judiciary and women lawyers often also face discrimination and sexist remarks. Hence this is where the problem starts, in order to ensure gender-biased-free judgments, the first step would be to create an equal space within the institution and to spread awareness regarding the same. The solution to these evils comes from public discussion and debate and by holding accountable institutions with the power to make a difference. Such sexist judgments should be criticised and held as an example of what is not the right thing to be done.

The soul of society lives on its pillars of governance, the legislature, the executive and the judiciary. For society to thrive, it is important that these pillars uphold the objectives with which they were constituted. By pronouncing this judgment and regretting the paternalistic and misogynist attitudes reflected in some judicial orders, the Supreme Court sparked hope for the positive growth of society and proved that justice is still served at its doorstep. Such extraneous statements and orders as was issued in the present case can set an adverse precedent and hence should be totally omitted from the judicial pronouncements, whatever the personal bias of the judge may be. Judicial stereotyping is an evil we must collectively fight. The arbitrary condition imposed by the Madhya Pradesh High Court was not the first in line, time and again such orders have been passed and shocked the social fabric. Hence, the guidelines laid down by the Supreme Court are a welcome step and should act as a deterrent to all future judgments.

Judges play a vital role in society and their judgments attract a varied audience, from law students, researchers, lawyers, parties to the case and to the general public. This makes it all the more important that these judgments must be carefully thought and presented and should not reflect any kind of bias. They should be responsible and set within the limits of the constitutional provision.

Concept of repugnancy under Article 254 : an insight 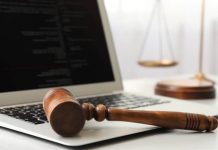