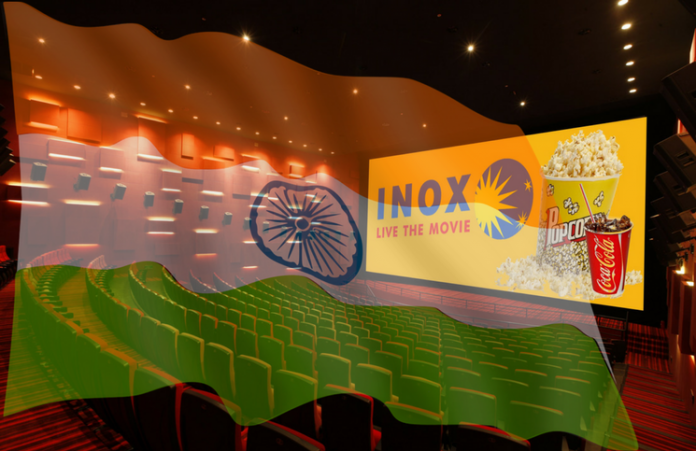 This is a guest article written by Anshritha Rai, a law student at ILS Law College, Pune. An avid reader, she has an insatiable passion for writing.

In an interim order passed just over a month after the case was filed, the apex court held that the National Anthem must mandatorily be played before the screening of any movie in cinema halls and the national flag must be displayed on the screen while all viewers dutifully stand up.

“When the National Anthem is played, it is imperative for everyone to show honour and respect. It would instill a sense of committed patriotism and nationalism.”

The said order sparked a debate on whether compelling an individual to stand to attention and sing the national anthem is violative of the fundamental rights as enshrined in the Constitution.

“It is the sacred obligation of every citizen to abide by the ideals engrafted in the Constitution. And one of them is to show respect to the National Anthem and National Flag,”

What is pertinent to note is that although these Orders are to be read as a part of the Prevention of Insults to National Honour Act, it accords no punishment for one who breaks the aforementioned rule.

No part of this Order prescribes a charge of sedition for failing to stand up when the anthem is played.

In a landmark case of Bijoe Emmanuel & Ors v. State of Kerala in 1986, the apex court ruled that coercing the children to sing the National Anthem infringed their right to religion.

In a recent case of 2003, a petition filed by Shyam Narayan Chouksey alleged that film producer and director Karan Johar had portrayed the National Anthem insultingly in the movie ‘Kabhi Kushi Kabhi Gham’. In response, Karan Johar moved the Supreme Court and the order passed by the High Court was set aside. It was held that viewers weren’t required to stand up when the anthem is played in a movie.

A question that the order raises is why instilling patriotism and nationalism through the anthem is confined only to audiences of cinema halls where viewers primarily go to for entertainment purposes.

The Supreme Court has further neglected to consider the plight of the disabled and the infirm who may not be able to stand up for the anthem.

The order creates the problem of its enforcement as it carries with it the possibility of being infringed nation-wide, thereby creating law and order complications.

Referring to the fundamental duties of citizens contained under Article 51-A of the Constitution, the court held that to revere and respect the National Anthem as well as the National Flag is a fundamental duty of each and every individual alike. However, the Constitution neither prescribes any provisions whatsoever for the implementation of these duties in a court of law nor does it provide any specific penalties for violating it.