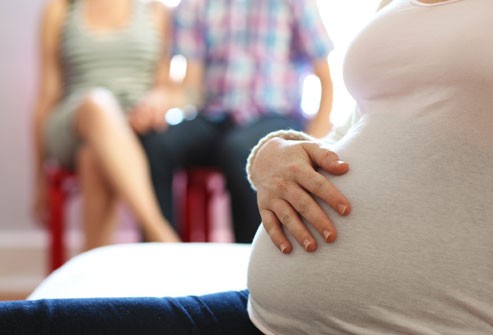 In this article, Monika Rahar discusses Surrogacy and its Legal Implication.

“What’s wrong in being a Surrogate? It’s good to do this than doing any immoral acts (referring to prostitution). I heard that Surrogacy is going to be closed. We pray that this place remains open. We support Dr Nayana. My daughter wants to study in an English medium school and with this money, I can pay her fee and have my own house”- Devi Parmar, 26, a surrogate mother from Akanksha clinic, Anand, Gujarat.[1]

Is it a practice to be revered as a noble profession or is it commercialization of the very basic biological process that starts the human race? Are poor women being exploited by couples cursed with infertility but having a ray of hope to have children who are genetically theirs?

These questions are troubling the Capital of baby producing factory; INDIA.

Having a child is the most beautiful blessing showered on humans by God, but about 80 million couples [2], that is to say,‘1 in every 6 couples’ around the world are cursed with infertility. “Infertility” as defined under the new Surrogacy (Regulation) Bill 2017 means the inability of couples to have their own children even after 5 years of regular sexual intercourse.[3]

Traumatized by biological distortion and societal boycott, Alternative Reproduction Techniques, are the last resort for these couples to have their own children. Surrogacy is one such Alternative Reproduction Technique. As defined in the draft Assisted Reproductive Technologies (Regulation) Bill 2010 it is, “an arrangement in which a woman agrees for a pregnancy, achieved through assisted reproductive technology, in which neither of the gametes belongs to her or her husband, with the intention of carrying it to term and handing over the child to the person or persons for whom she is acting as surrogate.” [4] It is broadly classified into two types “traditional” and “gestational”.

India, home to almost 20 million infertile couples[5] made commercial surrogacy legal in the year 2000. Right from 1997 when India saw the first baby delivered through gestational surrogacy in Chennai; to 2008 Baby Manji Yamada case[6] that stir the debate about laxity in surrogacy laws and to Surrogacy (Regulation) Bill 2016 India has emerged as a surrogacy hub. Now, with the approval of cabinet on 24th August 2016 to BAN commercial surrogacy[7], the discourse of legal implication of this baby producing business is brought back on tables. Under the new draft bill, only childless infertile Indian couples married for 5 years can opt for altruistic surrogacy and homosexual couples, foreign couples, people in live in relationship and individuals are prohibited from commissioning baby through Surrogacy[8].

The need for this ban arose due to; exploitation of poor surrogate mother who opts to be one ‘out of poverty’ and the ‘commercialization’ of as pious a process as giving birth to a baby. Mostly the terms of the surrogacy contract are arbitrary, the surrogates get only a small proportion of what the ART clinics earn and in case of a miscarriage she is not given even a single penny. There have been conscience pricking cases in the past where the children are either left behind by their commissioning parents (Dev, a baby boy left by Australian couple) or not given citizenship (Baby Manji Yamada v. Union of India, 2008), or sold in the market. We are forced to question humanity when doctored implant multiple embryos in a surrogate and either ‘kill’ or sell the “extra” children when not needed by their clients. The foreign couples have always been shown in the bad light due to the above-mentioned reasons but the fact that needs the attention of appropriate authorities is that even these couples are exploited by ART clinics. 21st Century world is a global village and any service available in any corner of the world is wide open for anyone to avail its benefits. So it’s reasonable for foreigners to come to India where they get quality Surrogacy services at reasonable prices.

The good news is that the $2.3 Billion[9] mega industry, which was earlier governed by non-binding guidelines issued by Indian Medical Council for Research in 2005, will now have appropriate authorities both in the states and union territories working under close supervision of State Surrogacy Board and National Surrogacy Board respectively. These authorities and boards are given the power to set standards of conduct, inspect the condition of the physical infrastructure of ART clinics, look into the medicines administered to a surrogate and also address complaints of the aggrieved parties. Therefore, owing to these provisions CHILDLESS foreign couples, single parents, unmarried couples and homosexual couples should also be allowed to have a baby through surrogacy.

This ban does not address the core issue rather it has surrounded India by the clouds of ambiguity and justifying the violation of several fundamental right guaranteed by Indian Constitution viz., article 14 ‘Right to equality before law (only married couples are allowed), article 19 ‘right to freedom of trade’ for surrogate mothers and article 21 ‘right to live with dignity and personal liberty’ (childlessness is a social stigma) [10]as was laid down in Francis Coralie v. Union Territory of Delhi, on the grounds of cultural and ethical values.

Surrogacy is a commendable innovation but unfortunately government has very aptly said, “once a convenience, it has now become a luxury” and many celebrities like Ronaldo, Amir Khan, Shahrukh Khan, Krushna Abhishek and Kashmera Shah[11] have opted for this technique just because they don’t want to enter into marital ties or don’t want to disfigure their bodies or don’t want to under the pain of pregnancy. Moreover, India has around 20 million orphan children who can be adopted by these couples but it is on them to choose, a complete ban on commercial surrogacy (if properly regulated) cannot be justified legally.

Surrogacy Capital of the world cannot be shut down overnight rather it will operate undercover and will further exploit the illiterate surrogates and infertile commissioning parents. Whenever the need to address this issue arose the medical fraternity simply termed it as a practice where the demand of both the parties viz., the surrogate and the commissioning parents were met while the government and the National Commission of Women could only manage to come up with a complete ban without realizing their responsibility to come up with such a draft bill that suits the changing form of society and at same time protects the rights of the surrogates, the commissioning parents and the children.

The government should rethink this draft Surrogacy regulation bill 2017 and certainly ban on commercial surrogacy should be lifted. Provisions like establishment of appropriate authorities, state surrogacy board and national surrogacy board, fixing the age of both surrogates and commissioning parents, limiting the number of times a woman can become a surrogate and disallowing couples having single child be it natural or adopted, form commission surrogate child amongst others are welcomed and in fact are need of the hour.

CHILDLESS & INFERTILE foreign couples, homosexual couples and single parents (divorced or widowed) should be allowed to have a baby through surrogacy in India only in the presence of fully functioning central and state regulating authorities. The claim that homosexual couples (the third gender) are not recognized in our culture cannot deprive a significant size of India’s population of their basic fundamental rights, moreover everything that is prevalent in culture and law for that matter (section 377 IPC) cannot be always right, as was the case with the practice of Talaq-e-bidat. Indian surrogacy industry plays a significant role in expanding the medical tourism and if regulation is properly done and if surrogates are happy to earn money by blessing someone with a child then it is not wrong.