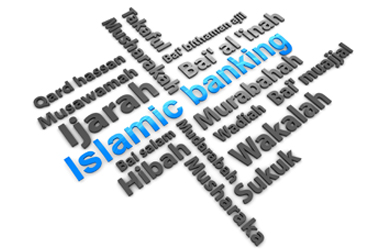 In the context of Islamic Finance, does one have a right under the Indian Constitution to receive financial services that are compliant with their religious practices?

Before answering this question, a few things need to be put into perspective.

Right to Islamic Finance under the Constitution

Under the Indian Constitution, right to development has been recognized as a Fundamental Right under Article 21. Access to a credit system and financial services is a very important ingredient of development. While it is possible to argue that the Muslims who does not participate due to the prohibitions in their faith are not excluded by the government by their own preference, it is prima facie faulty argument. The question is not whether Muslims should participate in the regular interest based banking system. The question is whether a viable and credible credit system which is in compliance with their faith, on that they want to access can be arbitrarily (arbitrarily, since no good reason is offered for the same) barred from developing.

Politically, this is a very strange action on part of the ruling party which claims to be pro-Muslim interest.

Legal recourse to legalize Islamic Banking and Finance in India:

The best way to deal with this seems to be taking up the matter up through a writ before High Courts and the Supreme Court, since effectively barring Islamic Finance through regulations amount to violation of Right to Equality (arbitrariness), Right to Practice a Religion (since following religious tenet is resulting in financial exclusion) and Right to Life. Most importantly, once the case is admitted and notice is issued to the Government, they will need to take a stand on the matter. The Government will find it very difficult to take an anti-islamic finance stand in the matter and hopefully the process will thus be expedited.