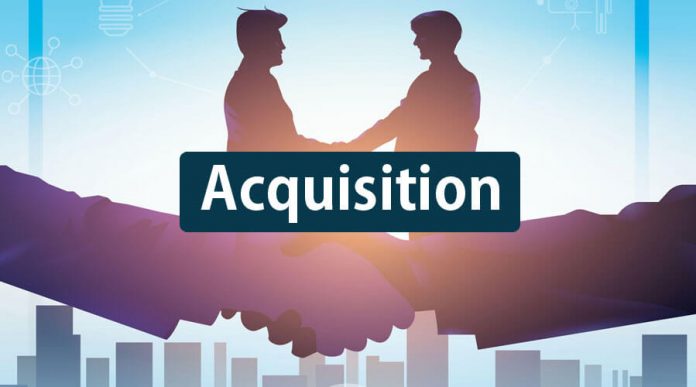 This article is written by Paritosh Dhawan who is pursuing a Diploma in M&A, Institutional Finance and Investment Laws (PE and VC transactions)  from Lawsikho.

Mergers & Acquisition (M&A) have been a prominent feature of the global market as in today’s booming economic and market conditions. Organizations all around the world have a zillion opportunities and struggles which they have to cross and tackle. Mergers & Acquisition is one of those most opted strategies by the organizations which are looking for a change.

It provides numerous advantages to the organization like expansion, efficient use of resources, diversification, capital, avoidance of competition, tax benefits etc. Regulations and Policies applicable in India have promoted the development of Mergers & Acquisition activity domestically as well as Internationally.

Mergers & Acquisition has been the most accepted strategy for corporate growth and if structured properly an organization can save a lot of money through tax benefits.

The Income Tax Act of 1961 is an extensive statute that targets the various rules, policies and regulations that govern the taxation laws in India. The said act includes various provisions that talk about dealing with taxation in different ways of structuring. M&A transactions are carried in various ways such as

A merger is a route of business transfer whereby the assets of two companies become vested in one company. The Income Tax Act, 1961 doesn’t define the term merger but only defines an “amalgamation” as defined under Section 2(1B) as the merger of one or more companies with another company, or the merger of two or more companies to incorporate a new company.

A merger requires approval of the National Company Law Tribunal (NCLT) and it is typically processed through an arrangement as specified under Section 230 to 232 of the Companies Act, 2013.

What transactions are exempted from capital gains tax in an amalgamation?

Section 47 of the Income Tax Act specifically exempts the following:

In conclusion, we can say that an amalgamation between two or more foreign companies can definitely be exempted from tax in India for the amalgamating foreign company, however, it will definitely result in Indian Capital Tax gains for the shareholders.

As in an Amalgamation/ Merger, there is a transfer of the company on a going-concern basis the Goods & Services Tax is not usually applicable. However, it has been stated under Section 18(3) of the Central Goods & Services Tax Act, 2017  that availability of the input tax credit furnishes that where there is a change in the constitution of a registered person on account of an amalgamation, transfer of unutilized input tax credit in the electronic credit ledger shall be permitted if certain conditions are satisfied.

In India, the constitution segregates the power between the Center and the State Government towards levying stamp duty. Stamp duty is always paid when a Sale Deed or a Deed of Conveyance is executed.  The central Government enacts The Indian stamp Act of, 1899 which may or may not be adopted by the states. Certain states in India have their own respective stamp acts.

In comparison to an amalgamation, a demerger is a manner of slicing off a business of a company through a process that is driven by NCLT in compliance with the Companies Act, 2013. It involves the transfer of a part of a company to another company, generally as a going concern. The newly formed entity may be incorporated as a new company or maybe a company that already has its own legal entity.

Demerger has been defined under Section 2 (19AA) of The Income Tax Act as a transfer pursuant to a scheme of arrangement under the provisions of Indian Company Law, by a company that is demerged to a resulting entity and which meets the following conditions:

Therefore, only when the demerger transaction ticks all the aforesaid conditions it shall be termed a demerger.

The tax laws, in particular, ascertain that in a situation of a tax neutral demerger, there shall be no capital gains tax on the demerging company on any transfer of capital assets to the resulting company (If an Indian company)

On the other hand, when there is a demerger of a foreign entity into a subsequent foreign entity where the capital assets are transferred, there shall be no tax implication on the capital gains in India if the following are complied with

The resulting company is to carry forward the accumulated tax losses and depreciation which is unabsorbed of the undertaking where:

An asset sale, a way of transferring ownership of fewer items that allows the partners to handpick them as per their commercial considerations and also relieves the buyers of liabilities. In an organized sale of assets, for deciding the taxability of capital gains, a qualification is drawn between depreciable and non-depreciable assets.

Assets such as plants, machinery, devaluation on which is accessible. Section 50 of ITA acknowledges the calculation of capital gains of depreciable assets under section 50.

Assets which are not held with the purpose of business use and devaluation on which is not accessible under Section 32 of ITA. The capital gains on such assets is computed according to section 45 and 48 of the ITA.

Furthermore, whether the sale would bring about Short or long-term capital gains would be dissected separately contingent upon the holding time frame of every asset by the transferor.

Capital gains from the exchange would be considered to be short term and ought to be taxable in the hands of the transferor at the relevant tax rate, entirely independent of the time of holding of such assets.

The capital gains will be computed on the following considerations:

It shall be the difference between :

and the aggregate of:

iii. Actual cost of any asset acquired during that year and forming part of that Block.

In cases where no capital gains have emerged from the assets, regardless of the amount exceeding its cost of acquisition, the value of the block is reduced by the amount of sale consideration of that asset, provided that the transferor ought to qualify for the reduced depreciation in the next financial year.

Where Block ceases to exist post-transfer:

Matters where all assets from a block are transferred to the point where it ceases to exist, Capital gains in such cases ought to be considered short term. Furthermore, such gains should be taxable appropriately regardless of the period of holding such assets.

The capital gain from such transfer is determined as the difference (if any) between:

In an asset sale, each asset is assumed to be a separate item and thus a distinct value is assigned to each asset. Goods and service tax(GST) as high as 28% is pertinent, relying upon the nature of assets sold.

The rate of Stamp duty in case of an asset sale is mostly state-specific. Stamp duty payable is administered by arrangements of the concerned stamp act where the document of transfer is executed. However, there is no obligation to pay the stamp duty if the instrument does not affect the transfer.

On the other hand, on intangible assets like goodwill, Stamp Duty at the rate of 3% of its value needs to be paid on the instrument affecting its transfer.

In contrast to an asset sale, a slump sale is characterized under the ITA as the sale of any undertaking(s) for a singular amount considered, without relegating values to singular assets or liabilities. There have been various arguments put forth by The Delhi and Bombay High courts as to whether any transfer is to be considered as a ‘slump sale’, a fundamental component is that the exchange of the undertaking must be in monetary terms. As needs are, this issue is yet to be settled by legal Judicial Precedent.

The gains emerging from a slump sale will be dependent upon capital gains at the hands of the transferor during that period. Such gains would be short term unless the transferor held the undertaking for a period of 3 years or more.

The amount subject to capital gains tax shall be the consideration for the slump sale minus the net worth of the company, which has been defined as the gross value of the assets minus the value of liabilities of the company.

There is no provision of Goods and Service Tax (GST) on sale of the business as a Slump sale on the grounds that the entity being sold is an undertaking or the business on a Slump sale basis, and ‘business’ essentially does not qualify under the meaning of ‘goods’.

Rate of Stamp duty in case of Slump sale is mostly state specific. Stamp duty payable is administered by arrangements of the concerned stamp act where the document of transfer is executed. However, there is no obligation to pay the stamp duty if the instrument does not affect the transfer.

On the other hand, on intangible assets like goodwill, Stamp Duty at the rate of 3% of its value needs to be paid on the instrument affecting its transfer.

Share sale is one of the most common methods of mergers and acquisitions in India. Carried out mostly in cash, the major tax implications on share purchase are in the forms of Liability to tax on capital gains and section 56 of the ITA, if any.

Whereas, in case of stock-in-exchange, profit and gains from transfer of shares will be chargeable to tax under head profits and gains from business and profession.

The Central Board of Direct Taxes (“CBDT”) has warnings, set out the accompanying standards with respect to income emerging on sale of securities.

According to section 45 of the ITA, Capital gain tax should be computed at the hour of the transfer, or on the date of the said agreement. The tax-payer is needed to pay capital gains concerning the year of his right to get instalment money, regardless of whether such instalment is conceded in entire or partially.

According to Section 48 of the Income Tax act, qua the capital gain is accumulated by deducting from the consideration received on account of transfer of capital asset:

Section 56 of Income Tax Assets provides that where any individual gets any property, other than unfaltering property, including portions of an organization, without consideration, or for a consideration, is taxable in the hands of the recipient under head income from other sources.

The rate of tax will, however, be in accordance with the taxpayer’s status.

The CGST act specifically excludes taxes on the sale and purchase of securities as it does not qualify to be under goods and services.

As per the amendment made by the finance act 2019, a rate of 0.015% of stamp duty is chargeable on the value of shares transferred.