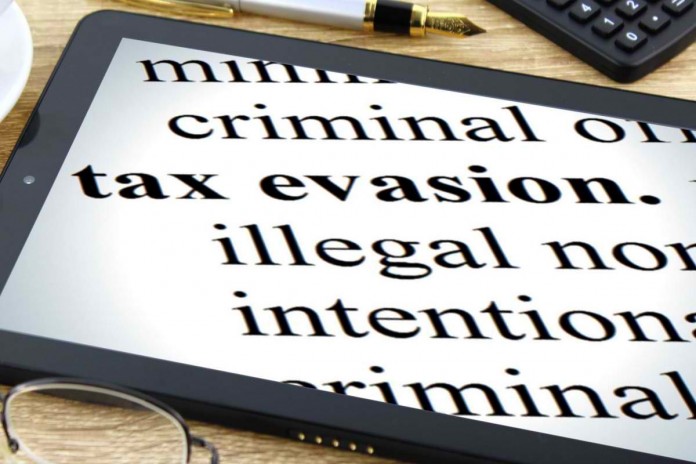 In this blog post, Himanshu Agrawal, a student pursuing an MBA at IIM Lucknow and pursuing a Diploma in Entrepreneurship Administration and Business Laws from NUJS, Kolkata, describes how tax evasion is a menace to society.

Remember the last time you purchased something without asking for a bill from the shopkeeper? While it seems trivial, it is one of the most elementary of the steps for tax evasion. It allows the shopkeeper to not show the amount as part of the income with tax authorities and in turn avoid paying taxes on this much amount. Now think about the whole lot of people who do not care or purposefully doesn’t demand a bill from shopkeeper and do the math; voila; too much money for the shopkeepers without paying any taxes, isn’t it?

Whether you are an individual (be it Sole Proprietor or a Salaried profession) or an entity (be it Company, Partnership or an LLP), taxes are one of the major components which decide the bottom line of your financial performance

The Income Tax Act in India allows for multiple opportunities to reduce the tax liabilities in accordance with the law. For individual, it might mean for e.g. income tax saving on Home Loan, House Rent Allowance etc. For a Business, it could be allowing for the depreciation of the plants and machinery or amortizing the investments on new Software. Utilizing such avenues allowed by the law to reduce the tax liability is termed as Tax Avoidance (1)

In contrast to Tax Avoidance, Tax Evasion is an illegal activity where the intent is primarily to hide income and avoid paying the true tax liability (2)

Tax evasion and tax avoidance are sometimes misunderstood considerably. While a Government allows various avenues in its tax structure through which an individual or an entity can save on their tax liability, purposefully trying to show income lower than actual in order to reduce the tax liability is a crime to the state and their people. Tax evasion is a crime as per every state law, including India and can attract severe penalties (3)

Over time, as the laws have changed, the tax evasion has also evolved to become more sophisticated. This along with the current tax setup (although some of this is going to change with the rollout of the Goods and Services Tax, GST, in the near future) in India, which includes taxation at multiple junctures in form of indirect taxes, provides multiple avenues for possible tax evaders to devise ways to reduce their actual tax liabilities

Penalties for tax evasion in India

Hasan was arrested in March 2011, after Supreme Court intervened and asked the then Government and Enforcement Directorate on the reasons for not acting against Hasan despite sufficient evidence against him on allegations under Hawala transactions from 2007 onwards. ED charged Hasan under the Prevention of Money Laundering Act, 2002, with allegations of helping an arm dealer to launder USD 300m generated through arms dealing, through his UBS account.

Hasan denied all the charges on him and a legal battle with the Government of India and ED ensued. The ED has cited Rs. 34000 Crores as the taxes due from Hasan for his income in 2007-08.

Latest developments in the case

In February 2016, the Income Tax Appellate Tribunal (ITAT) has brought down the tax liability for Hasan from Rs. 34000 Crores to c. 3 Crores now. The IT department has failed to substantiate its claim on Hasan’s income and thus the tax liabilities. The reassessment notice have been sent to the assessing officer (7)

Following this, Hasan have been granted bail (upon 14th attempt), while ED continues to struggle to prove the allegations levied against Hasan in the charge sheet. Hasan’s lawyer has thus claimed that he have been false implicated into the case and had suffered due to this.

Money Laundering is something which needs to be prevented. It is very hard to be cured. As it is defined, the laundered money is so very well integrated within the economy that it is very hard to detect, let alone prove the origins. As with the above case, though it remains to be proven that ED’s allegations are true or not, however, proving anything of such a scale was always a challenge. As quite evident, ED seems to be quite helpless on proving their point and thus may be proved wrong in the end

Impact of GST on Tax Evasion

Goods and Services Tax (GST) is a major indirect tax reform in India which is under implementation currently. Upon implementation, it would mean a single tax on the supply of goods and services, right from the manufacturer to the end user. It would reduce the number of indirect taxes being paid at multiple points and thus make the tax system more transparent and streamlined

One of the many advantages of GST would be avoidance of tax leakage. The GST is designed in a way to incentivize the traders to be tax compliant to seek benefit on the tax credits in the supply chain. This along with the comprehensive IT systems enabling GST compliance would certainly put a check on tax leakage, tax evasion and under reporting. GST also proposes a dual monitoring mechanism led by the Central and the State Government. So, even if one set of tax authorities overlooks or fails to detect evasion, there is the possibility that the other overseeing authority may not. GST also mandates a paper trail for the tax compliance which would certainly improve the overall tax compliance within the country.

The other important aspect on the rollout of the GST would be the overall reduction of the tax rates and thus liabilities due to systematic efficiency gains and prevention of leakages. This would further encourage the increase in tax base for the country

It remains to be seen in the near future on how GST would help in increasing the overall tax base in India, reducing tax evasion in the tax system and put India on a progressive path (8)