This article is written by Deepak Bhaskar Chaudhari who is pursuing a Diploma in Advanced Contract Drafting, Negotiation and Dispute Resolution from LawSikho.

Executing a contract involves a contractor (performing party) and a Company (Awarding work party). The relationship is as sensitive as a marriage relationship, however, certain situations develop at the work performance stage, where the Company may have to take a decision to terminate the contract and therefore the contractor without completing the work. On other hand, contractor(s) upon satisfactory completion of work and handover are disengaged or terminated by default or released by application of contract clause and are awarded a certificate of release.

The article shares insights gained and expresses my sole view in individual capacity derived from on job learning. The article may be beneficial to provide insights to Project Managers, Contract Lawyers, Civil Engineers, Finance and Operation Manager.

As a Civil Engineer, I was engaged with an Engineering, Procurement and Construction (EPC) contractor for developing several warehouses at 2 different locations under one project. The duration of the project was approximately 26 months and cost 20 million USD. The contractor’s ongoing work was stopped at site due to change in HSE policies and as a result the location allotted to the contractor had turned redundant at one site. It was therefore necessary for the company to de-scope the work and terminate his duties at that site as alternative locations were not feasible to be obtained and allocated on immediate basis. We will be discussing the methods adopted or which can be adopted to terminate contractors while he is engaged with execution of job. Also, I would share insight derived from my experience handling various EPC jobs, whether such termination should be considered as a desirable outcome or not.

Ways to Terminate an Independent Contractor

Normally such termination can happen in informal work or small size jobs or job seekers in early stages of career with companies. In such scenarios the contracts can be one sided with exit clauses or mechanisms benefitting the Client/company. For e.g. A house owner engages a local company or sole proprietor for home interiors, gardening works manpower supply, etc.

A company benefits/negotiates from insecurity in the job seekers mind (a professional with experience less than 3 years) to authenticate his experience through issuing an experience certificate and holding the company harmless against any claims. In large jobs, where the EPC contractor is selected through a formal bidding process, such steps should be avoided as it can directly affect the client reputations in their desired markets.

It can be done through a letter to call off the work relationship in a professional manner. Generally, the reasons to terminate would be mentioned. Such reasons may include completion of an assigned work, ending an employment contract for a freelance employee provided services like digital marketing, small engineering jobs, etc. Where an EPC contractor is engaged, written termination can be done once evidence backed up with reminders seeking corrective actions are issued to the contractor but the improvement in contractor performance is not observed.

Such clauses will be a part of a signed and negotiated contract post selection of the contractor through bidding process. Both parties would be responsible to perform mentioned duties and responsibilities. Breach of such duties or responsibilities can call for termination of a contract. However, it is not so easy in such a contract to terminate a contract of an independent contractor as he takes the role of the delivering parties and therefore may have access to the company’s intellectual party, confidential information, site premises, drawings, etc. Serving a notice for termination to a contractor has to be explained with reasons supported by facts and figures. Such figures should be agreed by the independent contractor. If such reasons are not agreed, it may lead to a stop of work, followed by a set of meetings to find an amicable solution which is mutually agreed. If agreements are not reached, the situation can be elevated by a legal opinion and negotiation of courts followed by filing a lawsuit.

The Contract can be terminated using the provisions mentioned under the signed contract. If there are no such provisions written under the contract then the contractor needs to be advised that as there is no work relationship engagement of any form including financial and legal, the company would like to seize the contractual relationship.

The earned progress at that point of time should be noted and validated with contractor,

The earned value against earned progress at that point of time should be noted and validated with contractor,

A cut-off date has to be defined based on current project progress and considering impact in form of claims arising from termination of contract. It should also look into the impact on other linked projects and its likely impact on those projects.

While the contract is terminated, the contractor should be made liable to submit the drawings, deliverables in form of drawings, calculations, any Intellectual property being developed, Software or programming files, etc. and non-submission shall drive penalties towards the contractor.

For the case discussed above, I employed the clauses in contract to terminate the work at a site and the above bullet points were followed sincerely. The agreement and consent from the contractor was also recorded and the client was held harmless against such termination. The expenses incurred by the contractor were reimbursed to him under provision of contract at actual. The contract size was reduced to 8 million USD.

This can be mutually agreed or termination should come in effect the two parties are not engaged in any work for a period of 1 year or so. This is to be considered for indefinite contracts if the company or main party would like to terminate the relationship.

For e.g. Business Ecosystem, where large companies optimize their marketing spending by engaging with several new agencies/dealers. Many times such newcomers cannot adopt and adjust to such a working environment offered by business and over time turns opt out of business making the contractual relationship redundant.

Such default termination can also be seen in case of a franchise operated business where in the Franchisor is held harmless against any claims if he stops to operate in business or if the franchisee do not promote the business of franchisor for a certain stipulate time or do not perform to the desired performance level.

The contract can be terminated immediately if any fraud or criminal conduct is recorded against the contractor. The company can also claim damages both tangible and intangible against losses incurred due to contractor misconduct. For e.g. if a fight erupts between workers at site under contractor supervision leading to damages to other workers of physical nature or other tangible assets of the company or disturbance/damages to other contractors working in the same or nearby vicinity.

Such situations do arise in projects sometimes to due multi-cultural workers speaking different languages, or having different faith or sometimes owing to non-clearance of monthly payments towards workers by the contractor, wrong and false promises during employment and thereafter creating labor laws mechanism towards workers making his disengagement or rescue almost impossible until the contractor desires. The latter situation can be observed in case of immigrant foreign laborers seeking employment opportunities.

Guidelines to serve a Notice of Termination

A notice of termination should be served to the contractor with acknowledgement from the contractor should be received. This is a format that is followed. Such notice should include the following details:

Detailed address of the company (Permanent and working).

Date of issue of letter or notice.

Although legal and contractual ways or situational advantages may exist to terminate a contract, the termination of the contract should be seen in view of the Project Management Office (PMO) as they are the one defining the business strategy and policies for a company. As far as possible, if the PMO objectives are met, any grievance or delay or dispute with the Independent contractor should be handled reasonably and amicably.

Sample Letter of Termination of an Independent Contractor

In accordance with the agreed terms and conditions of the independent contract agreement no. xxxx dated xxxx, you have hereby presented a notice of termination of the agreement effective from date xxxx.

The contractor is required to kindly acknowledge the receipt of the notice of termination within 5 working days. Failure to acknowledge will be assumed to be deemed acceptance with no repercussions towards the company from the Independent contractor.

Reasons for termination and supporting evidence and relevant clauses:

It should be noted that the contractor will not be paid for any services which are not performed and recorded/accepted by the company. 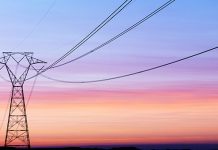