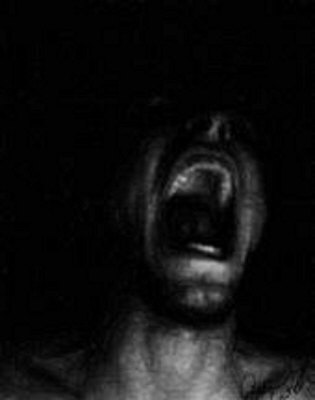 It is easy to dismiss the gay rights movement as a headache of very few people, but how does it affect the rest of us who believe in equality and justice? What happens when laws, morality, religion and nature tear apart the sanity of your own friend, brother or classmate who is a homosexual? A lawyer friend writes about what happened when a close friend of his realised that he is gay and how it ruined his life, at least for now

.
—-
[Nothing in this piece is fictional. All incidents here are accurate descriptions of actual events. Names, including that of the author, have been omitted to protect the identity of a homosexual person who currently resides in a country with harsh anti-gay laws.]

Thanks to the time difference between India and where I live presently, the first thing I saw this morning as I opened social networking sites this morning (one of the first things I do every morning) was the news that the Naz judgment had been overruled. I was angry. I was sad. I felt betrayed by the institution that I believed was the last beacon of hope in India, when it comes to protection of one against the crowd. Like many others, I poured out my feelings into a Facebook status, I changed my profile picture, I read what others had shared, and finally, I left for office (about half an hour late).

As the day progressed, vivid visuals kept coming back to my mind from my memory. There was a face reflecting emotions too complicated for me to read – it could have been angst, despair, fear, a mix of these, or something else. There was a chant – my surname with the Arabic prefix ‘bin’ (son of) attached to it, being repeated a million times, with the pitch and speed going up each time it was repeated, in the tune of an Arabic folk song. There were English cops, one of whom was yelling while his friends were trying hard to handcuff the man who was chanting. Finally, there was him, struggling with the cops even after his hands were cuffed behind his back, and trying to tell me something in Arabic, a language I do not understand. The visual concludes with him trying, without success, to resist being dragged into a police car by biting on to the jacket I was wearing.

As I gave it some thought, I realised my anger was attributable, in large part, to the events of that night. And many days and nights that followed it. And some that preceded it. Yes, as a lawyer and as a concerned citizen, I was disappointed that the Supreme Court had rendered a wrong judgment. But it was due to him that it ceased to be an intellectual affair, and started being an overwhelmingly emotional affair for me.

I met Ahmad (name changed) first sometime in last October while seated for lunch at one of the dining halls of a super-elite English university. As I sat there, staring at the multiple weapons and tools in front me with which I was supposed to attack my food, a young man took the seat opposite me, pushed all his tools to one side and started eating with his fingers. We exchanged a few words, which made us acquainted enough with each other to say ‘hi’ whenever we crossed each other’s paths. Sometime during the first month, we became friends. It had much to do with the fact that any time I mentioned something about being hungry, he would invite me to his house and cook something delicious.

As I came to know more about Ahmad, I realised he was the most conservative friend I ever had. I remember him pulling down my window-curtain, spreading it on the floor and doing namaz kneeling on it as I, an atheist watched on in amusement. He would never touch a piece of pork or a drop of alcohol. Yet, he was full of curiosity. Having grown up in a conservative Arab country, he was curious to hear the views of others from more open cultures, though he fiercely disagreed with those views. Sometimes we argued, sometimes we joked about it – we playfully entered a pact that if his religious views turned out to be true in afterlife, he would give me thirty-six of the seventy-two virgins he would receive (any virgin men, camels, etc. would be in his share). On several occasions, the question of gay rights came up. While I strongly advocated equality of all humans, his arguments went from “people are just under an illusion of being gay” to “it is sinful”.

Against this background, it was beyond shocking when Ahmad declared to me one day, “I think I am gay”. I had seen him sneak out of the reading room at night and venturing on to the street looking extremely nervous. When I asked him where he was headed, he just told me he was going for a party. I volunteered to go with him. He tried making excuses, none of which sounded convincing. Finally, we started our walk towards the party venue.

As we were close to the party venue, he asked me “Are you sure you want to come?”. When questioned again, he revealed that he was going to a gay party. I was taken aback. His explanation was that he had never met a gay person and that he wanted to find out what gay people were really like. He wanted to enquire into whether being gay was a reality, contrary to what the official position in his country was. Despite considering myself fairly open-minded and despite having de-addicted myself from the Catholic dogma I was fed with baby food, I faced an initial reluctance about walking into a gay party. But I soon realised that this could be an eye opener for Ahmad, and I could not let him down after he had travelled so far on the path of free-thought on my instigation. We entered the party, ordered a drink and I stood in a corner observing the crowd (and trying to avoid the eye of the pretty French woman from my class, lest she think I was gay) while Ahmad moved around talking to everyone in the room.

It was on the way back from the party that Ahmad told me, “I think I am gay”. He went on to tell me how he had previous relations with men, yet had been trying to convince himself that he was straight. Long conversations followed, almost every day for weeks, where he would often go back to telling me about his need to get ‘cured’ of his homosexuality, while I would try to make him accept his sexuality. He swung between citing the Quran to blame himself, to declaring himself to be an atheist – back and forth many times a day. Those long discussions finally culminated in a night when Ahmad started weeping like a baby while seated for dinner in my kitchen. As a friend and I urged to him to open up and talk, he dashed out through my door, singing and shouting like a maniac. We ran after him, following the voice, only to find him being handcuffed by the cops.

After a nerve-wrecking night on the phone, we found out that Ahmad had been detained under the UK’s Mental Health Act and had been confined in a mental hospital for assessment and treatment. The next morning, I visited the hospital and found Ahmad standing in the middle of a crowd of mental patients, delivering what looked like a political speech. The doctors refused to tell me anything about his state till they received consent from him. When they sought his consent, his response was “You can tell him anything. He is my brother”.

Ahmad stayed in the hospital for three weeks, came back to college for a few months, went through a suicidal phase, and finally left for his home country suspending his studies.

When I read the Naz judgment, my outrage is shaped not by the fact that the court got the law wrong. As a lawyer, I disagree with a lot of judgments. But those disagreements are often in the intellectual sphere. But having been closely associated with an extra-ordinarily kind soul (who would invite strangers to his house for meals because his grandfather told him to never eat alone), an extra ordinarily bright student (who was the first person from his country to ever get admitted to my course in its long history), and an extra-ordinarily close friend (who described me as his brother even when mentally ill), being driven into a suicidal state of mind merely because his sexual preferences did not match mine, this disagreement is not merely an intellectual one for me.

For those who appealed the Delhi High Court judgment and those who support today’s verdict, homosexuals are faceless ‘others’ who wait in the dark alleys waiting for an opportunity to spread AIDS amongst ‘us’ and sodomise ‘our’ children. For many, homosexuals are hardened criminals deserving punishments harsher than that many rapists and murderers receive. For many, it is a disease. Yet, I have seen wonderful human being doing namaz on my window curtain and crying out to the god he believed in to ‘cure’ him of his homosexuality – without that prayer being answered. It appears that when burning people at the stake became too expensive, the conservatives devised a way to burn people from within – by inflicting guilt about their own beings.

We can debate forever as to who should end this cruelty that puts our collective humanity to shame. In the meanwhile Your Lordship, I hope you get good sleep tonight and for the nights to come.