This article is written by Aastha Sharma, pursuing a Certificate Course in Arbitration: Strategy, Procedure and Drafting from Lawsikho.com.

When a party is aggrieved because of the actions of the opposite party before an arbitral tribunal is formed, the aggrieved party can approach the court to seek an interim relief under section 9 of the Arbitration and Conciliation Act,1996. In the case, Morning Star Travels v Volkswagen Finance Pvt Ltd, the Delhi High Court delivered a judgment about whether a petition filed under section 9 of the Arbitration Act can be disposed of ex-parte.

In the present case, the petitioner (Morning Star Travels) purchased 16 vehicles under loan- cum -hypothecation agreements from the respondent (Volkswagen Finance Pvt Ltd). The agreement contained an arbitration clause. The petitioner defaulted in the instalments of certain payments. Thereafter, the petitioner came to know that 16 petitions were filed under section 9 by the respondent which were disposed of on the very first day without giving any notice to the petitioner. Consequently, the petitioner approached the High Court under Article 227 of the constitution of India challenging the impugned order. The aggrieved petitioner submitted that the petition was disposed of without notice and coercive orders of possession were passed by the lower court, without hearing the petitioner.

The court observed that while dealing with the application of ad-interim ex-parte relief the petitioner was not given a chance to file a reply and no hearing was afforded to the petitioner.

Further, the court stated that the standards adopted for issuing interim injunction under section 9 under the act are the same as the standards applied for grant of interim injunction under order XXXIX Rules 1 and 2 CPC. Moreover, the grant of ex-parte injunctions, ex-parte interim injunctions or appointment of receivers at the ex-parte stage would be governed by the principles akin to order XL CPC which states that there has to be presence of grave and imminent apprehension that the property will not be able to be retrieved if notice is issued. In addition, the appointment of receivers at the ex-parte stage in matters such as vehicle loans needs to satisfy the threat of imminent danger. The court should also come to the conclusion that there was no intention to repay the loan. This can be deciphered through the conduct of the borrower and the irregularity of the payment. In the present case, confiscation of the vehicles used for everyday business of the petitioner would have brought his business to a standstill. Therefore, the standard being adopted of extreme measures needs to be high.

The court noted the judgment of Division Bench of the Madras High Court in the judgment of Cholamandalam DBS Finance Ltd. v. Sudhees Kumar which expressly laid down the guidelines that needs to be followed in respect of seizure of vehicles. The relevant excerpt is as follows:

“16. The principles based on which an order under Section 9 is passed are not very different from the principles based on which interim injunction under Order 39 Rule 1 of Code of Civil Procedure is granted. The person applying should show prima facie case and should also establish the irreparable injury and also the balance of convenience and in case, where a vehicle is to be emergently seized, there should be averments to show why it is just and convenient to seize the vehicle. It is also well settled that the mere recitals of the words in the section is not sufficient. The application should make out a case for the Court to grant the interim measure of protection. Without these, the applicant may not be entitled to an ex-parte order and the Court shall exercise its discretion while granting such an order. The party invoking Section 9 must also be able to satisfy the Court that the arbitral proceedings are actually contemplated or about to be initiated.”

The court uplifted the principle of Natural Justice through this judgement. The principle expounds hearing both the sides of an argument. One side cannot be ignored while dispensing justice. The court devised certain guidelines while dealing with section 9 application, however, in context of seizure of vehicles and strictly with regard to cases where the advocate commissioners are appointed to seize the vehicles and report to the Court through the case. 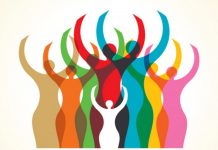 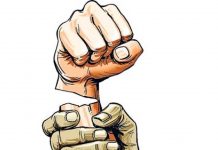