This article is written by Somya Goyal, a law student pursuing B.A.L.L.B(H) from Aligarh Muslim University. This is an exhaustive article which deals with communism and its various aspects.

Communism is a political doctrine which aims to shift a profit-based economy and private property to public ownership with a communal control economy mainly in terms of production. According to advocates, communism is the better version of socialism. There lies a long debate on the differences between communism and socialism but this distinction rests largely on adherence of the communist leaders towards Karl Marx revolutionary socialism.

Communism is the political theory propounded by Karl Marx in the mid of 19th Century. According to communism the government is the sole caretaker of equal rights of the people which exercise their rights on the assets of the nation.

This theory critically opposes industrialism and holds that people of the nation should form trade unions and associations so that they can’t be exploited by the industrialists. According to this theory foreign companies should not be allowed to market in one’s own nation so that no room is left for external competition. Competition should be practised within the nation so that no foreign venture can be allowed to compete. This theory prohibits free trade with other nations. (Free trade means trade in which two or more countries enter into an agreement to do trade with each other eliminating taxes). By eliminating free trade no competition is there and there is no threat to the people of the nation. All the management of the industries are done by the government eliminating the role of private companies and industries. All the important decisions and management lies in the control of the government and no private individual is allowed to play any role in it.

The difference between communism, socialism, capitalism, and fascism

This type of model focuses on marxist principles. Its main aim is to develop a classless society. Means of production are governed by the government. It believes in philosophy of struggle between social classes as it paramount interest. In political terms there are no elections, censorship prevails and no one rules because all are equal. Traditional religion is absolutely destroyed and atheism is imposed by the state. No private property is there and all the fundamental and human rights of the individuals are subdue to the government. Its plan for the world is to destroy all other forms of government, especially fascism. Unlike facism violence is not a necessity. There is no division of people.

Capitalists are opposed to communism and socialism. Capitalism is an economic system in which production is owned by private entities. In capitalism the assets of the country are owned by the private industries and firms. Market forces such as demand and supply are the main determinant to decide the income. There are limited taxes and limited inference of government in capitalism. It encourages competition which in return encourages innovation and efficiency. Countries like the United States, Japan, Germany and Hong Kong follow the capitalist economic model. A capitalist model has certain advantages like it provides incentives to promote innovation, leads to economic growth and develops a dynamic economy. Monopoly is the main disadvantage of the capitalist economy other disadvantages include inequality and market failures. Individualism social value is practised here.

Socialism and communism are both the political theory of left wing thinkers. Socialism is an economic system in which production is controlled by the community. In socialism all the assets are owned and controlled by the government and the cooperatives. Price controls are handed by the community at large. All the management is owned by the government but unlike communism the government provides many incentives from time to time. Taxes are high and spending on public services is also high at the same time. Healthcare is provided free of cost to all its citizens. There are many advantages of socialism like every person in the country has equal resources which ensures inclusive growth. Monopolistic and free competition is there because the monopoly of corporates is eliminated. The threat of great recession and other economic cycles is reduced. Society is made classless, discrimination is reduced and there are less conflicts in people. Disadvantages of socialism includes less efficiency in research and technological developments. Taxes are high and there is less competitiveness among people.

Facism is an authoritarian rule which is characterized by dictatorial power. The aim is to maintain an orderly society and forgo national unity. Opposition is forcibly suppressed and a strong regimentation of society and orders finds its place. Means of production are controlled by the private means but are directed by the central government. The main characteristics of facism are extreme nationalism, militarism, social darwinism and racism. Government is led by a leader who is authoritative and he leads the country and directs the policies to be framed.

In order to rejuvenate the nationalism feeling among people the violence by military actions is necessary. The people of the nation are treated merely as a subject to the state who are obliged to maintain and follow rules framed by the nation. Some pioneer personalities relating to facism are Adolf Hitler, Francisco Franco and Benito Mussolini. Some characteristics are there is single party rule, no elections, no right to vote, military violence, censorship, secret police. Traditional religion is practised only if it is subdue to national interest. Traditional gender roles define the works. The best example for this type of model is Hitler’s Germany and the plan for the world is to destroy democracy.

The communist theory of law

According to the marxist view, the state is by no means the organized power of the community, it is indeed the organized power of the dominant class- particularly the class owning the major means of production. The two pioneers related to this theory were Karl Marx and Hans Kelson. The founder of the theory was Marx but review and criticism was given by Hans Kelson. According to this theory the law never withers away it gets only changed with the change of government. Karl believes that law is the coercive order which is issued by the state. Kelson rejects the idea of Marx that law is withering away because of speculative theory.

How does communism impact law?

Communism has a drastic impact on law. There are many benefits that can be achieved by the communist society.

The main idea of the society i.e. social welfare can be achieved by the communist theory. It promotes the directive principles of state like public health, education,provision of child care, social services, social benefits will, forward society towards its development and raise labour productivity. It also supports women empowerment and focuses on reduction of their exploitation.

It helps law to function more efficiently as in this economic system every person is equal before law and economic boundaries don’t separate or discriminate between people. There is no place for law in communist society.

Communism and the Rule of Law

The judicial officers in delivering judgements are not allowed to cite the constitution as source of law. More bluntly the communist government in the name of the law wants more credibility of independent law without any danger to the party.

Effect of communism on a country

According to the Marxist view, the state is by no means the organized power of the community, it is indeed the organized power of the dominant class– particularly, the class owning the major means of production. Its purpose is not general welfare, but helping the strong competitors to increase their wealth and power by exploiting the weak competitors as well as the dependent class. In a class divided society, the individual can have no political obligation toward the state. An individual can have political obligation toward society, provided it is a classless and stateless society. Till such a society comes into existence, we can only think of worker’s obligation toward the working class. Under the capitalist system, where encinias of the working class are in power, the worker has obligation against the state’. It requires him to show solidarity with the working class in order to create a strong organization for revolution against the capitalist regime.

Countries in present are following a mixed economy and the only countries which are China, Cuba, Laos, North Korea, Vietnam and Kerala in india. But gradually these countries are adopting socialism with communism. In 1922 the soviet union was formed with six communist countries which gradually declined after the USSR collapsed.

Following are the advantages of communism:

2. The government can work more efficiently because it overrides the individual welfare and works for common public good. For example when USSR prepared its army strength to defeat Nazi’s government and then quickly rebuilt for World War II.

Theoretically this theory can be viewed as an ideal form of political theory but practically it contains many drawbacks. Some of them are as follows: 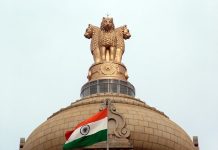