This article has been written by Khyati Basant, pursuing BBA LLB from Symbiosis Law School, NOIDA. This article consists of a depth view of the major amendments that have been done in the Indian Constitution so far.

The Constitution of India is the largest constitution in the world. India’s Constitution is the supreme rule of law. The document sets out the framework for the demarcation of fundamental political code, structure, procedures, powers and responsibilities of government institutions and sets out fundamental rights, guidelines and citizens’ duties. The chairman of the drafting committee, B.R. Ambedkar, is generally regarded as the chief architect. The Constitution declares India to be a sovereign, socialist, secular, democratic republic, ensuring justice, equality and freedom for its citizens, and endeavouring to promote brotherhood.

The Indian Constitution is both rigid and flexible, i.e. hard to amend but virtually flexible. In compliance with Article 368 of the Indian Constitution, a provision must be made in any of the houses, which must be passed by a large majority or by a simple majority later. If a vote approves the resolution, it will be submitted to the president for his assent. In 70 years of Indian Independence, the constitution has been amended 104 times. Starting with 395 Articles and 8 Schedules, it now stands at more than 450 Articles and 12 Schedules – arising from 104 amendments.

Under Article 368 of the Indian Constitution, the Parliament is empowered to amend it and its procedures. Amendments to the Indian Constitution are not easy to produce and require compliance with other provisions. Article 368 grants Parliament some powers allowing it to amend it while keeping its fundamental form just the same. Article 368 of the Constitution of India cites two types of amendments to the Constitution of India. The form of amendment is by a simple legislative majority (Lok Sabha & Rajya Sabha), the second type of amendment is by a special parliamentary majority, and the third type is with the approval of a special majority and by half the total state.

Reason for Amendment Procedure by Article 368

The time is not static, it’s continuing to change. The Constitution needs to be revised. People’s social, cultural, and political situation is starting to shift. If the constitutional changes were not made, we would not be able to encounter the future difficulties and it would become a hurdle in the path of development. There is an explanation of why our founding fathers made the constitution as robust as it is today. It is to ensure the plans are changing with the country’s growth. Therefore, according to Article 368, Parliament’s powers to amend the constitution are unlimited in respect of parts of the constitution which it wishes to amend.

The basic structure of the Indian Constitution

In the Kesavanand Bharati case of 1973, the Supreme Court ruled that the Parliament could not change certain provisions which constitute the basic constitutional framework. Constitutional ideologies which are essential to constitutional survival. Some examples are Free and Fair Election, the nation’s Federal nature, Judicial Review, and Power Separation. It notes that some basic legislative frameworks and founding values constitute the foundation of the Constitution. These cannot be touched by anyone.

Major Amendments in the Constitution

Though young, over those seven decades, the Indian Constitution has undergone tremendous change. Such amendments have modified main elements of the constitution, such as human freedoms, federalism, political participation, judicial scrutiny, etc. Such amendments were not usually introduced to strengthen constitutional rights. India ‘s constitutional trajectory over the past seventy years — the weakening of our fundamental freedoms, the reforms made to our political structure, the role of fundamental degradation played by numerous institutions, and the struggle to defend the constitutional ethic. This democracy has its backbone in the Constitution.

Although having provisions to amend the constitution was progressive to the fathers of our nation, it is important that such provisions are not misused. Misuse could lead to undue legislative or executive authority that could rip apart the fabric of our society. Indians may not always know all the procedural details of this lengthy and imperfect document, but they know the core — that it’s not the whims of political greed that governs them, but the constitutional words. And on Republic Day, this is worth celebrating.

Article 368 is vague on whether or not the parliament has the right to change the basic structure, but this still does not mean this Article 368 imposes the restriction on the modification of the basic structure and Part III of the Constitution. The First Amendment, crafted by the Constitution’s framers, set the tone for the future. It was clear that, if there were good intentions, it was acceptable to use Constitutional amendments to remove government constraints. The conditions that led to 104 institutional changes and hundreds of interpretational amendments will make one miserable. Nevertheless, the Constitution lasted seven decades despite various attacks by Parliament and the judiciary. 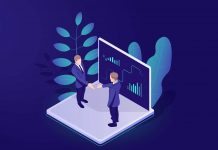 How is settlement of securities carried out in the stock exchanges 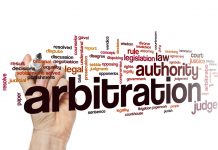 The impact of Arbitration and Conciliation Amendment Act, 2019