This article has been written by Snehil Balani, pursuing the Certificate Course in International Commercial Arbitration and Mediation from LawSikho.

The principle of equal treatment has a rich history in modern legal thought that is inextricably linked to the right to a fair trial. This equality has been described as the “fundamental aim of material justice” such that “the same rights must be granted to all parties, and there must be a constant drive to equalize eventual unevenness among the parties to the extent that it may influence the possibility of a fair outcome of the trial.”

The UNCITRAL Model Law on International Commercial Arbitration (“Model Law” hereinafter) provides for the “equal treatment of parties” under Article 18 and states that “The parties shall be treated with equality and each party shall be given a full opportunity of presenting his case”. Article 18 is often described as the “Magna Carta of arbitral procedure.” 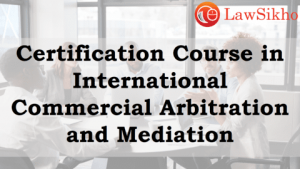 Rights of equal treatment during different stages of the arbitral process

In the case of A v. B, a dispute arose in relation to two contracts for the sale of crude oil. Each contract was made between the same parties, incorporated the same general terms and conditions, was governed by English law and contained an LCIA arbitration clause. B wanted to commence two separate LCIA arbitrations against A but provided only a single notice of arbitration to A. The England and Wales High Court concluded that B’s request for arbitration was invalid as no notice was provided by B to A for the commencement of the second arbitration proceeding.

A combined reading of Article 18 and Article 34(2)(a)(iv) of the Model Law conveys that if the appointment of an arbitral tribunal was against the principle of equality, then an arbitral award by such tribunal may be set aside under Article 34 of the Model Law. The New York Convention incompletely mentions the same under Article V(1)(d). Incomplete because it needs the law of the country where the arbitration took place to have a provision regarding ‘equality of disputing parties in order to render an award unenforceable.

The French Cour de Cassation in the case of Sociétés BKMI et Siemens v. Société Dutco (“Dutco case” hereinafter) set aside an arbitral award rendered in a three-party dispute where each of the two respondents asserted the right to appoint their own arbitrator, rather than making a joint appointment. This resulted in 2 nominations from the respondents and 1 nomination from the side of the claimant. The court found this against the principle of equality and stated that the “principle of equality of the parties in the designation of arbitrators is a matter of public policy.”

The Model Law under Article 24(2) provides that “the parties shall be given sufficient advance notice of any meeting of the arbitral tribunal for the purposes of documents”. This ensures that equality is maintained between parties and they are given ‘sufficient time’ to prepare their written submissions. The lack of equality of time between the parties which results in a party being “unable to present his case” is a ground for setting aside of an arbitral award under Article 34(2)(a)(ii) of the Model Law and Article V(1)(b) of the New York Convention.

Article 24(3) of the Model Law provides that “All statements, documents or other information supplied to the arbitral tribunal by one party shall be communicated to the other party. Also, any expert report or evidentiary document on which the arbitral tribunal may rely in making its decision shall be communicated to the parties”. So, the other party has the right to be communicated about the evidence presented by the opposite party. This article also applies to the written submissions mentioned above as it uses the term “all statements, documents”. However, there is no right given to the parties to present any evidence. The Model Law under Article 19(2) confers a power upon the arbitral tribunal to “determine the admissibility, relevance, materiality, and weight of any evidence.”

– There exists no obligation to transmit to the other party documents that are either inadmissible or those that have not been presented to the tribunal. The inadmissibility exception is implied in the Model Law itself as it states that “evidentiary documents on which the arbitral tribunal may rely shall be communicated to the parties.”

– Withholding of evidence from one party is only permissible under reasons of strict confidentiality or for reasons relating to public safety or witness protection.

Right to be heard

Article 18 of the Model Law provides that “each party shall be given a full opportunity of presenting his case”. The Model Law under Article 34(2)(a)(ii) and the New York Convention under Article V(1)(b) provides for setting aside of the arbitral award if a party was “unable to present his case”. So, a parties’ right to be heard evolves from these articles of the respective laws.

The Swiss First Civil Law Court in the case of X v. Y annulled an arbitral award on the basis that the appellant’s right to be heard was violated as the tribunal while determining the issue, did not take into consideration the main arguments submitted by the appellant. The court stated that the right will be violated when “inadvertently or by misunderstanding, the arbitral tribunal does not take into account some statement of facts, arguments, evidence and offers of evidence submitted by one of the parties and important to the decision to be issued.”

In another case, the Hamilton High Court (New Zealand) in the case of Coromandel Land Trust Ltd. v Milkt Investment Ltd. set aside an arbitral award because the tribunal unilaterally fixed a hearing date and refused requests for adjournment of the hearing. The court found that the court did not give the party a reasonable opportunity to present its case.

The Swiss Federal Supreme Court in re TAG v H Company held that the right of the parties to be heard does not include a right to be heard orally, so long as this rule is consistently applied and is not fundamentally opposed to the wishes of the parties. The Model Law itself provides that oral proceedings are not mandatory under Article 24(1).

Right to a fair trial

Whether or not proceedings are fair, according to established case law, must be assessed by reference to the proceedings as a whole and not only on the basis of hearings. This right imposes a duty upon the tribunal to be neutral and fair towards the parties of the dispute. It requires the tribunal to be independent and impartial. This is one of the fundamental principles of any dispute or trial which ensures that the end goal i.e., legitimacy and faith towards the justice system is met.

On one hand, the autonomy of the parties is one of the core principles of the whole arbitration process through which parties are free to determine the applicable laws, free to determine the manner in which the proceedings will be held, etc. On the other side, the principle of party equality is fundamental for arriving at the decision in a fair and equal manner. But what will happen if the parties use their power of autonomy in order to make some of the provisions of equality inapplicable to the arbitral proceedings? Is it possible?

No, the parties cannot do so. The courts have always put the principle of party equality above party autonomy. Deviations based on consent are permissible, but only where the effect of the deviation does not significantly harm one of the parties. The human rights laws of the seat of the arbitration cannot be waived by consent of the parties or by virtue of the tribunals’ inherent or other powers.

The same was done by the French Cour de Cassation in the Dutco case, where it suggested that “a party cannot waive its right to appoint an arbitrator”. Having considered the legal basis as to why mandatory fair trial guarantees supersede contractual autonomy, it should be stressed that from a fair trial perspective fairness aims to secure the interests of the parties and the proper administration of justice.

Even though equality is a fundamental right empowering the parties, parallel to this right comes another concept which implies that ‘no right is absolute. This has been highlighted through different exceptions and limitations in the above paragraphs. But there is another concept which prevails over the principle of equality and acts as a limitation to the right. This is the concept of ‘equity.’

The concept of equity ensures a balance between both parties as sometimes the parties are not always on the same footing. For eg., a dispute arose between parties A and B. A calls 2 witnesses and B calls 7 witnesses. It does not imply, however, that each party must be allocated an identical period of time for examination-in-chief (or direct examination) and cross-examination. In such circumstances, the concept of equity will be followed and party B (while direct examination) might be given more time as it has more witnesses. Therefore, quantitative equality is not the same as substantive equality (equity). Indeed, a blind and mechanistic allocation of equal time could risk causing substantial injustice to parties that are, in fact, differently situated. It leads to little justice.

Also, the fact that it is put above the principle of party autonomy which is one of the basic aspects of the arbitral process exhibits its importance. The principle of equal treatment is not absolute as it comes with some limitations and exceptions which ensure smooth functioning of the arbitral process along with a rightful balance between both parties. The principle ensures and upholds the basic and fundamental principles of human rights in order to come at a fair, unbiased, and neutral decision.