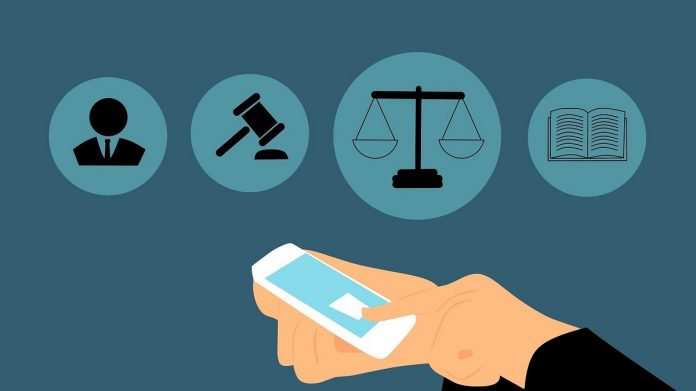 This article has been written by Lakshmi. V. Pillai, pursuing B.A. LL.B from GLS Law College, Ahmedabad. The present article is a case analysis of US Court judgement on a copyright infringement with respect to the Indian legal perspective.

Artists need to be alert while making their accounts public on social media platforms.

Copyright is an exclusive right given to the creator for their artistic work. For artists, it is their blood and bone. As per Sec 2(c) of the Copyright Act, 1957 an ‘artistic work’ covers any painting, drawing, sculpture, photograph, work of architecture, or any work of artistic craftsmanship. In other words, we can say that an ‘artistic work’ should be an original expression of thought in which the artist has applied his skill and judgment other than mere mechanical exercise to create the work. A recent judgment by the Southern District of New York is a bit concerning for the artists with regards to the protection of their rights in the social media platforms like Facebook, Instagram or any other platforms which facilitates the sharing of ideas, thoughts, and information through the building of virtual networks and communities. This judgment also questions the validity of e-contracts and the privacy protection of artists on social media platforms.

The case of Sinclair Vs. Ziff Davis, LLC, and Mashable, Inc., decided on Apr. 13, 2020, is very interesting, and the findings made by the US court are also quite gripping. The court justified the judgment by giving a clear interpretation of the law. However, the concern lies in the point that, is it justifiable to put artists in dilemma for choosing their account to be in ‘public mode’ or ‘private mode’?

1) Facts of the case

Firstly, we will understand the facts of the case, then we will proceed with the legal aspects. The facts are as follows:

In the judgment, the court has decided on particular legal issues. So let’s just briefly go through the legal points of the court analysis.

There was a second issue in the case pertaining to the liability of the Allege Ziff Davis’ (who is the owner of the Mashable Inc. and parent company) in Mashable’s alleged copyright infringement. The court ruled out that issue stating that Plaintiff failed to state a claim against Ziff Davis.

So, in this case, the US Court concluded that when one artist opts to have his or her account in ‘Public Mode’ they are validating the ‘Terms of Use’ of the social media platform, so thereby they are permitting all rights to the platform. Therefore, they cannot file a copyright infringement case regarding their work which has been published by them in the platform if the actions are validated as per the ‘Terms of Use’ of the platform.

Looking at the issue from the Indian perspective, two things we can consider.

2) The requirements of sub-licensing under the Copyright Act 1957 (“Act”).

Another point which needs to be considered here is that the contracts signed here are kind of adhesion contracts. An adhesion contract is drafted by one party, so the other party generally does not have a chance to negotiate or modify the terms of the contract. The party who drafted the contract is offering the other party a non-negotiable term, so it is on a “take-it-leave-it” basis. However, the onus of proving such contracts as adhesion contracts lies on the plaintiff. The Indian Contract Act is not considered as adequate and also section 16, 23 and 27 are not enough to protect the weaker party within the four corners of the Indian Contract Act. But as a matter of argument, it is to be noted that consensus ad idem and freedom of contract are predominantly missing in these types of contracts.

In the case of Ferro Alloys Corpn. Ltd. And Ors. vs A.P. State Electricity Board (1993), the Hon’ble Supreme Court extracted the definition of Adhesion contract from the judgment of In Central Inland Water Transport Corporation v. Brojo Nath Ganguly (1986) “adhesion contract” is defined quoting Black’s Law Dictionary, Fifth Edition, at page 38, as follows:

“Adhesion contract. Standardized contract form offered to consumers of goods and services on essentially ‘take it or leave it’ basis without affording consumer realistic opportunity to bargain and under such condition that consumers cannot obtain desired product or services except by acquiescing in forth contract. A distinctive feature of the adhesion contract is that the weaker party has no realistic choice as to its terms. Not every such contract is unconscionable.”

In the case of LIC India vs. Consumer Education and Research Centre (1995), the Supreme Court held that “In dotted line contracts there would be no occasion for a weaker party to bargain as to assume to have equal bargaining power. He has either to accept or leave the service or goods in terms of the dotted line contract. His option would be either to accept the unreasonable or unfair terms or forgo the service forever.”

Taking into consideration case laws and arguments made, we can state that the validity of such clickwrap contracts is questionable in India.

In the Copyright Act, 1957 (“Act”) no direct provisions are there which say about sub-licensing. However, from the plain reading of Section 30, 30A, and 19 what we understand is a written agreement is important while transferring any kind of rights or ownership under copyright.

Section 30 is about licensing of copyright, however section 30 A and 19 is about the assignment of copyright. While giving license no ownership is transmitted but in the case of assignment, ownership is transferred. In this case, we are only considering the licensing part. Section 30 of the Act states that licensing can be done only through writing by the person who authorises the copyright or by the person who is duly authorized agent by the original copyright owner. In this particular case, the plaintiff is the original owner so she is the ‘licensor’ who gave the copyright to the Instagram ‘licensee’. Now the question arises: does the licensee have the right to sub-license the copyright? A direct answer shall be ‘no’ until unless an exclusive and written agreement is in place. However in the “Terms of Use”, there is a term ‘sub-licensable’ to which the licensor is bound to. But when the validity of such a contract in itself is a question, the licensor being bound to such a term, is also a question to be resolved.

Applying this basic understanding to the present case, getting a sub-licensable right which is non-exclusive in nature actually does not give Instagram the right to share the copyright to the third party, until and unless there is an expressive agreement specifically for the transfer of copyright between the licensor and licensee.

For a matter of argument let’s consider that clickwrap agreements are enforceable as in some US cases they are held to be valid, but here, the question is not only limited to the validity of clickwrap agreements, rather it goes beyond, wherein the party is getting right to sublicense the creation of the creator without properly acknowledging the creator about the same.

Even though considering the above facts, Instagram or any other social media platforms shall not be held directly and legally liable, as they are following the law. Probably a solution for the same is that we can ask them to be more comprehensive in the ‘Terms of Use’ wherein at least the creator or the artist who wants to showcase his art in ‘public mode’ for the business purpose should be aware of such rights given by him to the social media platform. Rather making social media liable for such contracts probably we as netizens can be little alert during clicking on the ‘Terms of Use’.

However, still, the question remains the same, just by including a term ‘sub-licensable’ under the ‘Term of Use’ do that authorise social media platforms to grant the rights to the third party about which the creator was not fully aware of or to whom the creator was not at all directly obliged. Are we ready to give up our creations on social media platforms for the sake of business without proper acknowledgement to us, particularly when the agreement is on a ‘take it or leave it’ basis ?