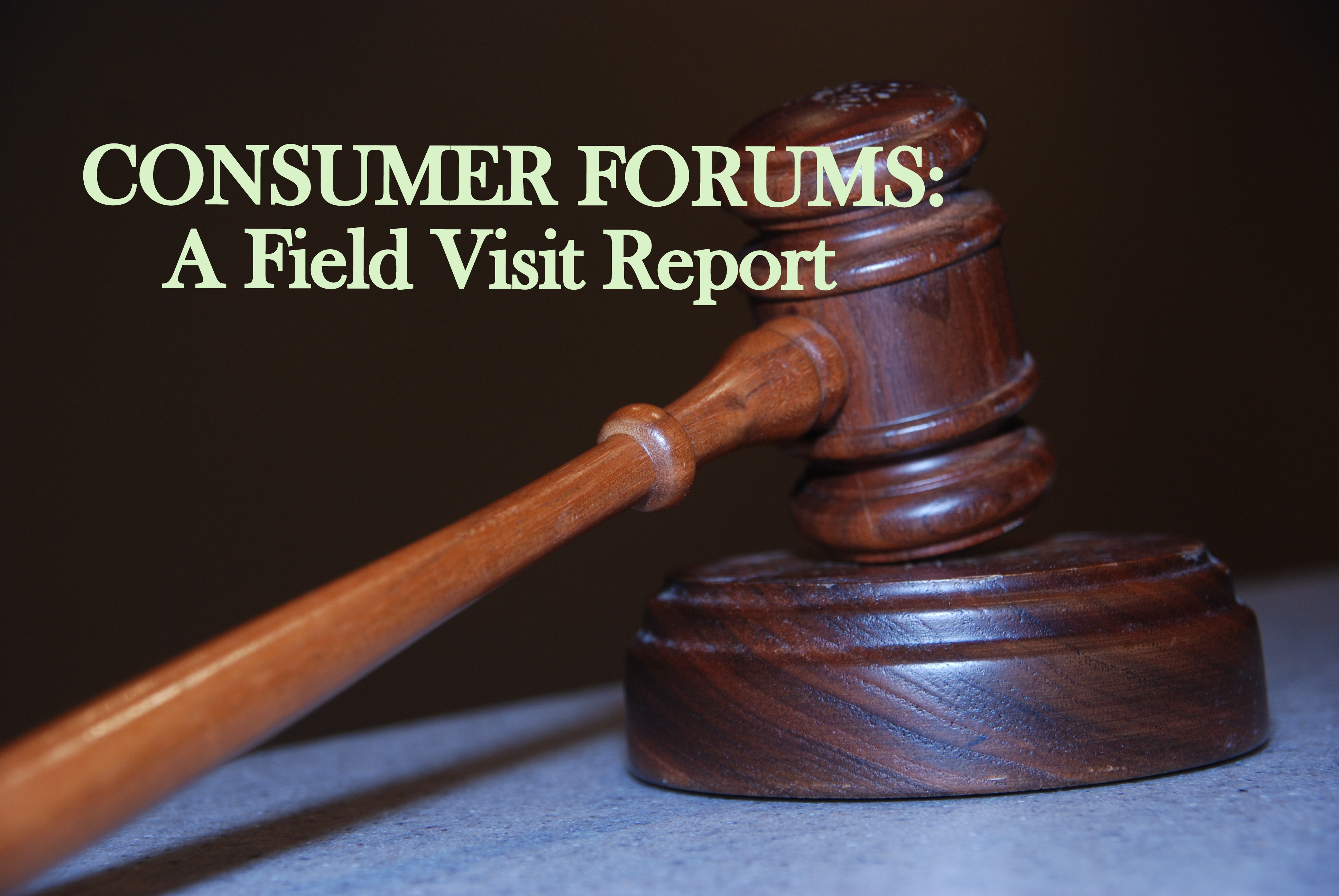 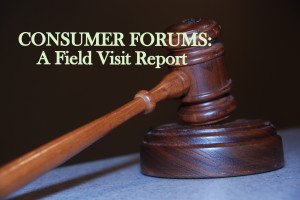 The state of the consumer forums in Delhi is so bad that consumers try to avoid approaching the Consumer Courts in case of any grievance and advocates refrain from taking up Consumer Rights Violation Cases.  Officers and the staff are blamed by the public  for the delay in deciding cases. What are the ground realities in these consumer forums? Is attitude of the officers the cause of  time lag in consumer forums? In an endeavor to find out the answers to these question, the author stopped over at all the 10 District Consumer Forums of Delhi and here’s what she found:

Picture yourself working in a miniscule compartment with rats jumping over the broken desk, surrounded by stacks of files and without any basic amenities like drinking water in a city where summers have an average temperature of 36oC. This is the depiction of a District Consumer Forum in Delhi. Hon’ble Dr.Arijit Pasayat, former Judge, Supreme Court of India recognised lack of infrastructure as well as non-filling up the vacancies in time as the two major reasons for non-disposal of cases in the consumer fora in time.

Shri H.R. Bhardwaj, the then Minister for Law and Justice, while addressing the issue in a conference organized by the NCDRC in 2009 had expressed his concern and said, “sufficient resources are not being given, and this is the tragedy of justice in our country that access to justice has been given in a big way, but the infrastructure, and judicial manpower has always been lacking. Unless you employ more judicial manpower, you will meet with the docket explosion in this country.”

“The drinking water area nauseates me”, said a lawyer in East Delhi District Forum. Most of the furniture is dilapidated, ceilings have water seepage, wooden planks have been put to prevent rats from entering the cabins and there are uncongenial provisions for drinking water and public lavatories. This is disheartening for both the consumers who approach these fora in pursuit of justice as well as the officers and staff working in such fora. A cobwebbed cell without exhaust fans and insufficient racks is provided in the name of Record Room, as a result of which the files are not properly arranged and have to be kept in bundles wrapped in cloth. The decided cases, therefore, cannot be traced out without avoidable loss of time. In few forums, photocopy machine has not been working for a month or two, consequently, registered copies of notices, orders and judgements cannot be sent and hearings have to be postponed. This defeats the very purpose of these consumer fora which have been setup to provide inexpensive, speedy and summary redressal of consumer disputes.  “Filing a complaint in forum seems like a second punishment,” expressed a litigant at West Delhi District Forum.

While the infrastructure problems persist for other fora, the two lately renovated fora are not plagued by them; however the impediment of inadequate staff hampers their efficiency as well. Out of ten sanctioned posts, the fora have six employees on an average, most of whom are either on contract basis or privately appointed. Due to dearth of stenographer, typist without technical skills of short hand typing is appointed in few fora. This renders it unwieldy to prepare orders on time and thus causes delay in disposal of cases. And ultimately it is the consumers who are agonized. As the staff appointed is accountable to the Department of Consumer Affairs, it becomes difficult to take any action against them in case of any default. A lawyer in South West Delhi District Forum expressed his abhorrence saying, “This is a personal case otherwise I detest coming to the consumer fora.”

Despite several complaints to the Department, for problems of infrastructure and inadequate manpower, no action has been taken yet. In certain fora, the engineers have been sent by PWD who have taken measurements many times but either no infrastructural changes have been made till now or only the president’s rooms has been renovated but the waste is disposed off at the entrance of the fora and in the absence of sweeper and inaction of PWD it remains dumped there.

Root Cause and Suggestions for obviating the problem

Most surprisingly, the Central and State Governments, National and State Consumer Dispute Redressal commissions and the Department of Food, Supplies and Consumer Affairs are not incognizant of these facts. The Government of India had released Rs. 70 lacs, under the ‘One Time Grant of Financial Assistance Scheme’ in 1995 for this very purpose. But except the two fora which have been renovated lately, the district fora have not had any major infrastructural or human resource changes since inception. Time and again the central government and the Department of Consumer Affairs, GoI have sought information from all States/UTs regarding requirement of funds so that minimum level of facilities at each consumer forum required for their uninterrupted functioning can be made available. They have been providing financial aid to various states under One Time Grant scheme (2004-05), Integrated Project on Consumer Protection (IPCP) (2005-08), Strengthening Consumer Fora (SCF) (2008-12) and otherwise but no assistance was provided to Delhi Consumer Fora under the same. Necessary steps by the state government and the state commission are required to be taken in this regard. Moreover, additional sanctioning of posts is needed as was suggested in Bagla Committee Report. To have effective control over the functioning of the the District Fora, suggestion about entrusting the President of the State Commission with the power of appointment of Officers and staff (except the President and Members) of the district forum has also been proposed many times.

Inspite of these impediments, Delhi District Consumer Fora have disposed of 95.68% cases as on 30.09.2011 since inception which is commendable and once the basic facilities are provided keeping in view the dignity and status of the persons presiding over the fora, the consumer forums will be able to serve the very purpose of establishment of these fora.

Standard of Infrastructure in Delhi District Consumer Fora
(as on July, 2013)