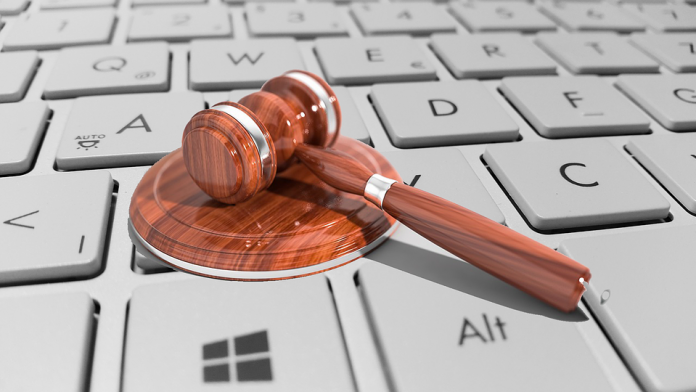 It has been written by Bikramjit Chatterji, pursuing a Diploma in Law Firm Practice from LawSikho.

As the popular line goes: necessity is the mother of invention, the COVID-19 pandemic is a prime example of this. The pandemic forced India to adapt to technology it had long kept ignoring. Even the judicial system saw the adoption of technology, which is mostly a face-to-face job. But it is now, more than ever, that there is an increased need to focus and rely on the development of Information and Communications Technology, or ICT to make sure that the judicial system does not get hampered, due to anything, not even the next big pandemic. The judicial system has come a long way, earlier it was believed that in order to deliver justice, physically being present in the court was a necessity but now, justice can be delivered with the help of computers, the internet and ICT. But it was a steep mountain to climb, as in the beginning, the Indian Judicial system was highly receptive towards the adoption of ICT.

However, with time, significant initiatives were taken up by the Indian Judiciary System for the adoption and widespread use of ICT. With Indian courts being so proactive in harnessing technology, it can be said without a shred of doubt that the optimum use of technology is not a long way ahead and is here to stay. However, it is important to note that there is a need to identify the current challenges in ICT in order to improve the technology so as to make sure that no one faces any problems. However, this technology needs to be made available to every court in India, and not just the higher courts as that would defeat the purpose. Courts in rural and semi-rural places need to be included in the adoption of ICT and they need to be helped with setting up proper infrastructure for the same. Many rural and semi-rural places in India still lack stable electricity or stable internet connection which is why those drawbacks need to be fixed first, in order for them to successfully adopt ICT.

The very first commercial computer was the UNIVAC 1 which was developed by John Eckert and John W. Mauchly in 1951. Since then, computers have come a long way and so has ICT. ICT is the main infrastructure or component that enables modern computing. Even though there is no single or universal definition of ICT, the term generally includes all technologies like devices, networking components, applications and systems that together allow people or people within an organization or different organizations to interact with each other in the digital world. The very first computer was used by the Census Bureau to predict the outcome of the 1952 presidential elections. ICT tools can be used to explore, analyze, find, exchange and present information responsibly and without any sort of discrimination. ICT can be used to give its users quick access to ideas and experiences from a wide range of people, cultures and communities.

Information and Communication Technology (ICT) is a wide term which covers all the technologies and services involved in computing, data management, telecommunication provisions and the internet. All these technologies deal with the transmission and reception of information of some or the other kind. ICT penetrates all aspects of life, like providing newer, better and quicker ways for people to interact with each other, network with each other, seek help from one another, gain access to different information and learn newer things. It is present everywhere in this modern-day and age but Information and Communication Technology (ICT) has huge economic significance as well. According to a research conducted by International Data Corporation, it was estimated that the global Information Technology Industry was on track to reach $5.2 trillion in the year 2020. The United States of America is currently the largest technology market in the world, representing 32% of the total market or $1.7 trillion in the year 2020. The technology sector accounts for quite a significant portion of economic activities that take place on a global scale as economies, employment and the personal lives of people are becoming more and more automated, connected and digitized.

Challenges with the adoption of information and communication technology

How can ICT be helpful for courts?

Firstly, the biggest thing required is the formulation of policies which will bring e-courts into existence. A proper, well-defined and structured system is required for such an idea to work because the judicial system of India has been highly labour driven till now. The government has to play a part in this as well, by setting up technology centres which will help these e-courts to function. Justice Ramana and Justice Bobde believe that the Judicial system of India is also taking steps in the direction of making more space for technology to make an impact. The acceptance of newer online methods and the need for laws in the technology space show that the judiciary is prepared to integrate technology on a larger scale. Precedents have also been set by the Judiciary which will help future judges make easier and quicker decisions.

In the case of Kanchan Mehta, the court found that smaller cases like cheque bouncing, challans, etc can be addressed online and physically being present in courts is not necessary. In the case of Grid Corporation, the court accepted video conferencing as a tool and it was also seen that evidence and testimonies could easily be recorded through the same. Even the acceptance of electronic summons was done easily in the case of the Central Electricity Regulatory Commission.

Time and again, Courts have accepted and acknowledged electronic evidence as legit in the eye of the law. Renowned judicial members such as Justice Indu and Justice Chandrachud have also expressed regard towards the implementation of Information and Communication Technology (ICT) in courts. They have also discussed the positive changes that could be brought to the Indian Judicial system if technology in the form of ICT is enabled and used properly. Finally, proper awareness is required about e-courts through corporate events and seminars to make more people aware of the benefits and conveniences of e-courts which could bring a massive change in the judicial system of India, which is long overdue.

While technology is driving a lot of things in today’s day and age, many sectors which are largely labour driven are falling far behind the curve. Though tricky, the introduction of Information and Communication Technology (ICT) in courts can be really helpful for the smooth and efficient functioning of courts. But the introduction of Information and Communication Technology (ICT) will lead to the development of two kinds of courts, as the physical courts or courtrooms cannot go out of existence overnight. So either of the two can be done, either courtrooms can be used to deal with long cases which have a very long duration of time or they can deal with small and petty cases which can be resolved within a few hearings.

However, it would be ideal if physical courts dealt with most criminal cases which take a long duration of time for justice to be served. From holding the trial to examining the witnesses to cross-examine the witnesses taking the statement of an expert, to giving the final verdict to the suspect, especially in an open court can be challenging on online platforms in the coming days. It would therefore be better if smaller and petty cases can be dealt with on the online platform while the latter is conducted in courtrooms.

The existing government is undertaking steps to create e-courts all over India and this would provide litigants with a cost-effective and simpler method of doing their job. This would also help courts to resolve issues in a much more transparent and economical method with anyone being able to attend court from any part of India. This would also benefit the courts to store more information and make it available to anyone at any time through their websites.

The worldwide pandemic gave the whole world a wake up call, including India which didn’t see the benefits of Information and Communication Technology (ICT) earlier. If we were to ever face another deadly pandemic such as this, we can be assured that we wouldn’t have to see the courts come to a complete stand-still with justice being undeliverable.