This article is written by Suryansh Singh, a 3rd-year law student from Indore Institute of law. This article mainly discusses about the factors which constitutes theft and extortion and the difference between both of them.

The offence of Theft comes under the purview of offences against property which extends from section 378 to section 462. Theft has been dealt with under sections 378 to 382. Theft is an offence in which movable property of a person is taken away and it is taken away without his consent.  Theft has been defined under Section 378 of IPC. Simultaneously the punishment for the commitment of act of theft has also been defined under Section 379 of IPC.

Theft is defined under the Section 378 of The Indian Penal Code as, any person intending to take any movable property without honesty, out of the possession of any person without that individual’s consent, moves that property in order to such taking is said to commit theft.

It is also called as malafide intention which can be represented in the form of mens rea. This is the core element of the theft. The petitioner has to prove that something was taken away by someone with a dishonest intention.

Such a property must be taken away from the owner:

The movable property must be in the possession of another individual from where it is taken away. There is no theft of wild animals, birds or fishes while at large but there is a theft of animals which are owned by someone.

Ace finds a locket lying on the road which was in the possession of someone.  An ace by taking it commits no theft, though he may commit criminal misappropriation of property.

The property has been taken away without consent of the owner

Ace has friendly terms with Zoey, he goes into Zoey’s room in her absence, and takes away a book without her express consent for the purpose of merely reading it (with the intention of returning it) Here it is probable that Ace might have conceived that he had Zoey’s implied consent to use her book. If this was Ace’s thought then Ace has not committed theft.

In this case, a government employee took a file from the government office and presented it to someone else, and brought it back to the office after two days of taking it away. It was held in this case that permanent taking away of a person’s property is not essential, even a temporary takeaway of the property with dishonest intention is enough to constitute the offence of theft.

What is the Punishment for theft?

The Punishment for the offence of Theft is defined under Section 379 of the Indian Penal Code which states that anyone who commits theft will be pun­ished with imprisonment of either for a term which can be extended to a period of three years either with fine, or with both.

Theft in Dwelling houses is defined under Section 380 of the Indian Penal Code, it states that, Any person who commits the offence of theft in a building or a vessel which is used for the purpose of Human dwelling or is being used for the custody of the property will be punished with an imprisonment of a description for a term of seven years (maximum) and it can be less than that also and he shall also be liable to fine.

The word dwelling house means a building or a vessel which is being used by a person for living or remains there permanently or even temporarily. Such as A railway waiting room is a building which is used for human dwelling. Theft of articles from the roof of a house can fall under the section.

What happens when the Theft is done by a servant or clerk of property which is in possession of the master?

When the theft is done by a servant or a clerk who is in possession of anything owned by the master commits theft in respect of any property in the possession of his employer/the master, will be punished with an imprisonment of either description for a term which may extend to seven years, and will also be liable to fine. This is defined under Section 381 of the Indian Penal Code.

What happens when Theft is done after the preparation made for causing death, hurt or restraint in order to the committing of the offence?

Any person who commits theft after having made preparations for causing death, or hurt, or restraint, or fear of death, or of hurt, or of re­straint, to any person, in order to the committing of such theft, or in order to the effecting of his escape after the committing of such theft, or in order for retaining of such property taken by such an offence will be punished with a rigorous imprisonment for a term which can be extend to ten years, and the person will also be liable to fine.

Under the Indian penal code, the term extortion has been defined explicitly and how it is constituted. Section 383 of the indian penal code states that if a person intentionally puts another person in a position of fear or of threat to cause him injury, or deceitfully persuade him so that he may deliver the property or any other valuable goods to another person or any document which has been signed and can be turned in a valuable security. Punishment regarding extortion is enshrined under section Section 384 of the Indian penal code.

If A who kidnapped B’s child Z, demands a sum of 10,00,000 Rs. from B. all the efforts made by B in order to know whereabouts of his child turned out to be futile. B with all the failed attempts pay the prescribed amount to A. A has committed the offence of extortion.

In the instant case, bishop was threatened in order to expose his illegitimate relation with a woman. This act was considered as an offfence of extortion

In the instant case, a boy and a girl was compelled by the accused to take off their clothes. While they were naked several photographs were taken by him. Later these photos were used by the accused in order to extort money from them. This act was considered to be an offence of extortion.

Punishment regarding the offence of extortion (section 384 of IPC)

Under section 384 of the Indian penal code punishment or extortion has been prescribed. A person committing such offence shall be punished with the imprisonment of 3 years or with fine or both.

Section 385 of the Indian penal code states that a person while committing the offence of extortion shall be punished with the imprisonment of 2 years or fine or both if he while committing such crime puts another person in fear of injury.

Punishment for extortion committed through putting a person in fear of imminent threat to his life or severe hurt.

Under section 386 of the  Indian penal code if any person commits an offence of extortion while putting a person in a sense of fear of imminent threat to his life which amounts to death or severe hurt to his body shall be held liable for rigorous imprisonment of 10 years or fine.

Under section 387 of the Indian penal code, it has been stated that when a person with the sole purpose of committing  extortion puts or attempts to put another person in a position when there is a sense of fear of death or severe hurt to his body shall be punished for imprisonment which may extend to 7 years and is also liable to fine.

When a person commits extortion by threat of accusation of an offence punishable with death or imprisonment of life, etc.

What is the difference between Theft and Extortion?

It can be concluded that the commission of both theft and extortion is an offence punishable under the Indian penal code. There is a line difference between both of them.  Theft is an offence in which movable property of a person is taken away and it is taken away without his consent. Section 383 of the Indian penal code states that if a person intentionally puts another person in a position of fear or of threat to cause him injury, or deceitfully persuade him so that he may deliver the property or any other valuable goods to another person or any document which has been signed and can be turned in a valuable security. 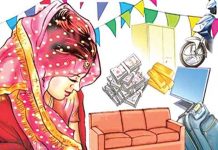 Dowry Death under Section 304b of IPC & 113b of Evidence Act 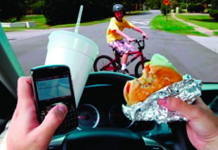 Death by Negligence: Section 304A under IPC 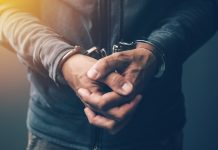 How to protect your client from arrest