Furthermore, in addition to his regular criminal practice, he handles cases relating to MCOC (Maharashtra Control of Organized Crime Act, 1999) too. As a result of his knowledge in criminal law, Amit Desai is know all throughout the bar as well as the bench. Seems like counting Amit Desai as one of the best criminal lawyers in Mumbai will not be incorrect.

The most noteworthy case of Amit Desai has been Salman Khan’s Hit and Run case. Hit and run case involved a big name in the Bollywood industry, Salman Khan. Consequently owing to his sharp skills in criminal law, Amit Desai through his arguments proved Salman Khan not guilty. As a result of the victory, Amit Desai gained in addition to existing fame immense popularity.

In conclusion, Amit Desai’s name in the field of criminal litigation is a milestone in itself. He is easily counted among top criminal lawyers in Mumbai.

“The temples of justice are also home to moments of laughter.”

The name in itself is everything. Probably Soli is among the most experienced criminal lawyers in Mumbai. Soli Sorabjee has also been the former Attorney General of India. Most noteworthy he has also been awarded Padma Visbhushan.

Consequently owing to his reputation in the field of criminal law, he has worked with several national and international organisations. Soli Sorabjee has been the Vice-President of the Human Rights Committee of the International Bar Association. He is also a Patron of the Media Legal Defence Initiative, a UK-based charity that provides legal aid and assistance to journalists and news media organizations around the world.

Soli Sorabjee has authored multiple books and is also a well-known academician. He was among one of the prestigious lawyers involved in Keshavnanda Bharati’s case. Soli Sorabjee also defended Kanahiya Kumar in the infamous sedition case. Sorabjee also argued for Italian Marine soldier’s case.

Another feat to his career, Soli Sorabjee is honored with multiple awards. Few of them to be named are 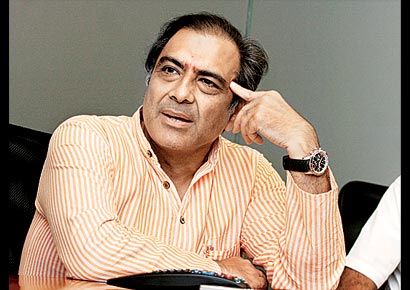 As a result of his knowledge in law, Mahesh is counted among top name when it comes to the best criminal lawyer in Mumbai. Mahesh is know all across the bar for his keen interest and knowledge in the field of law.

Chief Minister of Maharashtra, AR Antulay. Mahesh has also appeared for Rajni Patil in the Prof. Vishram Patil murder case in which the brother of ex-President of India, Pratibha Patil was a suspect.

Most noteworthy has been his appearance in Sanjay Dutt’s bomb blast case.

Because of his knowledge and sharp skills, Mahesh Jethmalani is counted among the top criminal lawyer in Mumbai.

Fali S Nariman is a legend in the field of legal profession all across India. He is a famous jurist having expertise in constitutional law but also takes criminal cases. Naming Fali S Nariman as among the best criminal lawyer in Mumbai will limit his greatness. Probably, he is counted among the best last lawyers in India.

In conclusion, Chapter IV of his book Before Memory Fades Fali quotes, Lawyers and the Legal Profession, Nariman quote Clarence Darrow, who says that the law provides that every defendant regardless of the charges is entitled to a lawyer to defend him, especially when the entire world is against him.

Ravi Kadam is counted among top criminal lawyers in Mumbai. He has been in practice for more than four decades. Ravi Kadam is a well-known figure among the bar as well as the bench of Bombay High Court. Ravi Kadam has appeared for cases involving big names.

Iqbal Chagla holds his practice in the High Court of Bombay. Iqbal Chagla is a senior advocate in the Bombay High Court. He is among the top practitioners among criminal lawyers in Mumbai. Iqbal Chagla has appeared from Nestle’s side in the infamous Maggi ban case. Iqbal Chagla was even offered a position of a judgeship in the Hon’ble Supreme Court of India which he declined owing to his personal and professional reasons.

Probably one of the most heard name when it comes to Human-Rights activism. She also runs an NGO with the name of Lawyers’ Collective. Indra Jaising was conferred with the Rotary Manav Seva Award for fighting against corruption. Indra was also awarded Padma Shree in the year 2005.

Rajesh Srivastava has more than 15 years of experience as a lawyer in the High Court of Bombay. He regularly appears before the Metropolitan Magistrate’s Courts and Additional Chief Metropolitan Magistrate’s Court all over Mumbai and also the Bombay City Civil and Sessions Court of Mumbai and also the Bombay High Court. He is counted among top criminal lawyers in Mumbai.

Tripti Shetty specializes in matters relating to criminal law. A well-established lawyer in the Bombay High Court, Tripti hold the reputation of being a successful and prominent career in litigation.

Your dream to become a top criminal lawyer is not going to be a dream anymore. Learn all about criminal laws, procedures, judicial frameworks and drafting by the top experts of the industry. Check out this course by LawSikho, India’s leading legal online education provider.