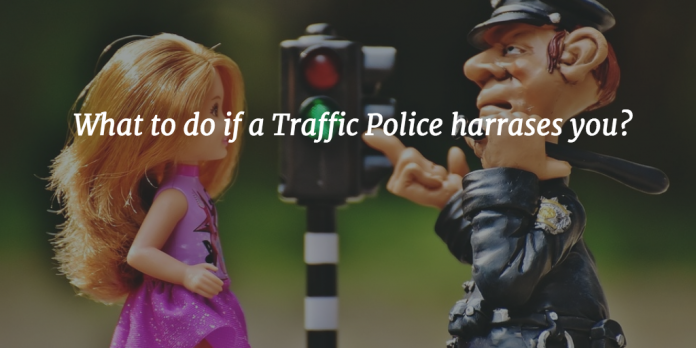 In this blog post, Shreya Shikha, a second-year student pursuing B.B.A LLB (Hons.) from Chanakya National Law University, Patna enumerates what needs to be done if a traffic police harass you.

It is nearly a common experience for many Indians to encounter a traffic police. There are many reasons for this like people often don’t care about traffic rules and are used to breaking it. Many a time people overtake others, run their motor vehicles like racing cars and end up injuring others and themselves too. If someone breaks any traffic rule, traffic police are there on roads to stop you and will fine you for your negligent act. 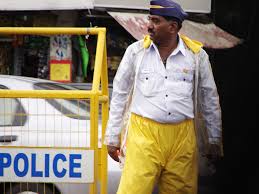 There is nothing wrong in this. But the problem starts when a traffic police asks for a bribe or assaults any person of enhancement of penalty under Section 179[1] of Motor Vehicle Act, 1988. Most of the time people want to keep themselves away from any legal actions and pay the bribe amount.

Kindly don’t do this So, let’s start with the Traffic Fine Rules so that you will be able to deal with the situations when a traffic constable harasses you.

Note: Exemption from the use of the helmet is granted for Sikhs and people with surgery on ears which is also called Mastoid surgery.

How much fine can be imposed by different traffic police officers?

According to The Indian Motor Vehicle Act, 1932, traffic officers of and above the rank of an assistant sub-inspector are authorised to give away traffic violation challan or notices, which are for spot fines only. Officers of the rank of ASI (one-star), sub-inspector (two-star) and inspector (three-star) are authorised only to collect spot fines. Constables can only help them in doing so. One can certainly recognise the designation of the traffic police by their uniform. The traffic police from the rank of a constable to ASI wear the white coloured uniform and inspector and rank above wear the khaki coloured uniform.[6]

How much fine a traffic police can impose?

A constable cannot fine you for any offence. The head constable can fine only up to 100 rupees, only ASI and SI can penalise for more than 100 rupees. One more thing for your knowledge is that the fine for most offences is Rs.100, for over speeding Rs.300 & for drunk & driving up to Rs.2,000 (through court only).

Another thing that needs to be kept in mind is that for two separate offences at the same time, the penalty for it is distinct like for overtaking and smoking inside a vehicle, traffic police can fine you Rs. 100 for each offence that is the total of Rs. 200. There are two types of penalties; 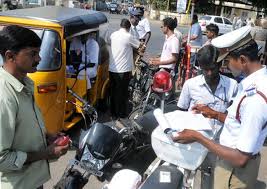 What are the essential original documents you need to carry with yourself while driving any motor vehicle?

You are required to keep the original driving license and pollution under control certificate and a copy of RC and insurance with you all the time.

So these are the rules for traffic police and apart from that if a traffic constable has stopped your vehicle and ordering you to show papers, then you may deny doing so and say that you will only show it to an officer. Not only that, you can file a complaint to his superior authorities as well. You may file a case against him in the local police station or just call 100 and inform of the misconduct by the police constable.

Below is the link where you can find the message of Joint City SP, and know more about your rights; https://www.facebook.com/notes/delhi-traffic-police/know-your-rights-head-constable-of-traffic-police-has-only-limited-prosecution-p/224874257542343/

For various traffic offences and penalties, you may refer to the below link of Delhi Traffic Police; https://delhitrafficpolice.nic.in/public-interface/traffic-offence/

[1] Section 179 of Motor Vehicle Act, 1988- Disobedience of orders, obstruction and refusal of information

[5] Section 185 of Motor Vehicle Act, 1988- Driving by a drunken person or by a person under the influence of drugs.