This article has been written by Ansh Mohan Jha, a student of BA LLB, First Year at Pune University. 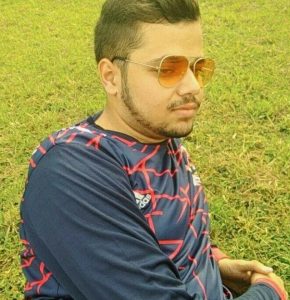 Looking back into history, we find that transgender people, in India, have not only been discriminated against but also been deprived of their basic rights. Finally, in 2012, National Legal Services Authority of India extended its support to the transgender community and filed a petition with the Honourable Supreme Court on their behalf, demanding equal rights for them and legal declaration of their gender identity. After two years, on April 15, 2014, the Supreme Court, in its landmark ruling, upheld that the fundamental rights guaranteed by the constitution will be equally applicable to them and recognized them as the third gender. Major takeaways from the verdict are listed below.

On April 24, 2015, Tiruchi Siva, the Dravida Munnetra Kazhagam (DMK) leader, tabled the Rights of Transgender Persons Bill, 2014 in the Rajya Sabha. He argued that 29 nations and the leading democracies in the world including US, UK, Canada, France, Australia, Italy and Singapore have formulated legislations to safeguard the rights of transgender persons. Furthermore, he highlighted that the actual number of transgenders maybe around 20,00,000, not 4,50,000 as per the government records. He also discussed how the transgenders have been deprived of their basic rights, except the right to vote. Key features of the bill are listed below.

Despite the opposition of the ruling members, the bill was passed in the Upper House, the first private member’s bill passed in the last 46 years. The bill, however, did not pass in the lower house.

The Bill defines a transgender person as one who is (i) neither wholly female nor male; or (ii) a combination of female and male; or (iii) neither female nor male. In addition, a person’s gender must match the gender assigned at birth. This will include trans-men, trans-women, persons with intersex variations and gender-queers.

Recognition of Identity of Transgender Persons

Procedure for getting the Certificate

Obligation of Establishment And Other Persons

The Bill proposes the establishment of National Council for Transgender Person, headed by the Union Minister of Social Justice and Empowerment. The main responsibility of the Council is to advise the Central Government on the formulation of policies, programmes, legislations and projects regarding the Transgender community. Furthermore, it also needs to analyse and monitor the impact of those policies and legislations on them, and report it to the respective ministry. The working of the various Departments of Government and Governmental and non-Governmental organizations for the matters related to transgender persons will also be reviewed and coordinated by the Council to ensure their smooth and effective functioning.

Whoever forces the transgender community to leave the village or house of residence, compels them to indulge in the act of begging or bonded labour, obstructs them from having access to public places and causes harm to them either physically or mentally will be punished. The punishment will not be less than 6 months but which may extend to two years with a fine.

Shortcomings of the Bill

The bill defines a transgender person as one who is (i) neither wholly female nor male; or (ii) a combination of female and male; or (iii) neither female nor male. The bill, however, does not state whether the terms “male”  and “female”  means biological sex or it refers to one’s psychological sense of gender.  Even a male or female can identify himself or herself as transgender and vice-versa. The definition consists of several terms – trans-man, trans-woman, intersex variations and gender-queer, which are not properly defined.

The Supreme Court, in its verdict, asserted that transgender persons have the right to self identify themselves as either male or female or third gender, but the bill makes it mandatory for them to get the Certificate of Identification from the District Magistrate. The DM can issue the certificate only after the approval of the District Screening Committee. A transgender, under the bill, can exercise all the rights and avail the benefits only if the certificate is issued by the committee. This provision contradicts the right of self-identification.

No Provision for Reservation

Due to social stigma, a transgender person finds it extremely hard to get a job and admission in educational institutes. That’s why the SC asked the government to give reservations to the transgender community both in educational institutes and in government jobs so as ensure that they do not face discrimination on the grounds of being a transgender.  However, the bill has no provision which grants reservation to them.

Violence within the family

Transgender mainly earn their livelihood through begging and working as sex workers since they do not get jobs easily because of the following reasons:-

Therefore, they have no other option but begging to earn money. Without granting reservations in jobs, the Bill criminalises the act of begging.

The Bill met with severe criticism and was referred to the Standing Committee, which examined the bill and submitted its report on July 21, 2017.

On December 17, 2018, certain amendments to the Bill were introduced in Lok Sabha. The Bill, along with amendments, was passed on December 18, 2018. The major amendments are discussed below.

The bill was heavily criticised for not incorporating all the suggestions made by the Standing Committee. The bill was primarily criticised for not removing the provision of the establishment of the District Screening Committee for issuance of Identity Certificate since it contradicts the right to self-perceived gender identity. Moreover, the bill neither decriminalises the act of begging nor provides mandatory reservation in jobs and in educational institutes to the transgender community. As a result, the bill got lapsed, and a newer version of the bill was again tabled by Thaawarchand Gehlot, which was passed by a voice vote in the lower house. The newer version of the bill excluded the provision which states the establishment of District Screening Committee. However, a transgender person does not have the right to self-perceived gender identity without undergoing sex surgery. The bill has decriminalised the act of begging, but there is no provision for mandatory provision. The bill is still pending in Rajya Sabha.

In India, more often than not, we come across the term, “human rights”, but it is excruciatingly painful to witness the maltreatment of the transgenders in every possible manner as if they are not human beings. Does their exclusion from society not decipher our narrow-minded and inhumane nature? It is the high time when we, human beings, need to build a  society, inclusive of all the genders, where everyone gets equal rights and treatment. At the same time, our policymakers must amend the Transgenders Protection Bill as per the demands of the transgender community so that they can prosper socially, economically and politically, and contribute to the development of the nation.

It was neither their choice nor the result of their Karma (Action) to take birth as a transgender, but they are coerced to live their lives like an unwanted part of the society and nobody even cares to realise how traumatised they feel when one makes a mockery of them. Why?