This article is written by Gurpreet Singh, a student at the Faculty of Law, Delhi University. This article explores the adaptations of the justice delivery systems around the world with special attention to the Indian experiment to the pandemic.

Well, who could have imagined that reforms would be pushed by a pandemic! Yet it did happen, with flexible working hours, not being stuck in traffic jams, finding time to hone your creativity, albeit acknowledging one’s privilege. Apart from individual reforms, the justice delivery system worldwide managed to reform and switch from physical proceedings to virtual proceedings, not smooth transitioning, but credit where it is due they did. This article explores how the judicial system around the world adapted to the pandemic focusing on Indian systems and certain hiccups experienced in the shift to the virtual world. There is a list of major systems around the world and measures adopted by them.

The United States Supreme Court heard oral arguments for the first time in its history,  via teleconferencing on May 4, 2020.  Although, due to its structure of state autonomy that consists of  50 states, it was not possible to track the court systems of all the states. Individual State Courts have evolved their practices to deal with the pandemic, however general guidelines were issued by the Administrative Office of the U.S. Courts that possess jurisdictions over district federal courts. Certain guidelines are as follows:

The response from the United Kingdom was rather quick, with the Chief Justice of the Supreme Court springing into action and announced that hearings would be conducted remotely whenever possible. The announcement was made on 20th May 2020. The conduct of physical hearings was also limited to few buildings that could accommodate people with keeping in mind the requirements of social distancing. The Chief Justice directed the courts to avoid adjournments and ensure speedy access to justice. Physical hearings were also conducted in the lockdown period, but official figures suggest that 85% of hearings were held remotely.  A  working group has been established to identify venues (such as civic centers and other public spaces) for “Nightingale” courts to open. These courts would hold socially distanced hearings or an option would be available to the witnesses to attend the court virtually.

Canada runs 2 systems of justice concurrently, federal and provincial. Canada’s 10  provinces have both federal and provincial courts. With covid 19 pandemic arriving unannounced courts in several provinces (including Quebec, Ontario, Alberta, and British Columbia) suspended the physical hearing and shifted to the virtual mode accommodating teleconferencing and video conferencing keeping in mind the legit technical difficulties concerning litigants.  In Ontario appeals before the Court of Appeal have been taking place virtually or the traditional method of submitting pleadings to the judge in writing. In Alberta, hearings were restricted to emergency and urgent matters. The Court of Appeal of Alberta declared on March 23, 2020, that appeals, applications, and motions would be heard technologically via teleconference or videoconference as per the convenience of the litigants, The Court has implemented teleconferencing and videoconferencing technologies for civil, criminal, and family matters. The Alberta Court is hearing cases through cisco web ex. The federal courts (trial division) and the court of appeal remained shut during the lockdown, matters of extreme importance were heard online.

With a single judge for one lakh people and more than 3 crore pending cases in Indian Courts, online hearings would have plagued the judiciary but they decided to experiment the same. The Supreme Court of India and various High Courts shifted to online affairs, but unfortunately, our first line of defence, our trial courts, were dismal in their performance. With a shift on to the online hearings, electronic filing, and digitization of case files was a tedious task. The Supreme Court took the lead and set up a helpline to guide advocates for smooth transitioning. Below is an attempt to summarize the functioning of the courts in India.

The first line of defense, our district courts in Delhi have not fared well. Lawyers, litigants, and even judges have struggled with the newly inducted “virtual justice”. A litigant being aggrieved by the state of affairs prayed to the High Court that ‘ family courts should be allowed to record evidence via video conferencing. During the proceedings, the high court was shocked to discover that the main ground block for virtual hearing was the virtual facilitator i.e the Internet. In Anand Vaid v. Preeti Vaid, it was discovered that basic digitization facilities and internet bandwidth are stuck in what we know as our greatest bane i.e. red-tapism and bare inefficiency with what we operate. The main reason for the poor quality of hearing is due to files being stuck in a hierarchy and no budgetary allocation being made to the district courts in Delhi. The  Delhi government has been sitting on the proposals since 2018 with no activity. The Delhi High Court has issued an extensive set of directions for trial courts to conduct seamless online courts but with no action from the Delhi Government the district courts struggled to up the pace of online hearings, moreover with the principle of open court gone out of the hindsight due to covid 19  tightrope mechanisms are required to grant access to virtual courts for the general public and as a matter of fact, officers appointed for granting access to courts have wide discretion to deny entry in the proceedings of the court. Despite all the drawbacks, the District court still managed to hear about 67000 cases through video conferencing.

Delhi High Court has achieved remarkable access in conducting online proceedings, with even the Supreme Court acknowledging the same. The Supreme Court while being troubled by the loss of connectivity in the order, stated that “We at the inception must note our exasperation at the inability of the virtual court system to work satisfactorily in the Supreme Court while there are no such problems in the Delhi High Court Next Door!” The Delhi High Court uses cisco Webex as its mode of functioning while the Supreme Court uses the Vidyo application. The Delhi High court amassed a massive figure of about 13000 cases being heard by video conferencing between April 1 and July 31. As per the press release of the Delhi High Court, 2800 main cases,11000 miscellaneous,196 PIL’S were disposed of by the Court. The technology depicted its wonders in training the judges as well, The Delhi Judicial Academy conducted 30 training programs,40 special training sessions to impact skills to 760 judicial officers, prosecutors, and other stakeholders involved in the dispensation of Justice. Recently, An order was issued by the Delhi High court for the complete resumption of physical hearings, which was challenged in the Supreme Court to which the Supreme Court passed the hat back to the High Court. The Delhi High Court modified its order and permitted advocates to be present before the court via online medium subject to prior intimation The order read as follows “Matters shall be taken up through physical mode as per the Roster of Sitting of The Hon’ble Judges of This Court. However, requests for taking up any such matter through virtual mode shall be entertained by the Court wherever advance intimation is provided”.The Delhi Court administration has made arrangements to hold a hybrid hearing when one party is available virtually and the other is available physically. Currently, High Court has adapted and hearings are going on full-fledged in hybrid mode.

The Hon’ble Supreme Court shifted to virtual mode on March 25, 2020, amidst some resistance from the bar. The First-ever Constitutional bench of  Apex court was held on Virtual Court No 3 on 14th July 2020. The matter was dealing with whether states can provide reservations in P.G medical Courses to those officers who have prior experience working in rural areas. Justice D.Y Chandrachud remarked that Virtual courts cannot replace physical courts but can act as a  catalyst of change in improving access to speedy justice. His own words as follows :

“I want to dissuade people from the idea that virtual court hearings are some sort of panacea or a formula, which is a substitute for open Court hearings, We had no choice in the pandemic, but to resort to hearing via the internet, They will not be able to replace Physical Court Hearing” He also remarked that Technology is an adjunct rule of law, He also depicted some of his fears and observed that “ we must ensure that technological divide should not become a means of exclusion, technology should be used for inclusive justice” The committee of the Supreme Court undertook the following steps for smooth transitioning to the online world.

Despite all these efforts, online hearings was a ride full of hiccups when one of the orders of the Hon’ble Supreme Court  observed  the following

“We have been since yesterday trying to cope with the problem of disconnections, the resonance of voices, even when a single person is arguing. It is difficult to understand this despite more licenses stated to have been taken. The only voice we hear is the resonance of our voices!”

Currently, the Supreme Court is mulling over devising a hybrid mode of hearing, by taking all the stakeholders in confidence.

Some humour among the chaos

Here is a list of incidents that occurred during virtual hearings that straight up appear to be from a movie script, but they are wonders of technology

Justice AM Khanwilkar of the Supreme Court observed that “ There is no longer any difference between physical and virtual hearings; get used to it.

Justice Surya Kant of the Supreme Court remarked that “Virtual Courts must be looked at as a temporary replacement for physical courts and technology should be used to strengthen the current system.

Justice Madan B Lokur, a retired judge from the Supreme Court observed that ‘’Physical court hearings cannot be done away with, but virtual courts must be strengthened”

Union law minister Ravi Shankar Prasad emphasized meeting the challenge head-on and treat this as an opportunity to make digital systems in the judiciary more stable and robust.

With every crisis, there is an opportunity, the COVID-19 pandemic hit us unannounced wreaking havoc on the justice systems around the world. Every country devised mechanisms to deal with the situation. With a population of 1.2 billion India was pushed against the wall, it responded with all its might certainly there were certain hiccups that were dealt with by the authorities in accord with their inept wisdom. Covid -19 has knocked out our inefficiency and lethargy and forced us to go virtual. The change to virtual hearings is here to stay and hopefully is utilized to reduce pendency. 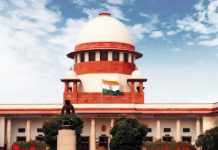 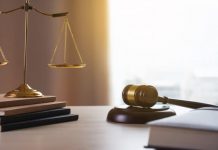 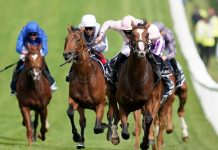