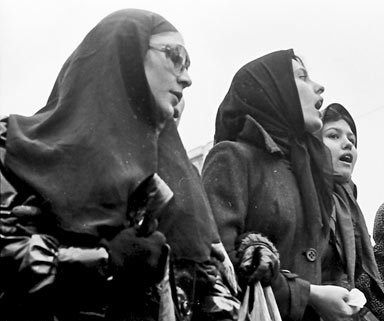 Looking at the current political and social scenario that seems to be developing in our country, some of the more progressive and liberal sections have started raising questions on the practice of Triple-Talaq in our society. But before going ahead let’s understand a little more about this term.

In the shortest and the most simplistic way, triple-talaq is basically a practice wherein a Muslim men can divorce by simply stating their intention three times verbally according to Sharia or Islamic law.  Now as absurd as it sounds, there are people precisely the All-India Muslim Personal Law Board that back this absurdity . And trust me the reasons given, tell us how profoundly the roots of these patriarchal mentalities have spread in our society.

The board says that this practice is to ensure justice to women and this makes me laugh, like literally! The reasons given by this board are so contradicting. YOU know what, if they cared so much about women and their upliftment, they would have been the first one to curb this practice, if they cared about women; there would not have been so much discussion and debate going on in our country about this issue. The Muslim Personal Law board argues of representing all of its population, whereas their board does not even include a single women and what about homosexuals, how and in what way are you representing them? Woman dignity lies beyond the realms of politics and representation of few central male members of personal law board. There are so many unanswered questions. You need to be rational and explicable, All-India Muslim Personal Law Board.

Supreme Court of India is currently hearing a petition filed by women’s rights activists who want the judiciary to declare triple-talaq as unconstitutional.

This voice for banning triple-talaq is something that is coming from the Muslim women themselves. How can then we call it Non-Islamic? The women of this country very well know their rights and are not going to tolerate this filthy mentality anymore. Triple-talaq is unilateral, arbitrary and contravenes both the constitution and the principles of gender justice in Islam. In a secular and democratic country like India, religious laws could not overwrite the constitutional right to equality.

WE NEED A REVOLUTION!!!