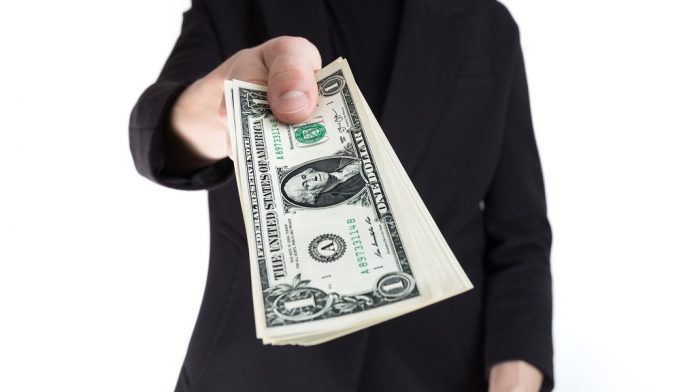 This article is written by Khushi Agrawal, a student of Symbiosis Law School, Noida. In this article, she has discussed the concepts of types of damages under Section 73 of the Indian Contract Act, 1872 in detail.

Compensation for failure to discharge obligations similar to those created by the contract.

If an obligation similar to what was created in the contract has not been discharged, any person who fails to discharge is entitled to receive the same compensation from the party in default as if that person had contracted to discharge it and had broken his contract.

In estimating the loss or damage resulting from the breach of a contract, consideration must be given to the means that existed to remedy the inconvenience caused by the non-performance of the contract.

‘A’ contract to repair B’s house in a certain way and receive the money in advance. ‘A’ repairs house, but not according to the contract. ‘B’ is entitled to recover the cost of making the repairs conform to the contract from ‘A’.

‘X’, the owner of a boat, contracts with ‘Y’ to take a cargo of jute to Mirzapur for sale at that place, starting on a given day. The boat does not start at the appointed time because of some unavoidable cause, whereby the arrival of the cargo at Mirzapur is delayed beyond the time it would have arrived if the boat had sailed under the contract. After that date, the price of jute falls and before the cargo arrives. The measure of the compensation payable to ‘Y’ by ‘X’ is the difference between the price ‘B’ could have obtained for the Mirzapur cargo at the time it was delivered in due course and its market price at the time it actually arrived.

What are the different types of damages?

Difference between general and special damages are:

If the defendant is found liable for breach of contract, the plaintiff is entitled to nominal damages even if no actual damage is proven. Nominal damages are awarded if there is an infringement of a legal right and if it does not give the rise to any real damages, it gives the right to a verdict because of the infringement.

In the following circumstances, nominal damages are awarded to the plaintiff:

Where the loss is small and quantifiable, the damages awarded, although small, are not nominal damages.

If the market rate on the date of the breach is not proven, the plaintiff shall be entitled to nominal damages. However, the fact that the buyer does not sustain any actual loss as a result of the seller’s failure to deliver the goods is no reason to award the buyer nominal damage.

In cases where an offense is proven, many authorities may claim substantial damages even if it is not only difficult but also impossible to calculate the damages with certainty or accuracy. In all these cases, however, the extent of the breach has been established. There was a complete failure to perform the contract on one side. However, where the breach is partial and the extent of the failure is determined, only nominal damage is awarded. The plaintiff who can not show that after the breach he would have had the contract performed, he is in a worse financial position, usually, recover only nominal damages for breach of contract.

In certain circumstances, by taking into account the motives or behavior of the defendant, the court may award more than the normal measure of damages. Such damage may be:

Where the motives, conduct or manner of inflicting the injury on the defendant may have aggravated the damage to the plaintiff by injuring his proper feelings of dignity and pride, the damages awarded to compensate the plaintiff would be aggravated. These are awarded in tort, but not in a contract because the motives and conduct of the defendant are not to be taken into account when assessing damages and it is not to be awarded in respect of feelings of disappointment or injury; they are too remote. Thus, if an employee is wrongly dismissed from his job, the damages payable to him will not include compensation for the manner in which he is dismissed, for his injured feelings, or for the loss that he may suffer from the fact that the dismissal of himself makes it more difficult for him to obtain fresh employment.

Damages are said to be liquidated once agreed and fixed by the parties. It is the sum agreed by the parties by contract as payable on the default of one of them, Section 74 applies to such damages. In all other cases, the court quantifies or assesses the damage or loss; such damages are unliquidated. The parties may only fix an amount as liquidated damages for specific types of a breach, then the party suffering from another type breach may sue for unliquidated damages resulting from such breach.

What does loss or damage mean?

The word loss or damage means:

Consequential damage or loss usually refers to pecuniary loss resulting from physical damage, such as loss of profit sustained due to fire damage in a factory. When used in the exemption clause in a contract, consequential damages refer to damages that can only be recovered under the second head in Hadley v Baxendale, i.e. the second branch of the section, and may also include recovery of profit and losses under the first branch.

Another term incidental loss refers to the loss incurred by the complainant after he became aware of the breach and made to avoid the loss, i.e. the cost of buying or hitting a replacement or returning defective goods.

How to measure the damage caused?

What does the remoteness of damages mean?

The term remoteness of damages refers to the legal test used to determine which type of loss caused by contract breach can be compensated by awarding damages. It has been distinguished from the term measure of damages or quantification which refers to the method of assessing the money the compensation for a particular consequence or loss which has been held to be not too remote.

How to test the remoteness?

In deciding whether the claimed damages are too remote, the test is whether the damage is such that it must have been considered by the parties as a possible result of the breach. If it is, then it can not be considered too remote. The damage shall be assessed on the basis of the natural and probable consequences of the breach. Actual knowledge must be demonstrated that mere impudence and carelessness is not knowledge.

The defendant is only liable for reasonably foreseeable losses- those who would have reason to foresee the likelihood of future infringement if a normally prudent person in his place had this information when contracting.

The remoteness of damage is a matter of fact, and the only guidance that the law can give is to lay down general principles.

The principle governing the remoteness of damages was elaborated in the landmark case of Hadley v. Baxendale. The rules stated in this case were that a party injured by a breach of contract could recover only those damages which were either to be considered “reasonably as arising naturally, i.e., according to the usual course of things” from the breach, or could reasonably have been considered by both parties at the time they entered into the contract as the likely result of the breach. This is the basis for understanding special damages. In this case, the Court acknowledged that the defendant’s failure to send the crankshaft for repair was the only cause for the plaintiffs’ mill to stop, resulting in loss of profits.