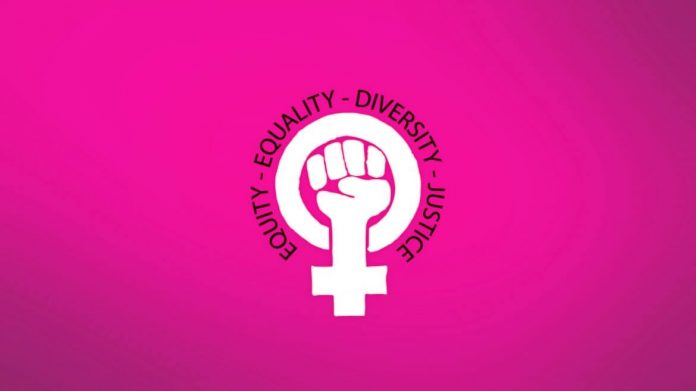 This article is written by Aparna Jayakumar, from Guru Gobind Singh Indraprastha University. This article envisages the concept of feminism on the cyberspace and OTT platforms, as per the current generation terminologies.

India started to look inward after independence to address social problems and establish a holistic development strategy for women. As the state recognized the intersectionality of caste, class, and society, the second wave of feminism grew in scope. The campaign moved into the private sector to demand equal rights in marriage, divorce, inheritance, dowry, sexual abuse justice, and other areas.

India was late to adopt digital platforms but quickly caught up, outperforming numerous benchmarks in the field of digitization. People became addicted to social media sites such as Facebook, Twitter, Instagram (much later), YouTube, and others as our country’s digitalization progressed. The internet allowed us to reach the largest possible audience.

But it wasn’t until 2014 that the “web series” trend came like a flash to India, and quickly spread across the nation. What distinguishes the internet as an informative and entertainment medium is that it is relatively free of censorship and budget constraints, giving creators much-needed creative freedom in terms of material, genre, styles, and narratives.

Like a traditional TV show, a web series is made up of episodes that are viewed on the internet. Another technological distinction between web series and television series is that a web series does not typically require large production budgets, celebrities, or large media companies. The web series culture in India is regarded as a new age of narrating women’s stories, representing their lives, with the advent of Netflix, Amazon Prime, Hotstar, and other streaming platforms and their original content. The purpose of this article is to verify these arguments by analyzing content based on women’s journeys, ambitions, and struggles.

Understanding the concept of feminism

Feminism refers to social, economic, and political movements and theories that address gender inequality and the pursuit of equal rights for women. The history of the feminist struggle is frequently referred to in the west as “waves of transition,” representing the movement’s peaks and troughs. The first wave of feminism emerged in the late nineteenth and early twentieth centuries, with the primary aim of securing women’s rights.

A feminist is someone who advocates for any “specific” gender inequality that women face. Female infanticide, female genital mutilation, etc, are examples of these inequalities. Only true feminists are worried about these issues.

Feminazis, on the other hand, will never talk about these issues. Instead, they’d concentrate on man-hating and silly issues like blaming men for conflicts and so on. Inequality against women, on the other hand, is no laughing matter, especially in the middle east and third-world countries, where feminism is a must. It is undeniably true that feminazis in first-world countries are misusing the idea of feminism and wreaking havoc. They have no idea that their acts are tarnishing the image of true feminism.

A real feminist also does the following:

People generally despise the idea of feminism because they have only seen it in its “Nazi” form. Take a peek at the true feminists if you despise feminism because of the feminazi turmoil. To begin with, recall Emma Watson’s UN voice. Emma is a feminist, not a feminazi. If you listen to the speech with an open mind, it will make sense. Also, look up Malala Yousafzai to learn more about what happens to women in Pakistan. Feminists include Christina Hoff Sommers and Emma Watson (to a degree). They are true feminists, both inspiring and logical.

Feminism is the belief in gender equality in social, economic, and political matters. Feminism is a global movement that is reflected by numerous organizations dedicated to advancing women’s rights and interests, despite its origins in the west. Feminism has different meanings on the internet and in real life worldwide, be it social media or OTT platforms, or any other internet-run platform. With a cultural move toward the new age, feminist mass media and cinema have played a key role in encouraging this crucial change. Scripts with powerful female protagonists, radical concepts of liberation, and sexual reclamation are all the rage right now. It raises the question of whether these new launches are motivated by; relevance or change?

The commercialization of a contemporary feminist movement allows for discussion, dialogue, and, where necessary, outright defamation. It’s important to acknowledge that leisure entertainment is making progress in the right direction. It’s also crucial to be critical of spaces that promote the same regressive narrative that they claim to oppose.

Tara from an Amazon Prime series Made in Heaven demonstrates to the world that a career-oriented woman can be as feminine as she wishes while always pursuing her goals and leaving no stone unturned. Stereotypes are being demolished. There’s no denying that TVF Tripling’s series, Lust Stories, Ladies Room, Ghoul, and Sacred Games gave us strong female characters with a voice and a mission. But it’s crucial to see if these women were relatable and willing to hold up a mirror to a culture that judges gender identities, deny women sexual agency, and normalizes patriarchal wrongdoings. This article will go on further to look at how many web series with female characters are solely focused on female content. For instance, an Amazon Prime series, Four More Shots Please, a documentary about female friendship, flawed lives, and modern women’s blunders, however, this type of content is created exclusively for and by women.

The Netflix series Sacred Games tells the story of organized crime, corruption, money, and gang wars. Ganesh Gaitonde, a gangster who has been missing for 16 years, calls a troubled police officer named Sartaj Singh and tells him that Mumbai will be destroyed in the next 25 days. A decent cop is led to a fugitive gang leader by a link in their pasts, and the officer’s mysterious message propels him on a mission to save Mumbai.

Surprisingly, it is not just women who like to watch shows in which the protagonist is a woman. “Men account for 70% of subscribers, while women accounted for 30%, and 85% of the entire subscription list tuned in to see the Hoichoi original series ‘Hello,’ which featured two female leads. This demonstrates that the audience has matured and appreciates female-led shows,” said Vishnu Mohta Co-founder of Hoichoi. To commemorate the spirit of Woman’s Day, the platform has unveiled a new display called “Aste Ladies.” The medium offers a particular edge over commercial cinema.

People may engage in ongoing dialogues on a variety of topics, from patriarchy and gender politics to personal experiences, thanks to the internet’s virtual existence and interconnectedness. With cyberfeminism becoming the norm, it’s more important than ever to think about who’s in charge of the conversation and how it applies to race, class, and other social structures. Women-oriented videos on demand on OTT platforms have had strong years mostly after 2014, and most have been able to crack gender stereotypes. In recent years, the OTT platforms have generated and promoted more female-centric content than conventional cinema has in the previous five years.

A web series is seen as a platform that produces “relatable content” for women, and most web series that deal with female friendships or young women’s struggles, for example, females that are set in cities. Then there’s the issue of women and girls who don’t live in cities. In this situation, the web series with such material becomes unrelatable to the general public. Another fact is that a female-oriented web series, mostly, depicts a woman as a single mother, an ambitious professional, a troubled young woman, and so on, all of which are qualities that characterize womanhood (by societal standards). However, this phenomenon does not appear in web series with male protagonists.

The proliferation of content on Over-the-Top (OTT) channels has resulted in a diverse range of entertainment choices. On online entertainment sites, audiences have a plethora of options regardless of genre or language. When it comes to feminist material, it’s no different. Disney may have had the most significant feminist influence on popular culture in recent memory. With the release of Frozen in 2013, Disney promoted a traditional princess story. A talking snowman, singing and dancing characters, and pictures of two princesses dominated the trailer for the film.

Indian web series has seen a huge increase in content, it gives creators more artistic freedom than movies. They are a perfect place to portray sensitive and triggering topics. The web series needs to expand its scope and appeal to viewers outside urban areas. Even if the web series continues to produce more and more female-empowering material, it will all be in vain if it does not reach the right audience. The gap in internet connectivity between men and women cannot go unnoticed. Feminism is somehow both a negative and a positive concept, positive because it helps address gender-related issues and inequalities but negative because we need such a concept in the first place to uplift women. Isn’t that sad? if you think practically. Thus, the overall concept of feminism is a necessary evil in this generation and even in the coming generations.

Analysis on the addressal of intersectional oppression