This article is written by Vidhi Birmecha, pursuing an Introductory Course to Legal Writing from Lawsikho.

After 72 years of Independence, living in the 21st century, we have been able to get rid of many social evils. Yet what has not left the minds of Indian people is the concept of dowry. The case of Gurmeet Singh vs the State of Punjab is one such case, wherein the accused-appellant has harassed and physically assaulted the deceased as the demand of dowry was not fulfilled. The court held that all the essential ingredients of Section 304B IPC have been satisfied and the appellant’s appeal was dismissed. The case mentioned below is of utmost significance regarding dowry death and focuses on how it is still a major social evil.

The above case Gurmeet Singh vs The State of Punjab falls under the appellate criminal jurisdiction and has been an appeal from the accused. The earlier judgement dated 15.03.2010 was passed by the High Court of Punjab and Haryana at Chandigarh via a criminal appeal.  Both the High Court and Trial Court dismissed the appeal and convicted the appellant under Section 304-B IPC and sentenced him to undergo rigorous imprisonment for seven years and a fine of Rs.5000/-

Issues before the court

The provisions in question in aforesaid judgement are Section 304-B (Dowry death) and Section 498-A (Husband or relative of husband of a woman subjecting her to cruelty).

By the term ‘cruelty, we mean –

Arguments put forth by Appellant’s counsel

Arguments put forth by Respondent’s counsel 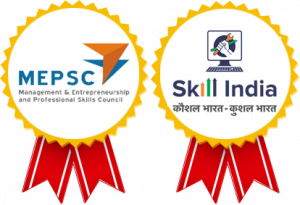 It was held by the Supreme Court of India that the accused-appellant was rightfully convicted under Section 304-B IPC. All the above-mentioned facts match the evidence, testimony and materials put forth by the respondent.

In the light of the above findings, after closely pursuing the relevant material, evidence, testimony put forth, it was held that the High Court and Trial Court have not committed any error in convicting the appellant under Section 304B IPC as there was a failure in discharging of the burden under Section 113B Evidence Act.

Cases referred by the court

In the recent judgement of “Satbir Singh vs the State of Haryana, the relevance of Section 304-B IPC and Section 113B Evidence Act was stated which plays the key feature in the case of Gurmeet Singh vs the State of Punjab. In the above case, the court cited the essential ingredient of both the sections and its importance while establishing the offence of dowry death.

The above points are cited by the appellant’s counsel which the court has corrected with reference to the above case.

In relation to proving the incompetence of charges under Section 304B IPC and Section 498A IPC otherwise, a conviction cannot be sustained. In this aspect, the court referred to the case of Kamesh Panjiyar vs the State of Bihar.

The court has cited explanations about Section 498A IPC and Section 304B IPC as again it forms the basis of a judgement given.

If the case is established there can be a conviction under both sections.

Dowry death is one of the most burning issues still prevalent in Indian society. It is true that we do have legal provisions in place but in spite of that, the ill mentality of some sections of our society is not letting go of this social evil.

Therefore, in the cases like Gurmeet Singh vs the State of Punjab, wherein the court takes a strict stance at the offence of dowry death, it goes on to set a notable precedent. The court held the appellant responsible for the death of the deceased wife and convicted him under Section 304B IPC. This goes on to become one of the most important cases to understand the legal provisions around dowry death as the court in the judgement has explicitly cited the explanations of Section 304B IPC, 113B Evidence Act and 498A IPC. These sections draw the basics of dowry death and once these grounds are satisfied, the accused can be held responsible.