This article is written by Shivani Srivastava who is pursuing a Diploma in Advanced Contract Drafting from Lawsikho.

‘Act of God’ or ‘Force Majeure’ is an event, where a party to a contract of non-performance is excused or has frustrated the contract rendering it impossible or impractical to perform. In this article we will see the legal permissibility of the same and what are its repercussions, and what role would Courts play if such a non-performing party is sued for breach of contract.

As per Black’s law dictionary, ‘Force Majeure’ is an event or effect that can neither be anticipated nor controlled. It is a contractual provision allocating the risk of loss if performance becomes impossible or impractical, especially as a result of an event that the parties could not have anticipated or controlled.

From the perspective of contracts, the ‘Force Majeure’ clause pardons a party from performing it’ obligations under a contract upon the occurrence of a force majeure event.

The term ‘Force Majeure’ is not defined anywhere but derives its reference from the Indian Contract Act, 1872 which contemplates that if the contract contingent on the happening of an event which becomes impossible, then the contract becomes null and void. The Indian Contract Act 1872 (hereinafter the “Contract Act”) regulates “Force majeure.” Where there is an explicit or implied clause in a contract stipulating ‘Force Majeure’ occurrences, it shall be regulated by Chapter III dealing with the contingent contracts and, more precisely, Section 32 — that is, a term or condition enforceable upon the occurrence of an uncertain future event (contingent) and provides for its consequences.

If a Force Majeure event occurs dehors the contract, it is dealt with by a positive rule of law pursuant to Section 56 of the Contract Act-which provides that an arrangement to do an act impossible in itself is void; and that a contract which becomes impossible or unlawful to execute due to an intervening event is void in law after it has been entered into.

Force Majeure doctrine is often mixed and overlapped with the doctrine of contract frustration or the inability of performing. If performance of an act becomes impossible or unlawful, after a contract has been executed, and such impossibility is due to an event which the party undertaking the performance could not prevent, then such contract itself becomes void or one can say that the contract becomes ‘frustrated’.
Hence, frustration is the happening of an act outside the contract and such act makes the completion of performance of a contract impossible.

Usually, a contract is assumed to have been violated if contract execution is impossible. The word “impossible” was held not to be restricted to physical or literal impossibility. An act may not be actually impossible to execute, but it does look useless from the point of view of parties.

The doctrine of contract frustration is a part of the law of contract discharge due to a supervening impossibility or illegality of the act agreed to do.

Unlike the Force Majeure clause, which is usually in the form of a contractual provision, the frustration of a contract or the impossibility of performing it is given by statute in compliance with section 56 of the Contract Act. Accordingly, if the contract does not explicitly or implicitly include exemptions for non-performance in the context of Force Majeure, a party seeking to set up a defense dehors the contract can place reliance on section 56 of the Contract Act. 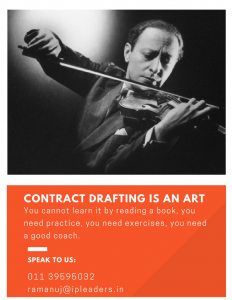 Consequences of Force Majeure and Frustration of contract

Whereas, in the event of complete contract frustration, it is well-established law that the consequence according to section 65 of the Contract Act follows, i.e., the principle of restitution. The principle of restitution states that, if a contract is void or frustrated, any person who has gained any benefit under that agreement or contract is obliged to return it to the person from whom it was obtained. Therefore, the consideration received from the other party must be reimbursed if the contract is frustrated.

The clause(s) wordings also get very significant. Some contracts allow for it to be put on hold until the case of force majeure is resolved. Most contracts provide for time limits, after which either party can terminate the agreement with written notice to the other party. Others demand that the contract remains in place until the case of force majeure is resolved. The burden of proof rests with the party which wishes to invoke force majeure clauses, and these clauses have historically been interpreted very narrowly by the courts. And if the party intends to invoke the force majeure clause, the contract’s dispute settlement provision shall be reviewed and the correct adjudicatory process shall be followed by the procedure referred to in the terms of the agreement, or law of the land, whichever applies.

Force Majeure and the doctrine of contract frustration are continuously considered exceptional protections in situations of complete impossibility. While the standard of proof remains high, the Courts will more actively assess the practicalities of the cases. Nonetheless, it is best left for the parties to draft relevant Force Majeure provisions that include events stopping them from performing contracts. Therefore, an increase in the number of commercial contracts that contain Force Majeure clauses is very likely to cover particular circumstances such as lockdowns, epidemics, and pandemics enforced by the government, aside from typical occurrences such as God’s Act, natural calamities, etc.

The parties can also invoke the doctrine of dissatisfaction under Section 56 of the Indian Contract Act, 1872, in the absence of a force majeure clause. Parties must prove that the performance of a contract has become impossible in order to invoke the same, and the terms and conditions have become fundamentally different from those specified in the contract. It is also necessary for the parties to invoke different provisions such as price variation clause, restriction or exclusion provisions, material adverse change clauses, and several other clauses to restrict liability resulting from non-performance or partial fulfillment of contractual obligations. The right to assert these grounds would rely on the language of the Contracts, on the application of the case-laws to such clauses and on how such clauses will be treated by the courts, the courts, and other adjudicators.

The English frustration position recognized by the Supreme Court of India also recognizes the aspects to be considered are the terms of the contract itself, its matrix or meaning, the experience, expectations, assumptions, and concerns of the parties, in particular with regard to risk, as at the time the contract was entered into, to the degree that these can be jointly and objectively ascribed.

There is exists a high threshold for proving that a contract is frustrated. For the purpose of saving form this risk, it is very important to pro-active and cautious as possible at the outset.

Where a contract comprises a force majeure clause and the court finds that the force majeure provision in the facts of the case will apply, then Section 56 of the Contract Act will not apply. The doctrine of contract frustration cannot be extended where the incident claimed to have aggravated the contract occurs out of a party’s act.