This article is written by Shankarlal Raheja, pursuing a Certificate Course in Advanced Civil Litigation: Practice, Procedure and Drafting from LawSikho.

Jurisprudence originated from a Latin word jurisprudentia where juris in Latin means law and prudentia means skill or knowledge. Thus, jurisprudence implies knowledge of law and its applicability. Jurisprudence may be further classified into three branches:

The jurisprudential study helps us understand the ever evolving changes in society and therefore the law. It also renders the complexities of the law manageable which in turn sharpens the rational and logical technique of a legal practitioner. Jurisprudence can be helpful to the people to find remedies to new legal problems in the ever-changing socio-economic world. In a way, the study of Jurisprudence provides guidelines to the judges and the lawyers and assists them to ascertain the true meaning and intent of the laws enacted by the legislatures by stipulating the rules of interpretation. It is an examination of the ideas and techniques of law for a legal practitioner’s lens.

Albeit crime is inevitable in a man-based society and existence of the legal system is imperative to punish the wrong doers of the society, to reform the society and to establish and maintain peace and harmony. In a crime of any nature, there are two main parties involved namely, the accused and the victim. In most of the heinous crimes, the victims are represented by a public prosecutor. Just like the victim, the accused also has the right to legal representation. It means that no man shall be the judge of his own case and both the parties have the basic right to be heard which is expressed in Latin with the phrase “audi alteram partem”. Hence, even an accused deserves and has the right to legal representation. The right to get a fair representation is enshrined under the scope of right to equality, guaranteed under Article 14 of the Constitution of India.

Rights of accused, in law, guarantee him a fair trial. These rights include right to trial by jury (unless jury trial is waived), to representation by counsel (at least when he is accused of a serious crime), to present witnesses and evidence with objective to enable him to prove his innocence, and to defy and challenge (i.e., cross-examine) his accusers.

An accused person cannot languish indefinitely in jail as the state is obligated to provide him an opportunity to a speedy trial. Entangled with this issue are the rights of the accused to a reasonable bail and prohibitions against being detained for more than a specified time without bail.

Right to a fair and just trial

The legal provision regarding the right to a fair and just trial can be extracted from the Indian Constitution as well as a lot of Supreme court and High court judgments since no specified law has been stipulated in this regard.

Article- 14 of the Indian Constitution states that ”every individual is equal before the law” which means that all the sides in a legal dispute must be treated equally.

There is a need to carefully evaluate the Principle of natural justice in respect to both the parties.

Furthermore, a right to a speedy trial has also been reinstated in the case of Huissainara Khatoon v/s Home Secretary, State of Bihar where the court observed that “the trial must be disposed of as diligently as possible”.

Right to consult a lawyer of his own choice

Article- 22 (1) of the Indian Constitution provides that every arrested person has the right to choose and elect his own lawyer to defend him in the court of law for whatever crime he may/ may not have committed.

Section- 41D of CrPC permits prisoners and convicts/accused to consult their lawyers even during their interrogation.

Section- 303 of CrPC states that even if the criminal proceedings have already begun the alleged convict/ criminal the right to fair trial and has the right to be defended by a competent lawyer of his own choice.

Moreover, this right to free legal aid for the accused cannot be refused even when the accused fails to ask for it himself. Now, a key note to remember, if the government is unable to provide free legal aid to the poverty-stricken accused person, then the whole trial will stand to be void and the right to equality and other rights enshrined in the Constitution would be absurd and meaningless. Further in Sukh Das v/s State of Arunachal Pradesh where the Court restated that, an accused person cannot be refused merely if he right of a poverty-stricken even though the accused fails to apply for the same”.

Section- 304 of CrPC provides a very significant right to every accused who is set to appear before a Sessions Court to appoint him a lawyer (free of cost) at the expense of the State. The court may appoint a lawyer if the accused has no sufficient means to appoint himself a lawyer for his case then.

The legal trial and proceedings follow the basic principle of natural justice. The Constitution and Criminal Law has given few special rights for the accused. They are as follows:

In the case of Sheikh Mukthar v. State of Andhra Pradesh, it was held by the Court that if an accused has not been represented before the Court, then it has to either appoint an Advocate or refer the matter to the Legal Services Committee and request them to make such an appointment.

The Supreme Court held in the case of Shankar v. State of Maharashtra that an appeal of the accused can be dismissed on the basis of merits only after hearing either the accused or his counsel.

In another judgment of the Supreme Court, K. S. Pandurang v. State of Karnataka, it was held that the decision on the appeal for conviction should not be taken in default and must be allowed and decided on the merits of the case even if the appellant or his counsel is not present.

Consequences of prohibiting the right

The primary principle followed by the courts of law is ‘innocent until proven guilty’. An accused is a person who is merely suspected of committing the crime and not proven. If he is devoid of his right to legal representation, then he will never have the chance of proving himself as innocent. The criminal Law jurisprudence holds, that “let hundreds go unpunished but an innocent should never be punished”.

India faces a huge problem of illegal arrests as well as custodial deaths, which are majorly caused due to illegal arrests. These problems undermine the essence of Article- 21 of the Indian Constitution as well as the fundamental human rights that are available to all under the Universal Declaration of Human Rights. The legal system in India is impartial and equal for all, be it an accused or a victim. The accused has the basic right to be heard and be represented. This right of the accused is protected under the Constitution of India. The accused has to be given a fair chance to prove his innocence and he deserves to be treated with the same dignity as any other human being. 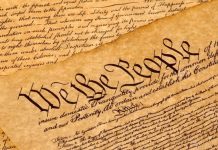 Treaty-making power under the Constitution of India 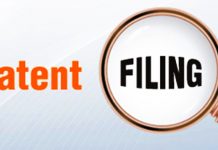 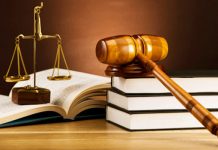