This article is written by Anuraag Bukkapatnam who is pursuing Certificate Course in Securities Laws, Insider Trading and SEBI Litigation from Lawsikho.

Not for profit organizations (such as NGOs, charities, foundations and so on) which seek to do business in order to fulfil certain social objectives (as opposed to the traditional conception of wealth maximization) often face various constraints and are not always in a position to replicate the successes of modern business approaches. Lack of business expertise coupled with a lack of/underutilization of resources leads to systemic underperformance of these social enterprises. It is in this area that we see the development of a new breed of entrepreneurs called ‘Social entrepreneurs’. Unlike the entrepreneurs of the previous generations who considered their role to be wealth maximization, social entrepreneurs focus primarily on harnessing their entrepreneurial talent in order to solve certain key issues plaguing the society, while at the same time ensuring that the enterprise is profitable and self-sustainable. However, while these entrepreneurs seek to create a self-sustainable organization, they do ultimately depend on external sources for finance. This is where a new breed of investors known as ‘Social Impact Investors’ (‘SIIs’) step in.

SIIs represent a blend between traditional financers and altruism, with their objectives usually representing a balance of the two. SIIs and Social entrepreneurs have together been changing the way we tackle key issues in society such as sustainable agriculture, water conservation, affordable housing, access to health care, and so on. As a result of these factors, impact investors ranging from wealthy philanthropists, family offices, and private foundations to large institutions such as Pension funds, Insurance companies, and so on have together created a 715-Billion-dollar global market for Impact Investing.

Given the huge gap between the demand and supply for socio-economic services such as healthcare, agricultural support, affordable housing, access to clean water, waste management and so on in India, there exists a largely untapped market for social entrepreneurs who seek to solve these issues which receive inadequate governmental attention. As a result, a large number of investment funds have sought out to support such enterprises, with approximately 5.2 Billion dollars being invested between 2010-2016. Furthermore, impact equity investments accounted for approximately 1/5th of all equity transactions in Indian in 2014-15. This growth in impact investing has also been aided by the Indian government which has sought to incentivize impact investing in multiple ways. In this article, I shall be dealing with one such proposal in India, which is the ‘Social Stock Exchange’

SSEs, can be understood as trading platforms that enable social enterprises to raise funds from SIIs who seek to invest in such enterprises. While there is no single global definition of what “social enterprises” are, it is widely accepted that businesses that have a social, environmental, or development focus collectively attract this label. The Securities and Exchanges Board of India (Alternative Investment Funds) Regulations, 2012 (‘AIF’ regulations) adopts a similar conception of social enterprises and defines it as as trusts, societies, companies and so on which are formed “with the purpose of promoting social welfare or solving social problems or providing social benefits”. SSEs provide a platform for such enterprises, where entrepreneurs can raise capital directly from the public at large.

The SEBI working group report on the social stock exchange saw the objective of creating an SSE as creating an institutional framework which makes it easier for both entrepreneurs and investors to raise funds. Social entrepreneurs can decrease the cost of approaching various investors individually for funds. At the same time, investors can easily invest in social enterprises and can cut down on costs pertaining to identifying whether the enterprise is legitimate or not. This is because a typical SSE consists of various filters to participation, as a result of which only those enterprises which are genuinely working towards the advancement of any social cause are permitted to raise funds from the exchange. These enterprises would also be required to maintain a high ethical and reporting standard in order to ensure that the funds are being utilized in the right manner.

The second category of crowd-funding, however, involved investment with a return on investment as one of the objectives. There are two major ways of return-oriented crowdfunding. The first involves a peer to peer lending model, where a social enterprise can raise funds by issuing debt instruments to the public. One example of such a concept can be seen in the case of ‘green bonds’. These bonds refer to debt instruments that are issued by companies that seek to use those funds to work on projects which have a positive impact on the environment.

An SSE can help social enterprises raise debt without having to worry about the hassles of formal banking sectors at lower rates of interest. This can be particularly useful for those social enterprises which expect a fairly predictable cash flow in the future. The other sub-category of investments includes raising funds in lieu of equity in the enterprise. Investors in this model become shareholders in the social enterprise and would be entitled to any profits as well as would have all the other rights which come along with ownership of shares.

While SSEs represent a creative and unique framework to boost social impact investment, they also pose many challenges that can, potentially, lead to harmful/undesirable consequences. A few of them include the potential for conflict of interest, difficulty in valuation/measurement of performance, and the problems posed by a ‘white man’s burden’.

A significant criticism against for-profit social impact investment is the potential for a conflict of interest between the investors and the ultimate mission objective of the enterprise. An illustration of this can be seen in the case of Micro Finance Institutions (‘MFIs’) in the state of Andhra Pradesh, which aimed at providing affordable microloans to farmers and rural women at affordable rates of interest. These institutions performed a crucial role of extending credit to the marginalized who otherwise could not secure the same because of lack of collateral.

However, it is important to note that these MFIs were funded not by philanthropic foundations, but rather by commercial investors who prioritized profits. Under increased commercial pressure from their investors, some MFIs in Andhra Pradesh began prioritizing growth targets over social impact, effectively departing from their social mission. These MFIs began engaging in aggressive ‘over lending’ and debt collection practices that eventually led to a wave of borrower suicides in 2010. In order to ensure that such a system is not replicated, SSEs must have a strong framework to ensure that social enterprises do not drift away from their objectives and that commercial investors are not able to influence the management of these enterprises.

Challenges of Valuation/Measurement of performance

Unlike in traditional stock markets, where the performance of a company can clearly be measured by measuring its financial performance, social enterprises give priority to achieving social objective too. This poses a unique challenge for investors, who need to measure the overall social impact of a particular enterprise in order to determine whether it has fulfilled its mission and is worthy of receiving any more funds. Therefore, SSEs must ensure that enterprises which seek to raise funds on the platform must state, in an objective manner, the goals it seeks to achieve (as opposed to making a general statement that it is committed to any particular cause). These disclosures can be made in a prospectus styled document.

Another significant cause of concern pertains to the potential for over-zealous entrepreneurs who impose their conception of ‘development’ onto people who do not agree or are fundamentally opposed to the same. This can particularly be seen in cases where, in the name of ‘development’, efforts are made to break down tribal culture and tradition. It is extremely important in case of social enterprises to include the views of those stakeholders whom the enterprise seeks to help. Their views must be brought before investors in order to help them better understand the ground realities of the actions of the enterprise. This can help ensure that the biases and prejudices of the entrepreneur do not result in harm being caused to any marginalized or disadvantaged community.

It is well settled by now that the burden of sustainable development and extension of welfare to the masses cannot be placed solely on the state. As we move away from a welfare state system to a more market-oriented economy, the role played by private entities in ensuring an equitable distribution of resources becomes extremely important. This is especially so in contemporary India, where the government is increasingly finding itself incapable of being able to fully address the coronavirus pandemic and protecting the most vulnerable sections of the society. An institutional framework to help finance social enterprises coupled with appropriate tax incentives can go a long way in helping India recover from this pandemic and progress towards a more just and equitable society. 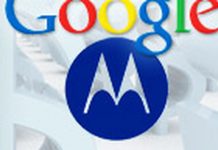 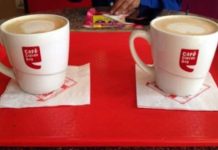