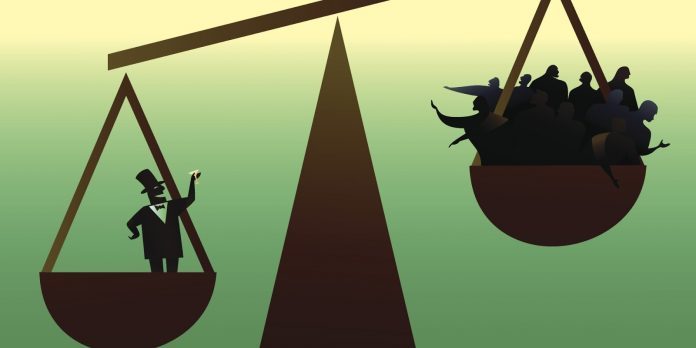 This article is written by Ravi Shankar Pandey, a 1st-year law student of Dr. Ram Manohar Lohia National Law University, Lucknow. The article mainly discusses Undue Influence along with its types under the Indian Contract Act, 1872.

Section 13 of the Indian Contract Act (ICA) defines consent as the meeting of minds of the parties i.e. consensus ad idem (when they are in agreement on the same thing in the same sense). Section 14 further qualifies consent as an important ingredient of a valid binding contract as has been mentioned in Section 10 by stating that “Consent is free unless it is caused by Coercion (Section 15), Undue Influence (Section 16), Fraud (Section 17), Misrepresentation (s 18) or Mistake (s 20-22). A contract entered under influence of the defendant is enforceable at the option of the plaintiff (the party whose consent was so caused) and voidable under Section 19A of ICA.

What is undue influence?

The burden of proof to prove that the contract was not affected from undue influence lies with the defendant i.e. the person who was in a position to dominate the will of the other. In addition, this section mentions that it will not affect Section 111 of the Evidence Act, 1872 which talks about good faith in the transaction between the parties.

The Principle of equity

The doctrine of Equity which was established by English Courts of King’s Bench, the Exchequer and the Court of Common Pleas talks after unjust enrichment and is applicable in every case where there is the acquirement of influence and its abuse and where there is reposition or betrayal of confidence. Thus, every contract which involves undue influence comes under the ambit of the principle of equity.

The judgement in Allcard v. Skinner[1] classified the cases on undue influence in two parts- those in which there is a charge against donee or where there is an abuse of opportunities which a person got through his duty. The court in above case further elaborated on the ratio of the judgement and stated that “in the former case the remedy is given on the principle that no one should be allowed to retain any benefit that he gets through his fraudulent or illegal activities and in later cases it is based on the grounds of public policy so that it can prevent the abuse of influence between the parties by preventing relation between them”.

There are two conditions which are needed to be proved by the person seeking damages[2]:

But here, a joint discussion of all the cases would be feasible and will prevent the confusion in understanding them. Mainly, all the cases of undue influence fall under the following categories.

Illustration- A entered a contract with B, who is a minor and is unable to understand the complex terms of the contract. Unless A proves that the contract was entered in good faith and with adequate consideration, it will amount to undue influence

The threat to prosecute

The doctrine of inequality in bargaining power

This doctrine deals with those cases in which one party took advantage of others bargaining power and necessity and pressurizes it to enter into the contract. This doctrine is applied in the cases of contracts as an independent principle. In Lloyds Bank Ltd v. Bundy[9], the bank was held liable as there was the existence of a special relationship of confidence which was vested in them by the father of the person in regard to his debt.

The doctrine was further discussed in the case of Central Inland Water Transport Corporation Limited v. Brojo Nath Ganguly[10] when petitioner’s services were terminated by giving a three-month notice under the terms of the contract through which he was employed which as alleged, was arbitrary under Article 14 and was bad in law. The court held that “a contract which was entered between the parties who are not at the same footing in their bargaining power will be not enforced by the court”.

Contract with a pardanashin women

‘Pardanashin’ means hidden behind the veil or a screen. It refers to a woman who practices seclusion. The ground on which this doctrine is established is that “such women are less conscious and can be easily influenced with very little external manifestation. This rule is not limited to an only veiled woman but is also extended to those women who are not technically pardanashin but are illiterate, old or sick. But, this principle also applies to men as in Daya Shanker v. Bachi[11], who by their physical or mental capacity are prone to easy influence and after inducement tends to enter into contract or transactions relating to purchasing and sale of the property. The principle on which the protection by law is accorded to a pardanashin women is based on equity and good conscience.[12]

Who can plea against undue influence?

As held in M Venkatasubbaiah v. M Subbamma[13], the plea of undue influence has to be from the party or from its legal representatives[14] who have executed the document or formed the contract under such influence from the other party. Any third party is not allowed to claim adversity or lack of consensus in any manner even if he feels so. But, a contract is fit to be set aside if there was undue influence by any other (third party) party[15] other than that in the contract. Similarly, a party to the contract can lose its rights under the contract if it was in conspiracy with a third party[16], was an agent or principle of the third party by the aid of which it was able to exercise his influence over the contract.

Under Section 19A of the Contract Act, an agreement induced by undue influence is voidable at the option of that party whose consent was taken by influencing him/her. Performance of such agreements may be avoided absolutely or on prescribing certain terms and conditions.

While concluding, it may be said that undue influence is one of the ways under which there is inadequate consent as defined under Section 13 of the Act. In addition, the formation of a contract by misusing one’s influence violates the principle of equity. Thus, in fiduciary and other relationships where one party enjoys real of apparent authority or influence, one must ascertain that the contract he/she has made is free from any external manifestation. However, such contracts are voidable at the option of the party whose consent was so taken under Section 19A and cannot be enforced in Court of law.